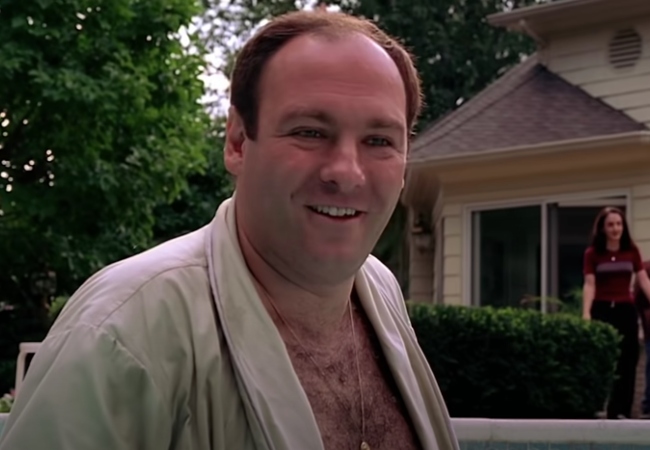 David Chase is considering a sequel series to The Sopranos prequel film The Many Saints of Newark; Netflix employees spoke out against transphobia at Wednesday’s walkout; AMC is rolling out open captions for deaf and hard-of-hearing moviegoers. All in today’s Movie News Rundown.

But First: On this week’s episode of the MovieMaker podcast, our guest is Sandra Lipski, the founder of the Evolution Mallorca International Film Festival. Located on the gorgeous Spanish island where Lipski spent much of her youth, her festival is celebrating its 10th anniversary this year. You can listen to the conversation on Apple or Spotify or right here:

Sopranos Forever: David Chase, the creator of The Sopranos, is in talks to add yet another item to the mafia franchise — a sequel series to the prequel film The Many Saints of Newark that could end up streaming on HBO Max, according to Deadline. Chase said the new project would take place after the events of the film, which takes place in the late 1960s and 1970s, and before the events of the original Sopranos series, which starts in 1998. I am very excited about this since my partner and I just started watching the original series and have not been able to stop talking in a Tony Soprano voice.

Netflix Walkout: On Wednesday, a crowd of Netflix employees left their desks and gathered outside of the company’s Los Angeles headquarters to protest Dave Chappelle’s stand-up The Closer, which many view as transphobic, and co-CEO Ted Sarandos’ refusal to remove the special from the platform. Things got tense when Chappelle supporters also showed to exercise their right to protest, carrying signs saying “we like jokes” as trans-rights advocates carried signs arguing that “transphobia is not a joke.” You can get a glimpse of the scene at Netflix in the video captured by The Hollywood Reporter‘s Kirsten Chuba. Variety also has a great report here.

Home Sweet Nightmare: Just in time for Halloween, the Los Angeles house made famous in Wes Craven’s 1984 classic A Nightmare on Elm Street is for sale, and it can be yours for the bargain price of only $3.25 million, according to Deadline. Located in historic Spaulding Square, the darling three bedroom, four bath Dutch colonial includes a detached guest house complete with its own pergola covered patio, kitchen, and bathroom. Imagine having a cute little getaway for weekend getaways in your own backyard! And don’t worry — Freddy Krueger does not come with the property.

Bring on the Captions: AMC will start offering open captions at 40 percent of its U.S. theaters in an effort to create more accessibility for the deaf and hard of hearing, according to the Washington Post. Moviegoers will be able to find open caption showings on the app and website. The Post notes that captions have been more normalized by TikTok, where almost every video has them — so thank you, TikTok teens, for making the world a better place.

Congratulations: Siân Heder and Ahmir “Questlove” Thompson are being honored with the Sundance Institute Vanguard Award for their respective films CODA and Summer Of Soul (…Or, When The Revolution Could Not Be Televised). The award is presented by Acura, which is the brand of car my dad drove when I was growing up and of which I am therefore very fond. Check out our own Tim Molloy’s conversation with Heder here.

A Beginning: The 2021 Montclair Film Festival begins today in Montclair, New Jersey. Highlights of the festival include an opening screening of Wes Anderson’s The French Dispatch, and in following days, screenings of The Harder They Fall and Dionne Warwick: Don’t Make Me Over, among others. The festival goes until Oct. 30.

Before You Go: Enjoy this very Johnny Depp-heavy scene from A Nightmare on Elm Street.