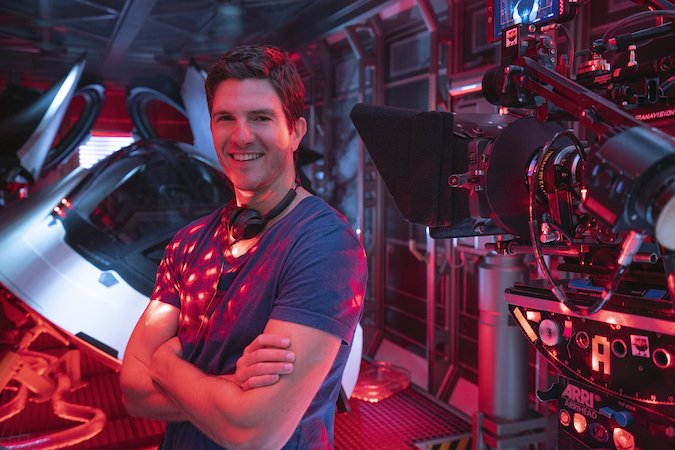 Sonic the Hedgehog director Jeff Fowler says when he first released images of Sonic — and fans savaged them online — he allowed himself “a good hour” to feel sorry for himself. Then he got back to work, and made changes that led to a massive hit.

Sonic the Hedgehog is available on demand tonight, earlier than planned. It’s the end of a wild journey for the film that included a tough moment last spring, when fans got their first look at the trailer and bugged out over Sonic’s teeth and eyes.

Fowler, an Oscar-nominated animator who grew up loving Sonic and Star Wars, tweeted to the fans that he heard their criticisms and would go back to the drawing board. He told the MovieMaker Interviews podcast that Sony and Paramount, the film’s distributor, quickly agreed that they needed to make the fans happy.

“The fact that the message was so clear really made our job kind of easy. There almost was no debate: We need to fix this. We need fans to love this and be in our corner. So it actually ended up being really simple, if a little challenging at the time,” Fowler said.

You can listen to the interview here:

“I probably allowed myself a good hour of feeling sorry for myself, but that’s not gonna fix the problem,” Fowler continued. “Everybody was feeling really great about the movie and excited about the movie and we just didn’t want the perception of the movie to live or die based on the character design.”

He added: “If we could get fans on board with the character design, we felt like we had a really great movie.”

And he and his team did get fans on board. Sonic had the biggest-ever opening for a video game film, scoring $70 million in its opening weekend.

Fowler also talked to us about his openness to a Sonic the Hedgehog sequel, potentially expanding Sonic into a cinematic Segaverse, and what he learned from Deadpool director Tim Miller, who was Fowler’s boss at Blur Studio before Fowler spun off into making Sonic.

In fact, Fowler conducted his interview with us from Blur Studio, where he still has plenty of friends. Miller, who shared an Oscar nomination with Fowler on the animated short Gopher Broke, sat near Fowler as Fowler spoke to us from the Blur offices.

Sonic the Hedgehog, directed by Jeff Fowler, is now available on video on demand. Main photo image: Jeff Fowler on the set of Sonic, from Paramount Pictures and Sega. Photo Credit: Doane Gregory.