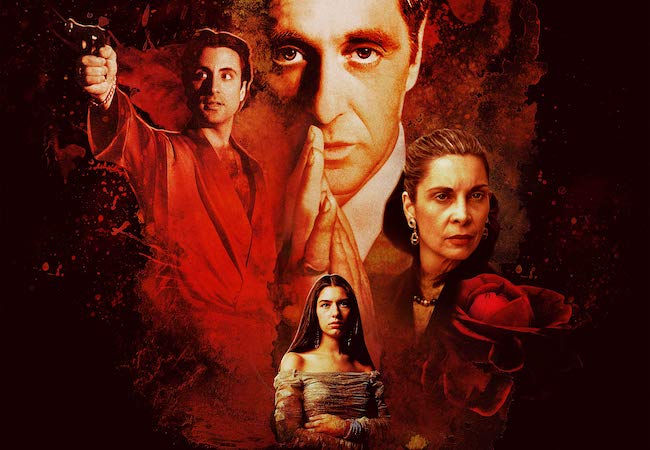 Sofia Coppola was doing her father a favor when she stepped in to replace Winona Ryder in The Godfather III — a favor that were later earn her nasty criticisms at the time of the film’s release, and she’s addressing now that Francis Ford Coppola has re-edited the film as Godfather Coda: The Death of Michael Corleone.

Her character, Mary Corleone, is at the emotional center of Godfather III. Her father, Michael Corleone (Al Pacino) tries to go legit for the good of his family and their legacy, and tries to shelter his daughter from a relationship with her tough-guy cousin Vincent (Andy Garcia.) As the film stresses, “The only wealth in this world is children.”

The new edit reduces the focus, in some key ways, on Mary Corleone. Francis Ford Coppola notably cuts a few notably flat lines she delivered in the original cut of the film, during a scene when Mary questions her father about her role in the Corleone family foundation.

Speaking to The New York Times, both Coppolas recounted how Ryder became sick soon after arriving in Rome to shoot Godfather III. Julia Roberts and Madonna were among the stars considered to replace her, but both were a decade older than Mary Corleone.

The Godfather III was under the gun — Paramount wanted to make sure it came out in time for Christmas 1900. The Coppolas had a shorthand. So Francis Ford Coppola turned to his daughter, who had already appeared in several of his previous films —including the original Godfather, when she was an infant — and knew how he worked.

“It seemed like he was under a lot of pressure and I was helping out,” Sofia Coppola told the Times. “There was this panic and before I knew it, I was in a makeup chair in Cinecittà Studios in Rome having my hair dyed.”

She trusted her father, but critics were unkind.

“It was embarrassing to be thrown out to the public in that kind of way,” she told the Times. “But it wasn’t my dream to be an actress, so I wasn’t crushed. I had other interests. It didn’t destroy me.”

She added that she learned a crucial lesson for anyone interested in any kind of public creative endeavor: “It taught me that as a creative person, you have to put your work out there… It toughens you up. I know it’s a cliché, but it can make you stronger.”

Sofia Coppola has always taken a cool approach to the role, telling EW back in 1991 that she got the part because “I had connections.” 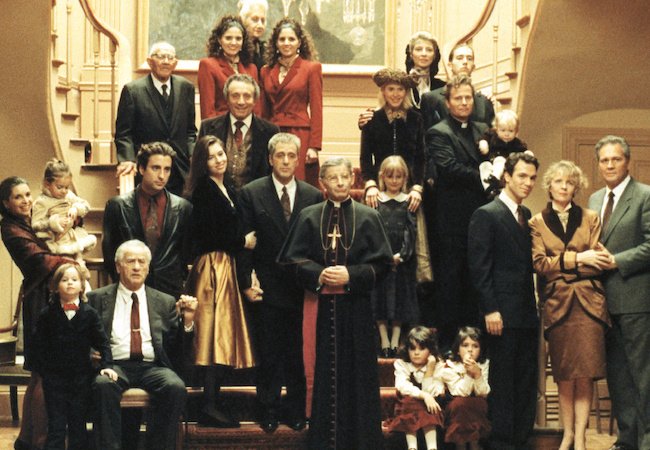 A Corleone family portrait, as seen in Godfather Coda: The Death of Michael Corleone.

So everything worked out fine for Sofia Coppola — as we noted in this piece on The Godfather Coda, she’s one of the best filmmakers of her generation, and her father is one of the best of his.

But the elder Coppola told the Times that he was still hurt by the criticism of his daughter in The Godfather III. (A spoiler about the end of Godfather III/Godfather Coda follows, so you may want to click away now.)

NFMLA Spotlights Asian Filmmakers With Stories of God, Cats and Teleportation
How Quarantine Inspired Keith Dennie to Make The Moment: ‘You Can Only Watch Netflix and Play Video Games for So Long’