Social Media for Moviemakers: Everything You Always Wanted to Know

Keeping up with your crazy cousins, reconnecting with your high-school crush, maybe even documenting your every meal—you use social media in your everyday life. Yet developing platforms for your film is a different story.

If your budget is small, social media should represent a healthy percentage of your film promotion efforts. Platforms are still free (snazzy websites are not), and if you play your cards right, you will expand your reach beyond friends and family, connecting with the right affinity groups and dedicated film fans.

Have you begun work on your film? Do you have a title? Now is the time to start building a community that will someday turn into an audience.

Facebook is the behemoth, encompassing the general public and fans of all ages. This is the place to build a lasting community around your film, one that will evolve while the film makes its way through the distribution windows and beyond.

Set-Up: To create a fan page for your film, you must already be on Facebook as yourself—no way around it. Add colleagues as “admins” on your film’s page, though make sure you trust them to represent the film. You can schedule some posts ahead of time directly into Facebook—click the “Publish” dropdown menu and select “Schedule.”

What: Upload photos and share videos. Promote festival premieres, theatrical screenings and VOD releases. Give peeks behind the scenes from your production process. Share links about the cast, crew, and relevant issues in the film. Connect with potential fans by asking questions and responding to their comments. Shares > comments > likes.

Note: A @handle is a specific person’s account. With it, you are talking about or to a specific entity. Meanwhile, a #hashtag is a topic: #Oscars. By using a #hashtag, you automatically join in the conversation; anyone can see your post if they are following the #hashtag, even if they don’t follow you.

Time Commitment: A strategic user could schedule posts for the week over the course of one morning. Leave room for posts that arise during the week, though.

Good Examples: Iris (/irisfilm) and Under the Skin (/UnderTheSkinMovie) make the most of beautiful memes that are provocative, fun and reflective of the films. Everything these film pages post has style.

Sure, you’re dazzled by Vimeo’s shiny optics, but YouTube is the second-largest search engine out there, and it’s fully integrated into Google—which, crucially, means your page will come up higher as a search result. Though your video output may not be daily (or even weekly), create a YouTube channel, using the film title or your production company name, where the video progression of your film—teaser, interview snippets, clips, trailer—can live and grow.

Set-Up: First, create a Gmail account for your film or production company. [Movietitle]@gmail.com works, and you can always set it up to forward to your regular email. Use that to log into YouTube and create your channel.

What: Add playlists for your behind-the-scenes clips, teaser trailers, etc. You can also create a playlist of videos from other users that already exist on YouTube and are relevant to your film.

When: Space new videos out over time, and then share those videos out on your other platforms.

Time Commitment: If you have a bunch of clips to post, you can upload them all at once, but set them as “private,” “releasing” one per week, or at whatever interval you’ve decided upon.

Good Examples: Aggregating all the films they release over time, IFC Films (/IFCFilmsTube) makes great use of playlists and metadata. Making Of (/MakingOf) is a master of taking film fans behind the scenes. Though these are large entities, they exemplify best practices on YouTube.

Gaining traction on Twitter can be intimidating; the feed is like a river, and with every tweet, you’re dipping a toe in as everything rushes past you. Finding a following takes time and commitment. You need to tweet and interact a lot (as much as 10-20 times a day) to make headway.

Set-Up: Twitter @handles for films have an expiration date: Once the film’s release life is over, the profile becomes mostly moot. Being a non-person on Twitter is also tough; people mostly like reading tweets from real people, with actual opinions and a personal POV. So instead of (or in addition to) your film’s account, create a personal profile for yourself and use a #hashtag for your film. (Balance “short-and-sweet” with “recognizable” for the #hashtag.) As yourself, converse with the filmmaking community. You’ll cultivate a career-long following that can grow over time, and your audience will not just be tied to one particular film.

What: Twitter works especially well for documentaries about issues that have passionate advocates; find those voices, follow them, and start a conversation. For narrative films, do your cast and crew have large followings? If so, have them use your @handle and/or #hashtag and give them copy-and-paste 140-character tweets to get your message out. Retweets > replies > favorites. Shorten hyperlinks using bitly.com, which tracks clicks (valuable insight on your fans).

When: As long as what you say is interesting, you can tweet anywhere from one to 50 times a day. Just don’t tweet all at once. Use an app like Buffer or TweetDeck to schedule your posts.

Time Commitment: You can schedule foundation tweets (promotion, etc.) for the week in a morning. But check often for replies, retweets and notifications. Installing the app on your phone helps.

Good Examples: Check out Michael Moore on Twitter (@MMFlint). In addition to promoting his films, he mixes in political commentary, news about independent movie theaters, and more.

Filmmakers are staking a modest claim on Instagram, which can be an ideal place to connect with a younger audience of teens and 20-somethings. If you know your potential audience is older, focus your energies elsewhere.

Set-Up: Create a film or production company account. Or use your own account to promote the film with a #hashtag (a la Twitter). Follow some films, filmmakers, studios and distribution companies and see what works.

What: Roll up your sleeves and create some dynamo graphics before you even create an account. You’ll need a lot of them, and building a following will take time and consistent, frequent posting.

Because there is no one-click way to repost on Instagram as there is on other platforms, most organic discovery happens through #hashtags. Do your research and use them liberally (even if you find them déclassé). They can be keywords, cast names, topics of interest, locations, genres (#indiefilm) and more. When you type a #hashtag, Instagram will tell you how big that audience is, so you can tell which ones are worth using.

When: You can post five times a day on Instagram if you have lots of good images, but make sure to space them out at least an hour apart.

Good Examples: Reed Morano (@reedmorano) promotes her work, but she also gets personal, with beautiful shots of her family. Lena Dunham (@lenadunham) is a master at giving fans a peek into her everyday life, and they love her for it.

Tumblr can be a solid (free!) substitution for a webpage; Pinterest is another home for vibrant images; Snapchat is growing every day. But remember the cardinal rules—don’t spread yourself too thin, and fish where the fish are. You’ll probably only need to devote yourself to two or three platforms at most.

Maintaining social media platforms for your film is not entirely different from running your own personal accounts, after all—you want people to think you are cool and interesting, and you want to provide value, something they can use.

It’s ideal to keep the social in-house because your voice will be the most genuine, but there are specialists you can hire if you have the budget. Good ones will keep the voice authentic and not sound like a marketing agency. Depending on the experience level and intensity of the work, this can run $500-5,000 per month. Make sure your specialist provides training so you can eventually take the reins. He or she might tell you this…

A Set Fit For a King: Nine Production Design Tips from Macbeth Show that Economical Can Also Mean Beautiful
All Crewed Up: Tips on Assembling Your Best Indie Crew 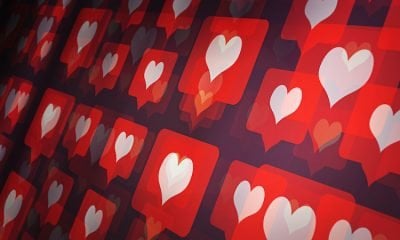