Movie News: Showgirls Reconsidered, How to Sell Your Movie; Life Finds a Way 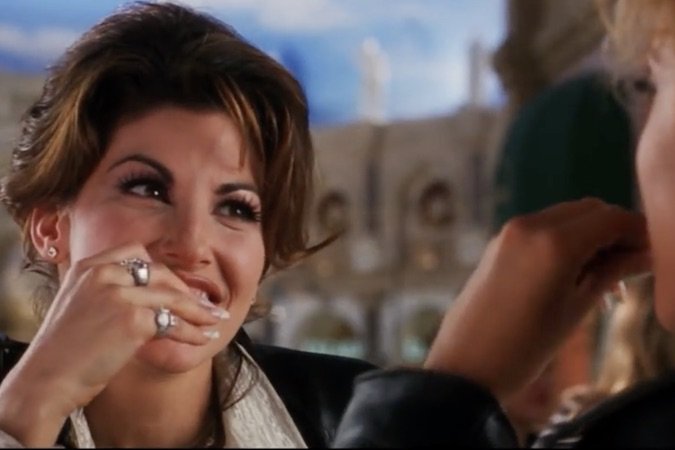 In today’s Movie News Rundown: A documentary filmmaker has a bold new take on Paul Verhoeven’s interesting failure Showgirls; two filmmakers let you listen in on a call with someone who wants worldwide rights to their first film; and Jurassic World tries to lock down COVID-19. Plus: It’s gonna be a weird Oscars.

Pull Back the Curtain: What does it sound like when someone wants worldwide rights to your film? In the latest episode of Demystified, from our friends at Studiofest, Jess Jacklin and Charles Beale let you listen in on a big call with someone interested in their movie. “I don’t care about making money, but I do care about getting our money back,” Jacklin says.

You Don’t Nomi: In the latest MovieMaker Interviews podcast, we talked with documentary filmmaker Jeffrey McHale about why he made a film re-examining Showgirls. His excellent doc You Don’t Nomi is empathetic, deep and endlessly creative in a way that Showgirls is not. (Also: Today I learned Charlize Theron was turned down for the lead.)

Oscars Prediction: The next Oscars will be insane. The board of governors is meeting tonight to talk about when the ceremony will actually take place, and whether some films released in 2021 should be eligible, because of COVID-19, The Hollywood Reporter Hollywood reports from Hollywood, reportedly. Also, streaming-only films will qualify. And there will be 10 Best Picture nominees again, because apparently no one in the Academy likes editing?

King of Staten Island Pulled From Drive-Ins: The Pete Davidson film was pulled at the last-minute without explanation, theater owners complained to Variety. See, these kinds of unilateral decisions are why Staten Island shouldn’t have a king.

Kareem Abdul-Jabbar on Gone With the Wind: The Hollywood Reporter columnist suggests that the film needs a warning label rather than a ban. (Note: No one has banned it. HBO Max temporarily pulled it while deciding how to present it in historical context.) He notes that the film “glorifies the Confederacy as if they were a bunch of highly principled martyrs hunkered down in holy glory instead of an entitled mob of human-trafficking murderers, rapists and traitors trying to destroy the United States” and “romanticizes slavery.” But he also notes that “very few movies or TV shows from the past could withstand today’s rightfully rigorous standards.”

Power Lunch: Are there any two words that look so ridiculous together? Gas sandwich? Meat pack? Diaper punch? Anyway, The Hollywood Reporter has a story about people putting on their power ties and shoulder pads to go have power lunches in fancy restaurants again. (Pictured above: A power lunch in Showgirls, featuring Gina Gershon and Elizabeth Berkley discussing “doggie chow.”)