Should You Move to Mississippi? 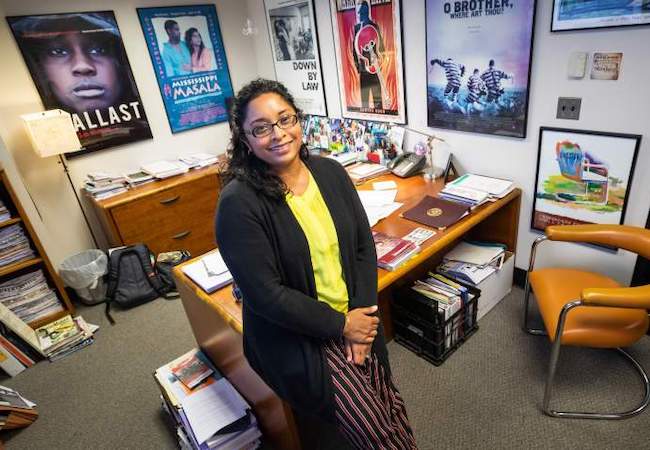 Twenty-six miles of white sand beaches. A cinematic legacy dating to 1914. Stately homes you can buy for a steal. And some of the best tax incentives in the country.

Those may not be the first things you think of when you consider filming in Mississippi, but they’re just a few of the many draws for the fast-growing film hub, according to Nina Parikh, director of the Mississippi Film Office. She’s the guest on the latest MovieMaker podcast, which you can check out on Apple, Google and Spotify and above.

“We’re a land of storytellers,” Parikh notes. “Mississippi is known for their storytelling tradition.”

That tradition extends from William Faulkner to John Grisham to Morgan Freeman to Charles Burnett to Elvis Presley to Oprah Winfrey. Parikh delights in reminding people of the state’s deep motion-picture history. One of her earliest wins was helping lure the Coen brothers to the state for O Brother, Where Art Thou. They later returned for The Ladykillers.

How did she do it? The answer involves not just the state’s wealth of photogenic locations, but also barbecue, banana caramel pie and blueberry iced tea. All in a day’s work for a state that’s ready to give up-close attention to new productions — and has room to grow, Parikh says.

Downtown Jackson can stand in for countless major cities.

Many people have considered changing how and where they live in the last year, and Parikh suggests that people curious about a move to Mississippi check out the Discovery+ series Home Town.

“There are people literally moving to Mississippi because they’ve watched the show,” she says.

On the show, couple Ben and Erin Napier help renovate houses in Laurel, Mississippi, located between Jackson and the coast. She says the show highlights the boundless potential of Mississippi’s small towns.

Among the filmmakers who have returned home to Mississippi is The Help and Ma director Tate Taylor, whose Crooked Letter productions is helping build a vibrant film community in Natchez. The film business has helped boost restaurants and other businesses, Parikh notes.

And no discussion of Mississippi’s film community’s complete without some love for the Oxford Film Festival, which executive director Melanie Addington has grown into one of the most envied and emulated festivals in the world.

The state’s tax incentives include a 25 to 35 percent cash rebate on spend and payroll, and locations range form the Mississippi Delta to Antebellum homes to railroad towns. Mississippi is also one of only three states where all adults are currently eligible for COVID-19 vaccinations.

There’s much more in the podcast, but if all this intrigues you, you can learn more about the Mississippi Film Office at filmmississippi.org.

If you call them up for a location scout, they just might take you out for banana caramel pie.