Second Time’s Not the Charm: Even If Your First Film Found Success, Making Your Next Won’t Be Any Easier

It was with trepidation that my husband and I decided to make our second film, Big Sonia. We hoped that doors—and pocketbooks—would open widely this time around. We also assumed our relationships with festivals and funders would streamline the process and perhaps allow us to complete the film under five years. But we were very, very wrong.

Despite our best efforts, and the success of Finding Hillywood on the festival circuit, our second film has been just as challenging, albeit in ways that we didn’t see coming. Here are just a few lessons learned and universal truths I figured out along the way.

No, It’s Not Easier. But That’s OK

This goes against all rational thought, but making your second film is not necessarily easier. Funding and grants are eternally unpredictable so just because you’ve made one film successfully, there are no guarantees that funding your second film will be any easier. Yes, you have credibility because you’ve proven that you can finish a project, but I still have plenty of people ask, “Is this your first film?” Settle in, get ready for the marathon, and have confidence that although it might not be easier, having one film under your belt will give you the confidence to get through the second one.

Leave Your Expectations at Home, and Be Open to Happy Accidents

Many people who we thought would help on a large scale will not return our emails, and many people who we met randomly along the way contribute the most. The festivals that we thought we would get into (because we had a relationship or pitched there) rejected our film and the ones that we’ve never heard of are offering screening fees and covering travel and accommodations. Leave every expectation at home and be ready for whatever opportunities come along—making a documentary truly is the “wild west.”

Leah Warshawski and Todd Soliday sets up to shoot a scene of Big Sonia. Photograph by Gloria Feinstein

Documentaries are Rarely a Commercial Success… But You Do Have Options

Every agent (and many distributors) will tell us “We love your film, but we can’t sell it.” The offers we’ve received don’t include much of a minimum guarantee, if any at all. So how do you make a living creating documentaries, or just break even? Take matters into your own hands and hold onto your rights as long as you can… unless a deal comes along that you can’t refuse! Look for ways you can sell merchandise and other items alongside of your film (like books, t-shirts, soundtracks) to generate cash while you’re waiting for the right deal.

We did this with our first documentary and it came back to haunt us. In our experience most larger companies stop answering emails and phone calls as soon as your contract is signed. Shop around for the right partners who make sense for your particular film. Do you want to work with a reputable distributor who has hundreds of titles or small boutique company? Which distributors are best suited for your content? Do your research and talk with other filmmakers before you sign a deal—this will save a lot of headaches and resentment down the road. Filmmakers will generally tell you if they’re happy with their distributor and you can ask candid questions to help narrow down your options.

Raise Money to Hire People Smarter Than You

I exhausted myself on our first film because I was afraid to spend money. When you’re constantly fundraising to stay afloat, it’s tempting to try and do every job yourself. To get to the finish line, however, you need a team who you can pass the baton to. And why wouldn’t you want the best person for each job? Identify your strengths and weaknesses and hire people smarter than you to fill in the puzzle. This will actually save time and money in the long run. 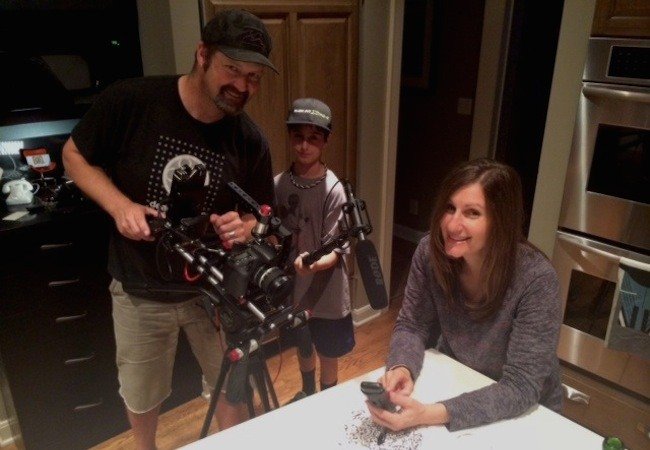 Go With Your Gut. Always

At every work-in-progress screening we received a million pieces of contradictory feedback. It’s tough to learn how to filter the comments and the only thing that helps is experience. Go through the process but try not to take it personally—remember, you’ve already made a film and not everyone can say that. The scenes that we fought the hardest for are the ones that everyone loves the most. Instincts matter. Isn’t that what got us into this industry in the first place?!

This is Not a Labor of Love

I cringe when people use the term “labor of love”. My grandmother actually calls filmmaking a “labor of labor” and it’s probably the one thing we agree on. I love what I do for work but I also love other things like vacations and whales, and chocolate lava cake. Making a film is the same as running a business, and you wouldn’t open a business that doesn’t make money, would you? Think of each film as its own business—you can love what you do and make a living at the same time. (See points one through six above!)

After we finished our first feature, I was eager to screen it at as many festivals as possible so I packed a duffel bag and prepared to live on the road for a year like a traveling salesperson. Unfortunately, I didn’t have enough confidence to ask for screening fees at every event and I learned that most festivals don’t make the offer up-front. I felt that since it was my first feature I didn’t “deserve” a fee, but in hindsight this doesn’t make any sense. Festivals truly do have limited budgets but there wouldn’t be any festivals without films and filmmakers! Festivals charge money for tickets to see your film. Always try to negotiate a screening fee or ask to have travel and accommodations covered so you can attend—you’re worth it! MM

Leah Warshawski produces documentary-style features, television, commercials and branded entertainment in remote parts of the world. Her first feature, Finding Hillywood, won 6 awards and screened at more than 65 festivals. Leah co-founded rwandafilm.org, a “LinkedIn” for Rwandan filmmakers supported by Bpeace and The Academy of Motion Pictures. When she’s not on a plane, you can find her swimming, hiking and dreaming of whales.

A New Indie Model: The Founder of Chicagoland Shorts Program On Why the Shorts Business Must Change
Global Perspective: Extortion Director Phil Volken Moves From a Local First Film to an International Follow-Up