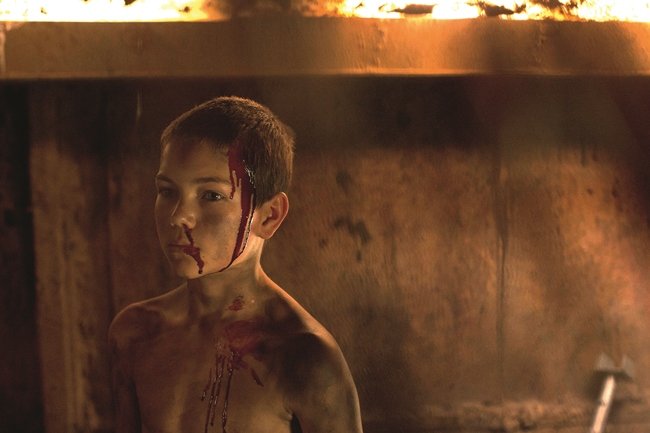 Brag as they might, top fests like Sundance, Cannes, and SXSW have nothing on the Seattle International Film Festival when it comes to sheer volume of movies shown.

This year’s event, which kicked off on May 14, is no exception. SIFF’s 2015 film guide, adopting the catch phrase “Keep Watching,” claims that before the festival’s final popcorn kernel has popped, more than 150,000 viewers will pack into more than 12 participating theaters in the city. And audiences will have plenty to gorge on, with upwards of 450 movies from 80 countries scheduled to play at SIFF over a whopping 25 days. So, sure, other festivals might get more hype, but all are destined to feel humbled and inadequate upon viewing SIFF’s sizable stats.

Beyond just a festival, SIFF is also the salvation of multiple Seattle theaters otherwise destined for doom. In October, 2011, SIFF secured the lease on The Uptown, resurrecting the Queen Anne-based cinema months after it had seemingly been shut down for good. The Uptown has since become SIFF’s main headquarters. Last year, SIFF announced a similar acquisition of Capitol Hill’s then-vacant Egyptian Theater, pulling the legendary Capitol Hill movie mecca from extinction. This means that SIFF attendees can feast on film fodder on The Uptown’s three screens, and continue haunting The Egyptian after dark for weekend midnight movies.

Having already warmed up its projectors with an Opening Night Gala presentation of Melissa McCarthy’s riotous comedy Spy, this year’s SIFF will host tributes to Kevin Bacon and Jason Schwartzman. Unique archival presentations, including a restored version of George Melies’ A Trip to the Moon, will unspool amidst a decadent series of celebrations, including SIFF’s traditional Gay-La night and an African Pictures party. The Overnight, Patrick Brice’s controversial sex comedy, will end the festival during a Closing Gala on June 7.

Most importantly, SIFF offers the opportunity for viewers to find that brilliant, obscure gem that might just change the face of cinema, at least for them. It’s a chance to vicariously immerse oneself in cultural nuances and customs from far-off countries, be rattled by transgressive shocks, or experience the creative process of a songwriter during a stirring music documentary. What follows is a vicarious tour through what’s currently illuminating Seattle movie-houses beneath the protective shadow of the Space Needle.

With a title like The Connection, one might be excused for assuming that Cedric Jimenez’s tightly-wound crime thriller is a French remake of William Friedkin’s 1971 film, The French Connection. Untrue. While both movies give viewers a visual fix of syringes, heroin bricks, and dead bodies, Jimenez’s film is an entirely different—and sadly, more conventional—underworld saga. Jean Dujardin plays an idealistic, family-man magistrate obsessed with taking down a suave dope smuggler (Gilles Lellouche).

Jimenez is a master at detailed ambiance. In one scene, a mafia nightclub is transformed into a seedy sparkle-parlor. Mirrors, sunglasses, and diamonds reflect flashy sleaze from the smoke-enshrouded tables of schmoozing gangsters. Some unique twists on typical genre conventions pop up, like a mob henchman forced by his boss to snort a frighteningly long line of cocaine as punishment for betrayal. And we’re thrown into France’s drug-smuggling universe through a series of fast-paced montages reminiscent of Martin Scorsese. This is confident stuff, but there’s nothing transcendent enough to push it to greatness. However masterful its orchestration, The Connection plays music we’ve heard before.

Slow West, John Maclean’s ultraviolent western, is carved clean to its bare, bloodstained bones. The film’s straightforward story, in which a baby-faced 16 year-old named Jay (Kodi Smit-McPhee) ventures across Colorado to find the woman he loves, adds to the film’s no-nonsense tautness. Assisting Jay in his determined trek is Silas Selleck (Michael Fassbender), a rugged, cynical bounty hunter whose world-weary vision differs dramatically from Jay’s naïve idealism. Their brutal journey west is accented by a number of explosively violent confrontations with inhospitable frontiersmen, while the gradual bond between Jay and Silas—an exchange of harsh reality for a chance at hope—is orchestrated with subtlety and acted to perfection. However, Maclean’s dry, matter-of-fact approach creates a coldness that stifles our emotional connection to these men and their bloody mission. It’s a beautiful film to look at, but there’s little emotional resonance even after the cruel coda, in which a tornado of bullets tears into its human targets with tragic finality. Being Evel, Daniel Judge’s documentary on legendary motorcycle daredevil Evel Knievel, balances a sense of nostalgic affection for the man with a clear-eyed look at his many personal flaws. When a friend suggested that Robert Knievel change his name to “Evil,” the legendary rider liked the idea… with one reservation. The “I” would be changed to an “e.” After all, he didn’t want to sound too evil. That fascinating anecdote works as a central metaphor for a man who could alternate between hero and monster. His unprecedented motorcycle jumps, most notably a hair-raising crash while attempting to clear the fountains of Caesar’s Palace, are the stuff of myth. Knievel refused to die, establishing a Guinness World Record for “Most Broken Bones in a Lifetime” (433 fractures in total). Truly, his balls were bigger than the tires on his XR-750 bike.

Beneath the daredevil persona, though, other demons controlled much of Knievel’s personal life: He was an unapologetic womanizer, and it’s heartbreaking to hear Knievel’s long-suffering ex-wife recount his cruel and unfaithful behavior. Other bouts of startling sociopathy are documented with honest candor. Actor George Hamilton, who played the stuntman in a 1971 biopic, recounts the night Knievel drunkenly held a gun to his head and forced him to read the film’s script.

Stuffed to the gills with both archival footage and interviews, Being Evel is a fascinating and even-handed look at a complex American icon. Does Knievel’s unprecedented, courageous legacy of stunts excuse his often abhorrent behavior? You be the judge. Stuntman Johnny Knoxville, whose Jackass movies are the contemporary extension of Knievel’s risky jumps, appears conflicted as he ponders his hero’s Jeckyll-Hyde duality. But ultimately, he sheepishly admits what most owners of Evil Knievel dolls would probably also fess up to: The man’s legacy of leaps transcended his mean streak.

Cub, the Belgian horror film from Jonas Govaerts, is a novel spin on the conventional mad slasher formula. Horny teenagers are replaced by a den of cub scouts and their hapless scoutleaders. The uniformed characters, however, are more concerned with cussing and misbehaving than earning their Eagle awards. Inevitably, such unsympathetic hijinks conjure up gory karma. The problem with Cub is a lack of exposition. The villains could be interesting, but there’s absolutely no backstory to explain their malevolence. Cub teasingly suggests that the film’s primary scout protagonist has a troubled past that relates to the narrative’s unfolding dread. However, we’re given no specific information about his dark origins. In its final bloody stretch, Cub detours into a much darker patch of the woods. It’s here that the film could have really curdled the blood. Yet its confusing lack of explanation still prompts more head-scratching than screams. Rodney Ascher (Room 237) recreates his subjects’ dreams in The Nightmare

The Nightmare follows eight people who experience sleep paralysis, a condition which leaves them unable to move, speak or react. Immobilized in this unpleasant state, they’re visited by unwelcome guests including aliens, “shadow men,” and hat-wearing phantoms. Rodney Ascher’s highly-stylized documentary features reenactments of these sinister slumbers. Bedrooms are bathed in red hues, while human-shaped shadows and gooey phantasmic blobs however over its tormented subjects. What a shame, then, that Ascher fails to include any objective information on sleep paralysis. The film suggests that this condition exists across the globe, and it would have been fascinating to explore the different ways that nightmares manifest themselves from one culture to the next. Sadly, we’re left with a few talky, tiring interviews with less-than-intriguing people complaining about their bedtime chills.

In Heineman’s Cartel Land, the threat of violence and warfare is ever-present

“We’re David and they’re Goliath,” proclaims a self-proclaimed vigilante from Arizona. Patrolling the Mexican border and armed to the teeth, this leather-faced ex-soldier monitors nearby cartels and the dope-toting human mules they send into America. Meanwhile, across the wall that divides these conflicted countries, masked cartel chemists test the purity of their product as fumes rise from a lucrative liquid potion. Cartel Land, the fascinating, infuriating documentary by Matthew Heineman, plunges us into the Mexican drugs wars without judgment or subjective bias. Heineman dives directly into the war zone, introducing key players in a labyrinthine political puzzle. We meet the Autodefensas, a proactive citizen vigilante squad committed to purging the country—city by city—from the control of cartels. We see news footage of a seemingly corrupt and indifferent government, all talk and no action, until its power is threatened. Forever lurking on the fringes of this war are the cartels, convinced that as long as their poisonous products are in demand, it’s business as usual. As all parties become compromised by greed and ego, we’re not sure who the heroes are, because all of these sectors justify their respective logics. Cartel Land, with its moral ambiguity and deeply human dilemmas, is a tragic stunner. Ivan I. Tverdovskiy’s deeply disturbing Corrections Class makes Russia looks like a grungy, dilapidated armpit, the absolute worst conceivable environment in which to grow up. We follow the plight of a smart young woman as she navigates life in a wheelchair and explores her blooming sexuality through a toxic minefield of discrimination. Dumped into a kind of Russian shortbus class alongside other disabled adolescents, she must meet approval with a scholastic “committee” of frumpy gatekeepers. These cruel teachers make Nurse Ratched look like Mother Theresa, deciding whether their pupil is worthy of attending school with “normal” students. Unapologetically manipulative, Corrections Class immerses its sympathetic heroine into a scummy pond of traitorous schoolmates and sadistic grown-ups. We can’t help but root for her. It’s a bit annoying that Tverdovisky—who adapted this drama from a novel by Ekaterina Murashova—stacks the deck so obviously against his protagonist, but there’s no denying the film’s dramatic wallop. MM

The Seattle International Film Festival runs from May 14 to June 7. Stay tuned for Part II of our SIFF 2015 coverage, later this month.