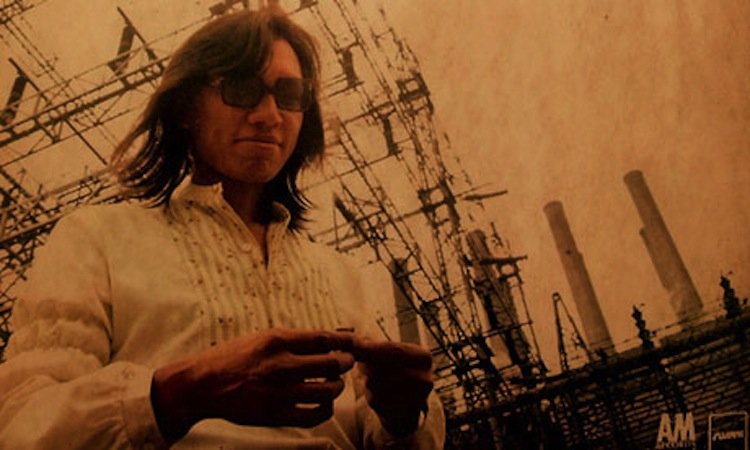 In the 1970s, the music of a mysterious singer-songwriter named Rodriguez became the anthem for a generation of Afrikaners increasingly isolated from the outside world by the international response to their country’s apartheid regime.

The anti-establishment message found in his pair of albums got his records banned, which only increased their popularity among the country’s resistance movement. Adding to the artist’s cult status was that no one knew who he was: Where he was from, his full name, how he had died—it was generally accepted that he’d committed suicide during a performance, but no one knew for sure whether that was true.

As it happened, it wasn’t. Rodriguez was still alive, still living in Detroit, the same city where decades ago he’d written the songs that led those initially who heard them—not many people—to compare him to Bob Dylan. His albums flopped, and he eventually went back to working at construction, completely unaware that a bootleg of his first album, Cold Fact, had somehow made its way to South Africa where it had subsequently gone platinum and made him a household name.

Sounds too unbelievable to be real, right? That’s exactly what first-time director Malik Bendjelloul thought when told the story by Stephen “Sugar” Segerman, a South African record shop owner instrumental in rediscovering the artist and bringing him to the country to perform in front of the thousands of fans he never knew he had. Though Bendjelloul had found the perfect story for his first documentary, finding the money to make it was a harder task—but, as in the case of Rodriguez himself, it all worked out in the end. Searching for Sugar Man was accepted to this year’s Sundance, where it screened on the festival’s Opening Night, won two awards and was the first film acquired for distribution. Here, Bendjelloul tells his own story of Searching for Sugar Man.

In 2006 I was out traveling for six months in Africa and South America with a camera looking for stories. The idea was to try and sell the stories I would find to my former employer, the National Swedish TV, as seven-minute features. While in Cape Town I met Stephen “Sugar” Segerman, who told me the story of Rodriguez. I was completely blown away. I thought I had never heard a better story in my life; it was just like the best screenwriter you could imagine had had a really good day at work and had came up with this almost archetypal fairy tale. It was almost too good to be true. If it had been made up it wouldn’t really have worked; it would have been just too much. I realized that this story could actually be something more than a seven-minute TV feature, and the idea to make a feature-length documentary came about.

There were two great obstacles. The first one was evident as soon as I started to hear people’s stories about Rodriguez. He used to play with his back to the audience; I was told that I shouldn’t even try to interview him, that he is a shadow and should remain a shadow. I met him a few months into production, and he really was an extraordinarily reluctant interview subject. But in the end that was pretty beautiful. That was just who he was; he was extremely private. The lack of real answers when I interviewed him were in a way still good answers—maybe answers to why he never became famous in America or to why his music is so amazing. It’s the same integrity that speaks inside his songs.

The next big problem was finding funding. I thought it would be a pretty easy task to get investors interested in the film; the story was that strong and unusual. I thought people who heard about this would fall in love just like I did. But instead it was the most difficult thing in the world. By early 2011 I had worked for three years without getting a penny, but there was a promise from a major funder that they would help finish the film. They said they really liked the early cuts, and for months and months that was the case; I knew this big production grant would come in the end. I dared to risk everything I ever earned and borrow money from friends and family. Then, when the day came that the support was supposed to be given out, the funder suddenly changed his mind. He didn’t like the film anymore. It didn’t live up to the expectations you put on a film that is supposed to be shown on a big screen, he said. I tried to reply that I could revert to an earlier version; the differences between what he previously had liked and what he know did not like where very small, and with a couple of CTRL-Zs on the laptop we would be back to a place where we both were happy. No, he said: The film was bad, period, farewell, no further discussion. Though the film was only 85% finished, I understood that I had reached the end of production. After three years of living on a shoestring I was absolutely broke. I couldn’t pay my rent anymore. Filmmaking is important, but food is even more important.

The stuff that remained was expensive stuff: Animation, original score and final editing. One day I sat down at my kitchen table and did some sketches. I knew I was really bad at painting—I had a less-than-average degree from school—but I thought that at least my sketches could speed up the work later if we would ever get any money to pay a real animator. I did the same with the original score, buying a copy of Logic Express for 150 bucks and doing a dummy. I continued to edit the film as well as I could. Then I got in contact with Oscar-winning producers Simon Chinn and John Battsek, who reassured me that the story was worth trying to get on the big screen. We started to work together; they had great input on several aspects of the film. One day they said they thought we should try to send the film to Sundance. So the film, still with the animation sketches and dummy score, was sent. After it was accepted, we panicked—who would finish the film? This was in mid-November, only two months before Sundance, and it was really hard to get a hold of people. All the professionals were busy. Then we learned that the film was the Opening Night film. Sundance wouldn’t take the risk of pick us for their opening night if they didn’t already believe the film was pretty much finished. We went to Sundance without really knowing what we had, and a few hours before the premiere Sony Classics called us and said they wanted to buy the film as the first acquisition of the festival. MM

Searching for Sugar Man opens in New York and Los Angeles today, July 27th, with screenings in additional cities to come in the following weeks. For more on the film and to see if it’s playing in a city near you, visit www.sonyclassics.com/searchingforsugarman. (Image via Sony Pictures Classics.)