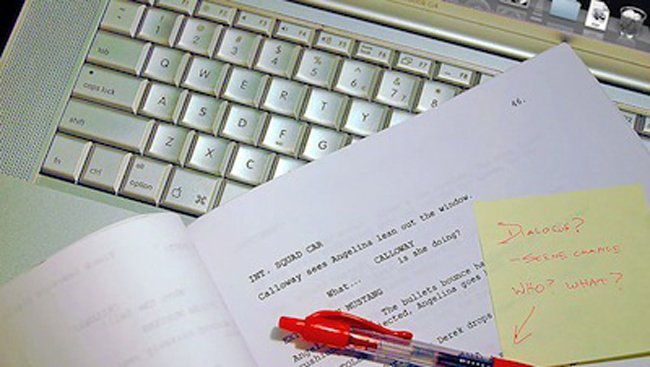 The old adage is that a screenwriter needs to capture a reader’s attention in the first 10 pages. Wrong. It needs to happen on page one and build from there.

In the documentary Bring on the Night singer-songwriter Sting describes the difference between Rock ‘n Roll and Jazz.

“In Rock ‘n Roll,” he tells the interviewer, “You have to burn from the first bar.”

Successful feature films also burn from the first minute. You must make your scripts burn from the beginning, too, and you can do it by following the same 10-minute beats that master screenwriters instinctively use.

But do you remember how the movie started? The then-28-year-old M. Night Shyamalan hooked us by applying the same universal minute-by-minute story beats that all successful movies use. They are:

During Minute 1, Anna (Bruce Willis’ wife in The Sixth Sense) retrieves a bottle of wine from the basement. Once there, she feels a disturbing chill. Frightened, she hurries back up the steps. Whether it’s a thriller, action, drama, comedy, horror, sci-fi, rom-com or western, all successful movies start with tension. The best screenwriters choose one of five ways to hook you with tension: Danger, Anxiety, Hostility, Unease, or Sex. Shyamalan chose Unease with a hint of Danger to start his film. Let’s see what he, and other great screenwriters, choose to do next.

Audience anticipation is built by “building upon” already existing tension. Pro screenwriters know that opening a story with tension will grab the audience, but if they don’t escalate the tension, viewers will lose interest fast. A good way to escalate tension is by using the phrase, “Not only does.” Not only does a chill frighten Anna {Minute 1}, but now sexual tension builds between her and Malcolm {Minute 2}. Not only does Indiana Jones find a threatening ancient statue {Minute 1 in Raiders of the Lost Ark), but now he discovers a deadly arrow {Minute 2}.

Next is what I call “The Ratchet.” My dad taught me how to use a ratchet wrench when I was a teenager. The ratchet was perfect for tightening bolts inside my old Chevy’s engine block. As the ratchet screwed the bolt closer to the metal plate, I could feel the tension escalate in my wrist. Screenwriters use this same ratchet principle during Minutes 3 and 4. A phrase to help you build the tension even more from the previous minute is: “Not only that, but now.” Not only that, but now the flirting between Anna and Malcolm increases even more.

You’ve ratcheted the tension the first four minutes, but now you need a twist to keep the audience off guard. The masters make the audience’s jaw drop during this minute. They do this by showing the characters something extraordinary or astonishing. For example, in The Sixth Sense, Malcolm and Anna find a half-naked stranger in their bathroom (jaw dropping). In Jaws, the shark yanks the naked girl underneath the water, killing her — a jaw dropping event in her life. In The Godfather, Bonasera asks Godfather to murder the men who beat up his daughter — a jaw dropping request to make of someone.

These next two minutes establish the hero and ally’s relationship. This is a crucial step because the ally plays a big part in the hero’s life in the near future. Because of this fact, we need to get to know him, and the hero, a bit better. Why? So we care what happens to them further down the road. The best way is to show them either bonding (Friend) or bickering (Fist). In Spider-Man, Peter encourages Harry to talk with Mary Jane (Friend). In Jaws, Chief Brody and his wife joke around (Friend). In Star Wars, R2D2 and C3P0 bicker (Friend and Fist).

The Hero and ally(s) bond or fight even more here. In Top Gun, Maverick and Goose argue about whether they should land the jet (Fist). In Forrest Gump, Momma scolds Forrest (Fist). In Spider-Man, Mary Jane says “yes” when Peter asks to take her picture (Friend).

Minute 8 startles somebody in the movie — mostly the hero — and in turn startles the audience. The audience needs a jolt here to keep them interested until the Inciting Incident occurs between pages 10-12. In Raiders Of The Lost Ark, the crumbling temple startles Indiana Jones! In The Sixth Sense, the half-naked man startles Malcolm by shooting him! In Knocked Up, Alison’s boss startles Alison by offering her an on-air job! In Scream, the mysterious caller startles Casey by gutting her boyfriend! In Spider-Man, the spider bites Peter!

During this minute, someone important to the hero wants to discuss something significant. Their discussion draws in the audience. When someone important to us — a lover, boss, parent, sibling, enemy, or friend — approaches us with a serious face and says, “I have something to discuss with you,” it seizes our interest. In Raiders Of The Lost Ark, Belloq (Indy’s arch enemy) wantsto talk to Indy about the golden idol he just retrieved. In Little Miss Sunshine, Richard wants to talk toFrank about his suicide. In The Matrix, Trinity wants to discuss the Matrix with Neo. In The Sixth Sense, Malcolm wants to discuss Cole’s condition with him.

Follow these same minute-by-minute beats used by the masters, and soon your scripts will “burn from the first bar,” too. MM
Todd Klick is the author of Something Startling Happens: The 120 Story Beats Every Writer Needs To Know and The Screenwriter’s Fairy Tale: The Universal Story Within All Movie Stories (a very brief fable).

And the Lord Declared: Let there be really high stakes!
The Screenwriter’s Toolkit: 18 Exercises to Combat Writer’s Block