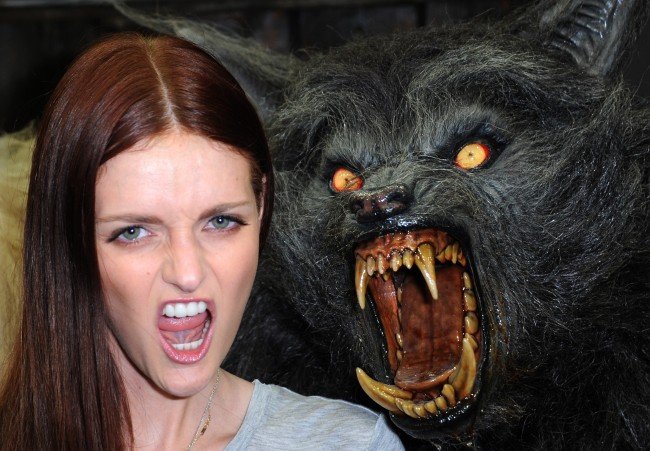 Congratulations! Your film has been accepted into a film festival. Now what?

For starters, absolutely rally, promote, attend the festival and support your fellow filmmakers’ screenings. Some filmmakers think once their film is complete their job is done. I thought that too, in the beginning of my career. There is another year of your life dedicated to promoting your film after its completion and festivals can be a great way to do that.

If you’re lucky enough to be accepted into a festival, you should use this opportunity to gain awareness for your film even if you already have distribution. You’ve been given a free theater to screen your film and should try to get as many people there as possible to experience your work on the big screen. If you expect distributors to attend, it’s great to have them attend with an enthusiastic audience there supporting you.

Your goal is to generate as much awareness as possible for your film, to sell your film to the mainstream audience that’s probably never heard of it. Providing the festival with enticing marketing materials like trailers, exciting production stills and an interesting synopsis is key. Help them help you. Theater chains struggle to get audiences to come see even star-driven films. Thus getting audiences to leave the comfort of their own home to come see an independent film without names is an even harder task. You must convince them your film is worth the drive to see it on the big screen as opposed to waiting to catch it on VOD or Netflix.

It is important to note you will get out what you put in so make the most of your festival experience. If you don’t care about your screening then no one else will either. Festivals work hard to promote their overall event and can spotlight films by doing so. Ultimately it is the filmmaker’s job to gain momentum for their own film and rise above the 100+ filmmakers in the festival trying to garner attention. You are the best champion and mouthpiece for your film. Tell the world you are screening! Spread the word on social media. You should strongly consider hiring a publicist for your screening if at all possible. If the funds are not there to do so, and a lot of times they are not, then you should reach out to press and introduce them to your film. Invite them to your screening and to pre-review your film as well.

Check out the competition. You are in a festival and have access to all the films screening so why not see what you are competing against? Knowledge is power. Perhaps you will find the next person you want to collaborate with on your next project. Or who knows what happenstance meeting can occur from attending a different screening than your own. You never know who you might end up sitting beside or bump into.

Attending film festival is not just about screening your film. It is also about making connections and long-term mutual friendships. The camaraderie among your fellow filmmakers is important. You should support their screenings and they will support yours. I was recently at a party talking with Screamfest alumni from 2009. He looked around the room and commented that he was friends with everyone there because of his film screening in Screamfest. Some of these people he has collaborated with on new projects. Marriages have even happened because of chance meetings at Screamfest. (Not that I’m championing getting hitched, mind you.) Joking aside, you truly can forge some unexpected genuine friendships, relationships and connections. In the grand scheme of life, this can be more rewarding than any one particular film project or screening.

Of course all the above is wasted if your film does not screen. This is Film Festival 101 for some of you, but an absolute must is ensuring your final properly-labeled deliverable projection master (DCP in most cases) is formatted correctly and tested before sending to the festival. We at Screamfest test the deliverables ahead of time.  However, not all festivals are able to do so. In their defense, they assume the provided master has been professionally created and tested and is projection-ready. A problematic projection master is one thing if you are local to the festival.  If you are not local then re-shipping of the corrected master might not make it within time for your screening.

Norwegian horror feature The House plays at this year’s Screamfest

If per chance you submitted to a festival but did not get selected it might be worth attending anyway. There are still ample networking opportunities to be had. Attend the screenings and objectively compare the films to your own. Try to glean the reasons why your film might have not made the selection. Examine the production value, stylistic choices, cinematography, acting etc. Remain objective and open as this is the way you will grow as an artist. Filmmakers, I implore you not to email the festival hateful emails if you are rejected. It really is counterproductive and of course highly unprofessional. Give yourself a day or two to cool off and let your ego heal. Politely email the festival to see if they might offer you feedback on why you were not selected. If you are not able to digest constructive criticism do not ask for it. This might sound harsh but if are not able to deal with rejection and constructive criticism then this might not be the career path for you.

One of the most important goals we have at Screamfest is ensuring the filmmakers taking part in the festival have rewarding experiences. I am so thrilled when we have Screamfest alumni return with their new films to screen because it shows we have met these goals.

I created Screamfest based on my own personal experiences of having our film do the film festival circuit. Even though we won some awards, I found the experience daunting and at times misleading. For example, we were excited when we were accepted to screen in Madison Square Garden. Just imagine all those people who were going to see our film, right? Oh, but wait: While we did indeed screen at Madison Square Garden, it was on the mezzanine… in a back room. I recall the disappointment of my fellow filmmakers as we all paid a rather stiff entrance fee to screen. I reminded myself it would have cost me more to four-wall a theater myself so I made the most of the situation. I was luckier than some as I had already sold our film to TV and the festivals were just exposure leading up to the air date. Some my fellow filmmakers were still hoping to sell their films and did not know how to go about doing so. After our festival run, I created Screamfest in order to give filmmakers a platform to showcase their work and to help further their careers. It came from a heartfelt experience of genuinely wanting to connect filmmakers and help them navigate the waters for both distribution and representation.

It is hard to believe that Screamfest celebrates its 16th anniversary this year. The other day I met someone who attended Screamfest in 2005 and he was able to tell me the films he saw and enjoyed then and the parties he attended. I found it impressive considering it was 11 years ago. He has attended since but it was rather rewarding to hear his memories were still fresh and vivid.

One of the toughest parts of running a film festival is narrowing down the submissions. The least favorite part of my job, and probably every other film festival directors’ job as well, is sending out rejection notifications. Even after 16 years I am still amazed when filmmakers send their insult-ridden responses. It is not like we set out to reject them or want them to fail. We truly want to like and accept each film. Every time we screen a submission we sit with bated breath hoping it will be a yes.

On the flip side, there are those filmmakers that are mature enough to respond and request feedback on their film so they can improve on the next project. We gladly give feedback to these filmmakers because they want to grow as artists.

Meeting filmmakers from around the world is a definite high-note. They travel so far just to attend the festival. Their excitement and enthusiasm is always a breath of fresh air. Helping them make connections they would not otherwise be able to make from abroad is truly one of the greatest joys of my job. One of the things I am most thankful for are the friendships and relationships I’ve made due to the festival. Some of these friendships now span over a decade. MM