Conspiracy theorists are addicted to order.

Even if their most feared hypotheses about the monstrous entities that rule the world are true, that possibility is much more comforting and easier to assimilate than one in which the events that affect them are cause by mere chance and follow no pattern. If the universe follows a set of rules, no matter how harrowing and unfair these are, then mortals can at least have the illusion of being able to affect them. We’ve all wondered what the purpose of it all is, but, as director Sarah Adina Smith points out, philosophical thinking has always been seen as an elite practice rather than a natural curiosity in all humans to comprehend their place the chain of life.

Her sophomore effort, Buster’s Mal Heart, confronts a biblical passage about a man defying a supreme force with the tragic destiny of an average, hard-working young man who wishes to free himself and his family from the societal constructs and regulations by which all of us abide. Portraying two sides of the same coin, Emmy-winning actor Rami Malek goes from a mundane existence a dead-end job to a nomadic and lawless existence evading the authorities in the woods. Jonah, the concierge, becomes, Buster, the criminal, and what links them are the questions about how their reality functions and whether or not they have the power to influence it. Powerlessness and rebellion coexisting in a duality separate by a tragic event.

Set in the late 1990s, the film revolves around the concept of “the inversion,” a restructuring in the systems that govern our destinies, which is set to take place when Y2K (the year 2000) arrives. For Buster, this new world order means a chance at altering the horrors of his past. Deftly executed, this sci-fi drama with spiritual undertones communicates visually through symbolic imagery rather than in explanatory dialogue, and makes a point of presented underrepresented characters at the forefront.

MovieMaker got existential with Smith to discuss the origin of her intricate metaphysical drama, and why it was important that the demonized hero on quest for answers was a man of color. 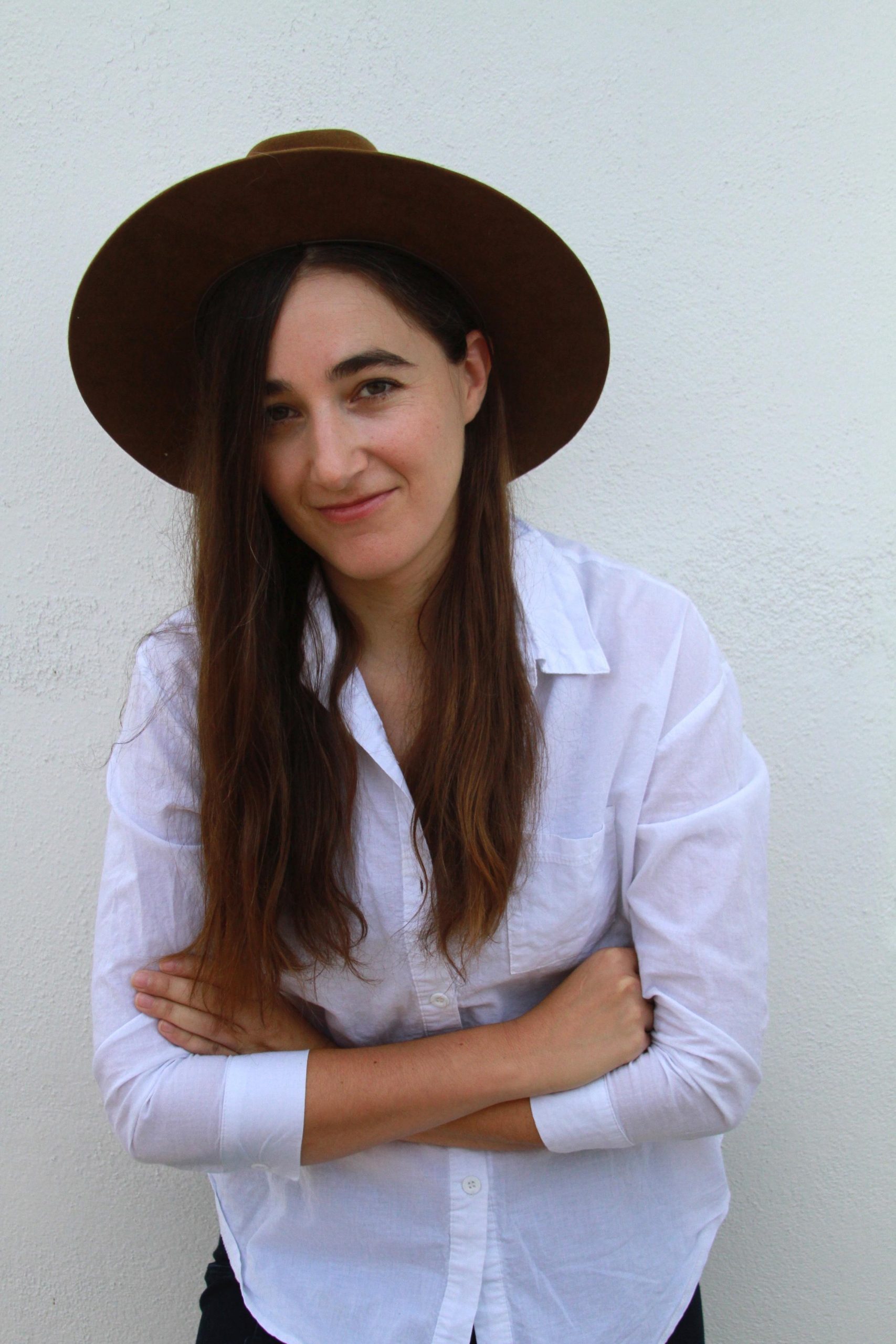 Carlos Aguilar, MovieMaker Magazine (MM): The concept of “inversion” is central to Buster’s Mal Heart’s plot and Jonah’s odyssey. How was this concept developed?

Sarah Adina Smith (SAS): If you started to imagine that the cosmos were governed by this giant mechanism of cause and effect, this endless chain of causality, you’d imagine that events were playing out in one direction, and the entire universe was unfolding in one direction. I thought it was interesting to think what would happen if that great mechanism of the universe were to stop and start cranking in the opposite direction. That’s where it came from.

MM: There are clear metaphysical notions in the film, but it also feels like it’s dealing with the structures that we build for ourselves to make sense of the universe. We see those structures through the prism of what we could think of as conspiracy theory.

SAS: We’re all trying our best to understand this mysterious game that we’ve been dropped into. In our society, it’s this elite practice to get to be a philosopher, and to get to ask these questions. You get mocked a lot of times for taking these questions seriously and earnestly trying to ask them. I really appreciate the earnest nature of a character who is doing his best to look the universe in the face as truthfully as possible. I do think there’s humor in that too, because who knows if we’re ever going to get it right? At best, we come up with these estimates or with these models, and try to impose some sort of reason or logic on the universe. More often than not, perhaps it’s inevitable, but we slip and fall on our face and realize we were wrong.

That’s why I liked the whole notion of Y2K. That was something that a lot of us, or at least the media and some fringe outlets, got worked up about, and it was so clearly nothing in the end. I know that, for me personally, I totally thought the world was going to come to an end, and I really believed that strongly. So that was a moment where I fell on my face and was wrong. I appreciate the earnest nature of that feeling, but also I think there’s a lot of humor in the awkwardness of trying to get it right as a human here on earth.

MM: Was this personal belief you had of the possibility of the end of the world the reason why you decided to sprinkle in some of the film’s biblical and religious elements?

SAS: I think that the film is very much about a man trying to call God or the gods or whatever you’d like. Some people call it the laws of nature, but it’s one man trying to essentially call those powers to task. Jonah is a man with a rebellious heart, so I think that’s why I was drawn to the Biblical story of Jonah and the whale, as someone who says “No” to God, who says, “Fuck this, this is messed up and I don’t want to do it.” I was interested in retelling that Biblical story from a more modern point of view.

MM: What are the parallels, in your view, between this film and your debut, The Midnight Swim? They’re both mysteries, with supernatural elements yet very humanistic…

SAS: I’m interested in stories about the human heart. I’m interested in stories about grief, which for a lot of people, losing someone that they love is just unacceptable, an unacceptable part of reality. I’m interested in stories about people who’s hearts can’t let go, who’s hearts love so strongly that they can, in a sense, break the laws of nature in order to try and find the one that they love. The Midnight Swim has that in common with Buster’s Mal Heart. Both stories are about someone who may seem crazy from the outside, if you were looking from the outside in, but if you allow yourself to get inside their skin for a moment and reserve your judgment, then you just might find that they’re getting something right about the nature of the universe. I like this notion, that perhaps we’re not all slaves to the laws of nature; perhaps through love, we might be able to bend or break them.

MM: One of the most interesting aspects of Buster’s Mal Heart is your decision to make Jonah a Latino character. What was the motivation behind this choice?

SAS: It was really important to me, for multiple reasons. I grew up in Colorado, and in the place where I grew up, it was a very white-bred, suburban neighborhood, but there was a Latino neighborhood within our neighborhood, which was definitely struggling economically. For me, that was such a draw. My very first crush in Kindergarten was a little boy from Mexico named Julius. I think I was always drawn to that culture as a source of real love and warmth and color. I wanted to show a portrait of a brown man in a very white world, as a way of enforcing the sense of isolation for him, psychologically. Also, when I was starting to think about the story, I had been reading different articles, and there were a couple articles that came out about hermits or mountain men that were breaking into empty vacation homes for food and shelter, and I thought that was really interesting.

At the same time I was reading those articles, there was this article that came out about a Mexican fisherman who had been lost at sea for 1000 days, and it’s the longest anyone has ever been recorded being lost at sea and surviving, so I think I was inspired by his character a little bit too. It was a pretty big news story when it came out, and everyone was suspicious of him, because he had started off his journey with another man in his boat, and everybody thought, “Oh my gosh did he cannibalize him, and that’s how he survived?” But he claimed, “No, I found faith out there, and God sent me turtles and I drank their blood to survive.” That story was really inspiring to me, and I think I just wanted to stick with that idea that the fisherman was of Mexican descent. We actually filmed it off the coast of Mexico. We filmed the mountain portions in Montana, and the ocean portions off the coast of Mexico because I wanted us to all take that journey with the character and really go to those places together.

MM: Something I wanted to commend you on—and I want to know how you achieved it—is the fact that the Spanish dialogue in the film is incredibly authentic. Often when Spanish dialogue is spoken in American films, like Sicario, it feels like it’s taken from Google-Translate. I was impressed with the authenticity in your film. You even include some culture-specific jokes. What kind of research, help or consultants did you use to achieve this?

SAS: We really crosschecked it with a lot of different people, and both Rami and I really wanted to make it feel authentic. We got so lucky, because our crazy talented hair and makeup artist Gabriela Quiñónez is from Mexico. It was really awesome to have her on set, and to be like, “Does this sound right to you? How would you say it?” It was great to get to work with a fluent Mexican Spanish-speaker to try and get stuff right.

She’s Every Woman: In Julian Rosefeldt’s Manifesto, Cate Blanchett Proves It’s All in Her (Interview)
A Different Way of Doing Things: Orthodox Moviemaker Rama Burshtein on Her Hasidic Rom-Com The Wedding Plan