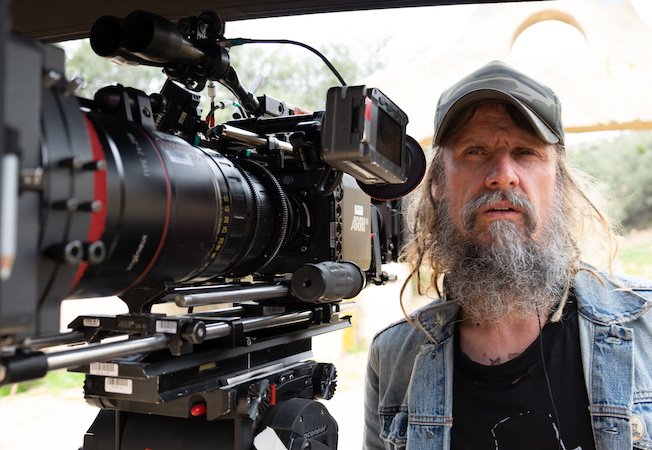 Rob Zombie still can’t let go of some of his past off-screen nightmares.

“After I finished Halloween II, I was so beat up by the process that I hated making movies, and even watching them… I never wanted to see another one again,” Zombie told MovieMaker about the 2007 film.

But there was an upside: His struggles on the sequel to the remake of John Carpenter’s 1978 classic spawned a more creatively autonomous approach that the horror writer-director has applied to every film he’s made since.

Zombie’s latest, 3 From Hell, stars frequent collaborators Richard Brake, Bill Moseley, and Sheri Moon Zombie in roles both new and reprised, capping off his trilogy that began with 2003’s House of 1000 Corpses and continued with 2005’s The Devil’s Rejects. Here, he speaks freely and frankly with MovieMaker‘s Max Weinstein about what making that film and the many others in his canon has taught him about the scary business of scary movies.

1. You’re not going to be better in a scene if you’re making someone else in it worse.

2. If you don’t click with your actors, it can lead to a disaster that slows down your crew and the whole production entirely. If you do, you can always take the material to another level, because your cast will be willing to do anything.

3. Mo’ money, mo’ problems. A bigger budget means that more people with an opinion are going to get involved. You have to listen to them, but you’re going to have more fights.

4. Even if you have an extra 20 days or an extra $10 million to shoot a movie, it doesn’t matter. You have to stay on top of everything at all times.

5. Shoot every conceivable angle of your location until there’s nowhere else to shoot and you max out every inch of the space. Get the most bang for your buck.

6. I don’t mind if somebody has an opinion. Not everything I think or say is perfect. It’s just that you can’t have a lunatic be the person who’s giving you the note.

7. When you pick on someone in a test screening and ask, “What do you think?” that person usually won’t have the film language to articulate your movie’s problems. You might as well ask your dog to tell you how to fix the edit.

8. What you can get out of a test screening is an opportunity sit with an audience and feel the room. If something in your film is supposed to be funny and no one laughs, it’s probably not funny.

9. John Carpenter told me, “You know what directing is? Getting that army over that mountain before the sun goes down.” It means you’ve just got to fucking get it done before the sun sets.

10. My editor, Bob Lambert’s advice to me was, “Whatever you do, finish the movie. Because if you don’t and it sits on a shelf, you will never finish it. It’ll sit there for the rest of your life.” That was the best thing anyone ever told me. MM

More in Inside MM - Directing

The Scorsese v. Marvel Debate Isn’t About What You Might Think It’s About
Edward Norton Set Motherless Brooklyn Aside for So Long He Didn’t Remember Writing It