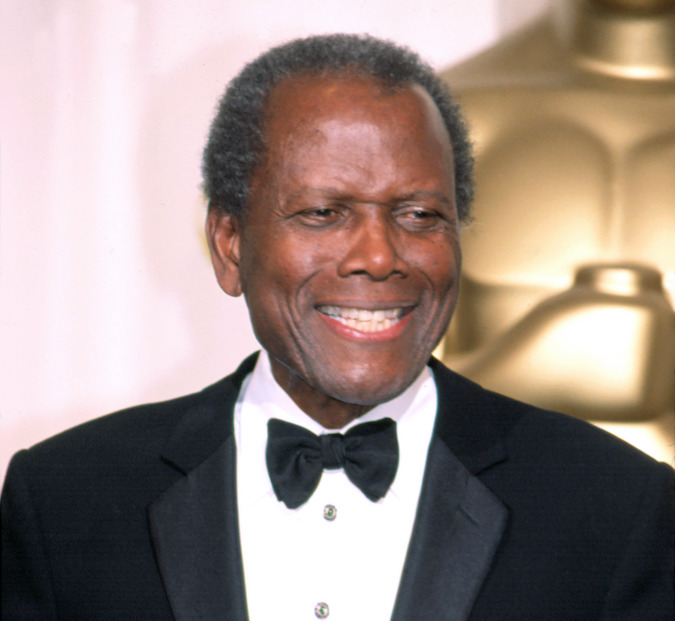 Hollywood legends Sidney Poitier and Peter Bogdanovich have died; Mike Judge teases a return to Beavis and Butt-Head a decade after their last appearance; Rooney Mara is set to star as one of Hollywood’s most iconic starlets for Apple. All in today’s Movie News Rundown.

RIP Sidney Poitier: One of the greatest living actors and icons has died at the age of 94. Poitier was the first Black performer to win an Academy Award for Best Actor, which he won for Lilies of the Field in 1964. He also starred in the classics In the Heat of Night, To Sir, With Love, and Guess Who’s Coming to Dinner. As a director, his films included Uptown Saturday Night and Stir Crazy.

His Influence: is endless, but also immediately apparent in a way that it isn’t for many other Hollywood legends. You don’t need to look further than Jordan Peele’s 2017 Get Out, a horrific update on Guess Who’s Coming to Dinner, to see how Poitier helped set the templates for countless modern films. 1967’s To Sir With Love used a classroom setting to explore racial and social issues in a way many later films would; in the same year, In the Heat of the Night established the Black-and-white cop pairing that would set the standard for countless movies that explore disparities in the criminal justice system.

Well-Said: “What a landmark actor. One of a kind. What a beautiful, gracious, warm, genuinely regal man. RIP, Sir. With love,” wrote Jeffrey Wright.

One-Dimensional Questions: He rejected media attempts to pigeonhole him merely as a Black actor, or to accept the notion that he should have to speak for all Black people.

The legendary Sidney Poitier has reportedly passed away at 94. A true icon.

Here is a powerful interview from him back in 1968 – he was addressing how he was being treated by the press.

More Loss: Soon after we posted yesterday’s Rundown, we learned of the passing of another cinematic icon, Paper Moon and The Last Picture Show director Peter Bogdanovich, at the age of 82. He was also a film scholar. “Mr. Bogdanovich wrote his series of monographs on great directors, including Ford, Hawks, Hitchcock and Orson Welles,” the New York Times notes.

In Recent Years: Peter Bogdanovich worked with Netflix to help finish and release Orson Welles’ long lost The Other Side of the Wind — a movie he also stars in. I had the great privilege of interviewing Bogdanovich for his final film: a Buster Keaton documentary: The Great Buster: A Celebration, which was released in 2018.

Forever a Champion of Old Hollywood, He Said to Me: “One thing I’d tell aspiring filmmakers is to spend a couple of years not looking at anything made after 1962.”

Pay Off Your Jokes: He also explained how an interview he conducted with director Leo McCarey as a film journalist helped him figure out the ending of Paper Moon.

The Great Buster: Here is the iconic car chase scene from Bogdanovich’s screwball comedy What’s Up, Doc?, which was directly influenced by the work of Keaton.

In other news today…

And I Said, What About: Breakfast at Tiffany’s and Roman Holiday starlet Audrey Hepburn will be portrayed by Rooney Mara in an upcoming film for Apple, Variety reports. Call Me by your Name director Luca Guadagnino is set to direct.

Is It Just Me?: Or does it feel like there are a lot of Hollywood biopics on the horizon?

New Beavis and Butt-Head: Earlier this week, Mike Judge teased an upcoming Paramount+ movie “and more” on his Twitter. While the sketches he included of the best friends are middle-aged, it’s unclear whether that’s how they will be portrayed in the upcoming movie “and more” or if they were drawn that way specifically for the teaser. I imagine whatever state we meet them in, gas station nachos will be their primary diet and they’ll still be looking (and failing) to score.

Beavis and Butt-Head will be returning this year with a brand new movie and more on Paramount+. No exact date yet, but soon. They need some time to get back in shape. pic.twitter.com/tN5rePP9Kn

This Rocks: I spent much of 2020 rewatching and catching up on my Mike Judge. I consider him to be our foremost satirist working today. Between Office Space and Silicon Valley, Judge displays such an acute understanding for what makes the small one-off interactions in any work environment completely absurd and yes, occasionally soul crushing. I zoomed through seven or so seasons of King of the Hill, which he co-created with a pre-The Office Greg Daniels, and also caught up on my Beavis and Butt-Head.

If You’re New to the Snickering Duo: I’d recommended starting with Paramount’s Beavis and Butt-Head Do America feature film from 1996. The balancing act of any outing with the pair is a steadfast commitment to their absolute stupidity and adolescent naivety, and how that completely halts their normal functioning in society at every corner. This film adaptation nails that balance throughout. It also looks incredible.

Did You Know?: In the audio commentary to the film, Judge discusses when Agent Fleming (Robert Stack) orders a full cavity search on Butt-Head. While Judge had a talented team of animators working under him on the movie, he only felt comfortable doing the drawing of a frazzled and violated Butt-Head post-cavity search, himself.

A Good Primer: Dom Sinacola for Paste Magazine has a wonderful write up for the 25th anniversary of Do America last month.

‘You’re Not My Paperboy’: We leave you with this story about how a new paper route with Judge and his brother in Albuquerque inspired the Tom Anderson neighbor character in Beavis and Butt-Head: