In 2010, Indian-Canadian filmmaker Richie Mehta met a man whose story inspired his script for Siddharth. The film screened at the 70th Venice International Film Festival and opens across the U.S. this summer. It follows a man in search of his 12-year-old-son through the bustling streets of New Delhi. Mehta talks about his process writing, shooting, and editing the film while retaining its intimate and authentic feel.

I’ll start with the basic experience that led me to make this film. In 2010, I sat in an auto rickshaw (a three-wheeled taxi) in Delhi, talking to the rickshaw-wallah driver in Hindi. He told me he had sent his 12-year-old son to a factory job in a different city and never saw him again. He found out his son may have been kidnapped, taken to a placed called “Dongri.” He asked me for help finding “Dongri,” assuming I was educated because of how I carried myself. He had been asking anyone he met for over a year, but no one seemed to know where it was. He didn’t have a photograph of his son and didn’t even know how to write his son’s name.

I did a Google search and found “Dongri” in five seconds. So many aspects of this situation were unfathomable to me, like my easy access to information that was life-and-death for the man, and the fact that he didn’t own a photograph of his son. How was he going to find his boy? I made some inquiries, but found that I couldn’t help because too much time had passed. The boy was long gone.

I went back to my home in Toronto and began work on a long-gestating passion project, a sci-fi drama called I’ll Follow You Down. It took ages to finish the script, finance and cast the film. All the while, the complexities of what I’d experienced in Delhi grew like a cancer. I dwelled on the tragedy of the economic situation. The fact the father couldn’t even grieve for his boy, didn’t have time to take off work, didn’t have the developed-world luxury of falling apart. There was something so sad and remarkable about this man’s strength.

So I wrote a basic outline. Slowly it grew and the shell of a film emerged. I found I wasn’t focusing on the boy, the potential kidnapping, or even child slavery. Instead I focused on the man I encountered – his search, dealing with loss, and the economic situation that trapped him. 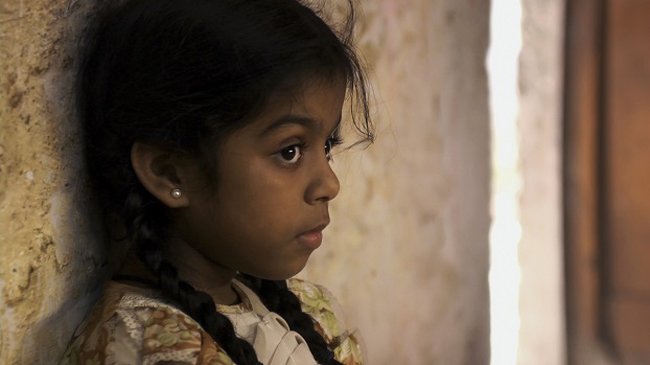 I wanted the viewer ahead of him every painful step of the way. I couldn’t recall a film in which the audience found themselves ahead of the main character in a thematic, existential sense. It would hurt the audience to realize the inexorable economic forces behind the father’s limited education and the reasons the son was snatched. Once the audience understood the probable outcome of the father’s journey, it would hurt even more, because they’d have grown to care for the man.

In writing the script and translating it to motion picture, I wanted it to be so real the viewer forgot they were watching a film. In order for the audience to truly empathize, they would have to question whether they were watching actors or real people from the streets. What was artifice? What was captured incidentally?

To achieve this I used every trick in the book: casting actors born of those streets; shooting them as integrated with their chaotic surroundings; and writing the script so the protagonist processed things at a slower rate than the audience.

Flash forward eight months. I was in India ready to shoot Siddharth. We’d raised a shoestring budget to get it through a handful of private investors interested in the issues raised by the film. I’d assembled a loyal and skilled crew of 11 people, a cast of over 65, and thousands of potential extras to inhabit the streets.

I found wonderful collaborators in my producers Steven Bray, David Miller, and DOP/lead VFX artist Bob Gundu from Canada. Every other department head was Indian, led by my line producer, Jasbir Sawhney, from Delhi. I knew I could trust them all. The cast, led by leads Rajesh Tailing (who wrote the Hindi dialogue) and Tannishtha Chatterjee, were world-class.

But I needed another piece of insurance: I needed to shot list the entire thing before Day 1 of principal photography. I’d tried that on my first film, Amal, but simply couldn’t manage the time. Here, I made sure I wouldn’t suffer the same fate. I sat in a tiny apartment office for three weeks and visualized the film, shot for shot, based on the locations I’d chosen with Jasbir. I went back and re-wrote scenes to fit our chosen locations and make things easier for the actors.

For example, in the script, [protagonist] Mahendra’s home was a small place, but not a box. The location we picked, however, was tiny – but perfect. So I re-wrote the home-scenes with a mattress on one side, the kitchen on the other, and a strategically placed water jug and TV. This encouraged the actors to maneuver throughout the space in the way I’d imagined.

Everyone knew what they were doing. The crew was well-oiled because there were so few layers of communication (the advantage of having one person in the camera department, one in costumes, one in production design, and one AD). Of course, it helped to be light on our feet in massive crowds, at railway stations and marketplaces.

But also crucial was earning the trust of the neighborhood representatives, the people who took it upon themselves to protect the area from unwanted visitors and outsiders looking to exploit them. Sometimes it was an elder, other times an angry young man who just wanted attention. Explaining what we were doing, why we were doing it, and how we would achieve it well before showing up with cameras became part of our process. Once they understood and agreed this was a project worth pursuing, doors opened and we were met with kindness.

The neighborhood dwellers, particularly the children, were excited to have us around, and we were happy to throw them into various shots. Since each scene was so simple in its premise (e.g. Mahendra needs a phone number and waits for his brother-in-law to give it to him) there was room for the world of Delhi to intrude on our plans. Indeed, it was part of our design. Each shot contained something we didn’t account for, but we worked to incorporate it into the film.

We finished each day early. That’s not a claim a director makes often, and almost makes for a boring story. But believe me, there were hardships and challenges to overcome. The most difficult aspect of production wasn’t wrangling thousands of people into a frame, or even hoping we’d get a pocket of minimal noise to capture usable audio. The challenge was to help the actors understand that despite surrounding madness, the lens, the frame, was on them. These actors were used to the streets of Delhi, but they needed to filter them out. I wanted the small scenes to weave into a tapestry of global implication.

After getting it in the can in 21 days, I returned to Toronto and assembled the film in two months. But then I got my financing and cast for I’ll Follow You Down. So I put away Siddharth to shoot and edit my new film. 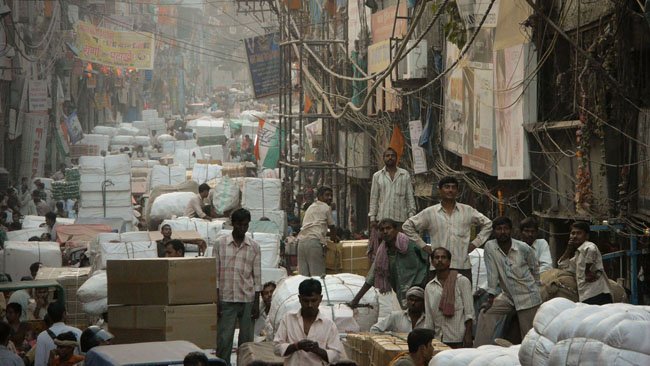 Nine months later, I picked up Siddharth again, having forgotten what I’d done with the edit. I saw it with fresh eyes and realized it had the potential to work. Watching as a viewer, having forgotten the pain and forethought that went into the process, I realized we struck something unique and meaningful. The luxury of a nine-month hiatus from the edit was wonderful.

Our composer, Andrew Lockington, brought 27 extraordinary players of the London Symphony for our score, and his soul permeates every note. Once we finished the music, sound, and edit we sent out the film to festivals. I went back to India and found a local artist to paint original posters, harkening back to the old stays of Indian cinema when the common man was canonized through film and poster-art.

When we received our surprising acceptance to the “Venice Days” section of the Venice Film Festival, I was told the film represented a neo-realist take on India. We had achieved our goal from a filmmaking standpoint. I can’t imagine a bigger compliment to our cast and crew in creating the verisimilitude the picture required. MM

Siddharth opens in theaters in New York on June 27, 2014, and in Los Angeles on July 11, 2014. All pictures courtesy of Zeitgeist Films. To subscribe to MovieMaker Magazine, click here.

A Location with Character: Shooting Echo Park
How They Did It: ER Chaos in Code Black