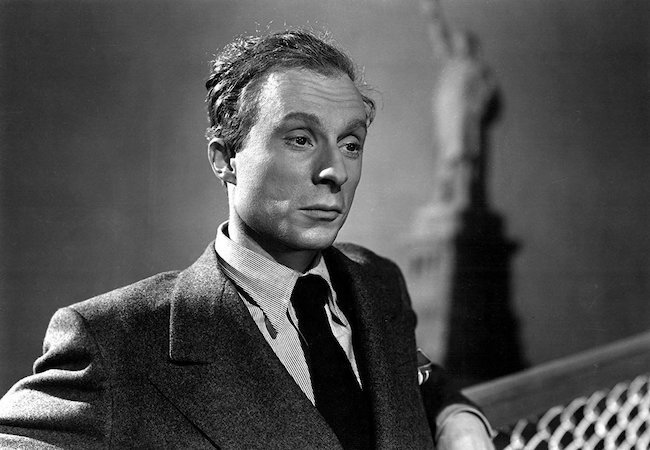 We say goodbye to 106-year-old Norman Lloyd, who worked with everyone from Hitchcock to Apatow; how to recreate a bombing raid without CGI; the Golden Globes feel scapegoated.

But First: Top Gun came out 35 years ago today. Here’s a silly story about the three times director Tony Scott got fired, and another about the time the Blue Angels mistook Tom Cruise for a hippie.

Edward Norton Joins Knives Out: Deadline reports that Edward Norton will join Daniel Craig in Rian Johnson’s Knives Out sequel, joining the recently cast Dave Bautista. Netflix agreed in March to pay more than $400 million for the next two Knives Out films. So we hope nobody’s working for scale.

Scary: Dasha Nekrasova’s horror debut The Scary of Sixty-First, inspired by the Jeffrey Epstein case and the subject of our latest MovieMaker cover story, has a distribution deal, Deadline reports. Shudder has North American SVOD rights in North America, the UK, Ireland, Australia and New Zealand, while Utopia has picked up remaining rights. Utopia plans to release the film in theaters and digitally this year, Deadline says.

R.I.P. Norman Lloyd: The actor, who worked with everyone from Orson Welles to Martin Scorsese to Judd Apatow in his nearly century-long-career, has died. The actor, also known for St. Elsewhere, died at his home in Brentwood, NBC News reports. A 1942 Hollywood Magazine article noted that Lloyd became a stage actor at 7, and came to Hollywood in 1939 while one of Welles’ Mercury players. He didn’t break through onscreen until Alfred Hitchcock’s 1942 Saboteur, when the magazine said he had a “mighty promising” career. Good prediction. His most recent role was in 2015’s Trainwreck. Lloyd was married to his wife, actress Peggy Lloyd, for 75 years. She died in 2011 at age 98.

Congratulations! The 23rd annual Sarasota Film Festival handed out the Narrative Feature Jury prize to Best Summer Ever, directed by Michael Parks Randa and Lauren Smittelli, a fresh take on teen musicals featuring a “fully integrated cast and crew of people with and without disabilities.” The Documentary Feature Jury Prize went to Chasing Childhood, about “overprotected and over directed American children [who] are wilting under the weight of well-meaning parents.”

Hollywood’s Circular Firing Squad: The organization behind the Golden Globes feels scapegoated. Publicity firms and others accuse the Hollywood Foreign Press Association of, among other things, moving too slowly to increase diversity. But Variety quotes HFPA members who say the publicity firms aren’t very diverse, either. Judy Solomon, an 89-year-old HFPA member from Israel, also says the press is “jumping on top of the HFPA — and you had fun doing it.”

Also: I just realized from that Variety report that TheWrap, where I used to work, reported way back in 2013 that the HFPA had no Black members, long before the Los Angeles Times drew lots of recent attention for the same observation. That has added to a feeling among some HFPA members that the current criticism is opportunistic.

Hm: I wonder what will happen next. If we’re looking for hypocrisy, Hollywood (and humanity, for that matter) is what Pete “Maverick” Mitchell might call a “target-rich environment.” Perhaps we should all start from a position of humility, recognizing that every single one of us is flawed and has work to do?