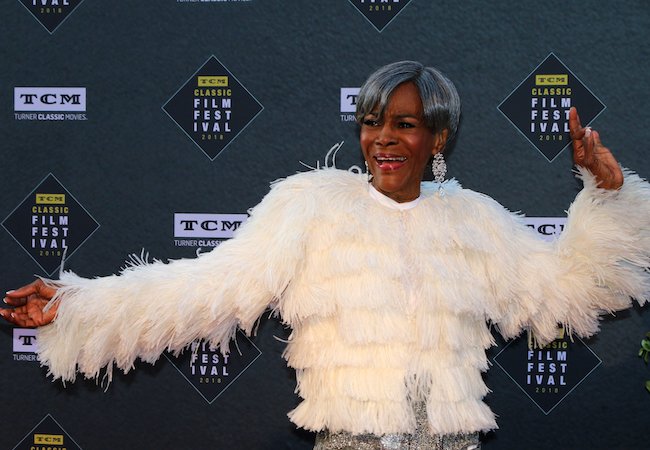 In Today’s Movie News Rundown: We remember the legendary Cicely Tyson, who has passed at the age of 96 after recently sharing her secret to a full life; Sundance moviemakers tell us about their films; Michael B. Jordan is open to a Black Panther return, and WandaVision finally gives us some “first-person intel from inside the Westview anomaly.”

R.I.P. Cicely Tyson: The revered actress, who pledged to only portray “strong, positive and realistic images of Black women on screen” (TheWrap), has died at 96. She earned an Oscar nomination for 1972’s Sounder, and earned an honorary Oscar in 2019. Her astonishing life also included a Kennedy Center honor, the Presidential Medal of Freedom, three Emmys and the Tony.

Inside Sundance: We got the inside lowdown on 19 Sundance films from the filmmakers themselves. The virtual festival is underway now and we’ll be talking about almost nothing else for a while.

Weird!: “George Clooney will executive produce a new television adaptation of Buck Rogers for Legendary, and it is Legendary’s intention for Clooney to star in the project,” TheWrap reports, citing “insiders with knowledge,” which is very similar to the name of my ’90s hip-hop group.

Back to Wakanda?: Michael B. Jordan says a return to the Black Panther films remains a possibility, despite how things ended for his character in the first Black Panther. He told People that the franchise, which lost its anchor with the death of Chadwick Boseman, is “very near and dear to my heart for a lot of obvious reasons.” He added: “We created a family over there. So to be able to be in that world again is something that, I think, will always be on the table in some capacity.”

Some Thoughts From a Former Member of Insidaz With Knowledge: Given that Marvel has wisely promised not to recast Boseman’s T’Challa or to try to invoke him with CGI, Jordan’s Killmonger might be, in my silly opinion, one of the only characters fans would accept as a new Black Panther — especially given his redemption arc in the first Black Panther. Yes, there are some obstacles that writer-director Ryan Coogler would need to overcome. But anything is possible in the Marvel Cinematic Universe. In fact, there’s currently a Disney+ series currently getting a lot of attention that stars two once-dead Marvel heroes. And with that, let’s transition to…

WandaVision: With today’s fourth episode, the deliberately disorienting series is finally starting to make sense. We talk in our latest Low Key podcast about what seems to be going on in the first three episodes of the show – including our theories about who controls everything — and you can listen on Apple or Spotify or here:

‘First-Person Intel From Inside the Westview Anomaly’: After you’ve carefully weighed our Low Key theories, if you’re ready for some spoilers, Disney+ just released this look at the future of the series.

Main image, above: Cicely Tyson in 2018, courtesy of Shutterstock.

Sundance Film Festival Director Tabitha Jackson on Opening Day: ‘Energy — That’s What a Festival Is’
The Dig: Did Basil Brown Really Not Get Credit for the Sutton Hoo Treasure?