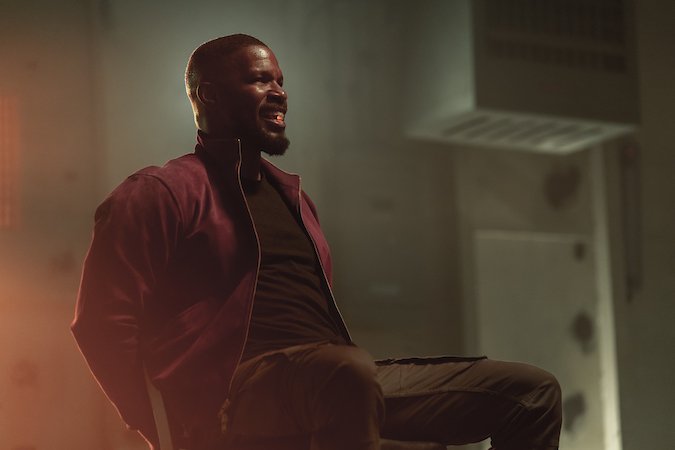 Project Power — the latest from Ariel “Rel” Schulman and Henry Joost — stars Jamie Foxx, and while it may feature superpowers, it’s not a superhero movie. It has no caped crusaders or masked villains, only regular people trying to deal with astonishing powers.

This twist is what drew Schulman and Joost to Mattson Tomlin’s script initially. “If you grow big, then your clothes aren’t gonna fit. You can catch on fire, then your skin’s gonna burn,” explains Schulman.

The duo began directing together in 2010 with their documentary Catfish.

“Filmmaking is a team sport and our job is to get all these incredible people we’re working with excited and on the same page, so that process starts with us,” Joost tells MovieMaker. He adds that when they have an idea that is “a little half baked, then we help each other to make it fully baked.”

Schulman knew Project Power would be their biggest movie yet.

“We’ve been honing our skills and practicing to have an opportunity to make something with this big budget and with an Academy Award-winning actor like Jamie Foxx,” he says. “He was the person we’ve always imagined, and then you cross your fingers and hope to God Joseph Gordon-Levitt wants to play ball.” 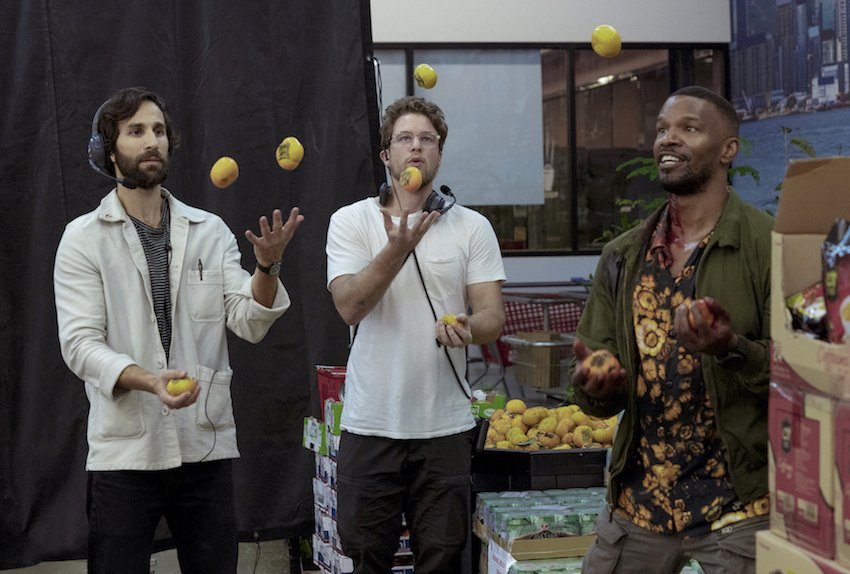 Project Power follows a former soldier, Art (Jamie Foxx), who allies with a New Orleans cop, Frank (Joseph Gordon-Levitt), and a local, Robin (Dominque Fishback), to save his daughter from the forces behind a new drug.

The drug, Power, imbues the taker with an unknown superhuman ability for five minutes.

“We took a scientific approach to the powers and how we dealt with them,” says Joost. “We had an amazing VFX supervisor, Ivan Moran, who also was a physics major in college. He informed the way that we shot it and what side effects would take.”

Also Read: Beyonce and the Proud Pan-African Tapestry of Black Is King

The side effects and consequences to Power resembles drug use. The drug affects each user differently, introducing new abilities for each character, and users struggle to gain control or let it overcome them. Schulman and Joost used unique inspiration for how Power, like any drug, would take effect.

“We tried to find an animal kingdom reference in nature for every power,” said Schulman. “For Joseph Gordon-Levitt’s bulletproof skin, we looked toward the tardigrade which is a tiny microscopic animal that can withstand a nuclear blast. That was the pattern we used on Joe’s skin. We were most inspired by science videos like microscopic videos and nature documentaries.”

However, the real power isn’t anything the characters get from the drug.

Jamie Foxx’s character explains in the film, “The system is designed to swallow you whole. You gotta find out what you do better than anybody else and rock that. That’s your power.”

“One of the messages of the film is that there is no magic pill that’s going to give power. Power is something that you have inside of you, something you find and you need to learn how to use,” says Joost. “The fact that you can find a beautiful message inside of a sci-fi was really exciting for us.”

Project Power, directed by Ariel Schulman and Henry Joost, is available to stream on Netflix this Friday.

Sean Penn Leads A-List Fast Times at Ridgemont High Live Table Read
How Before the Fire Used Planes, a Burning House and Humvees to Reverse-Engineer the Timeliest Script of the Year