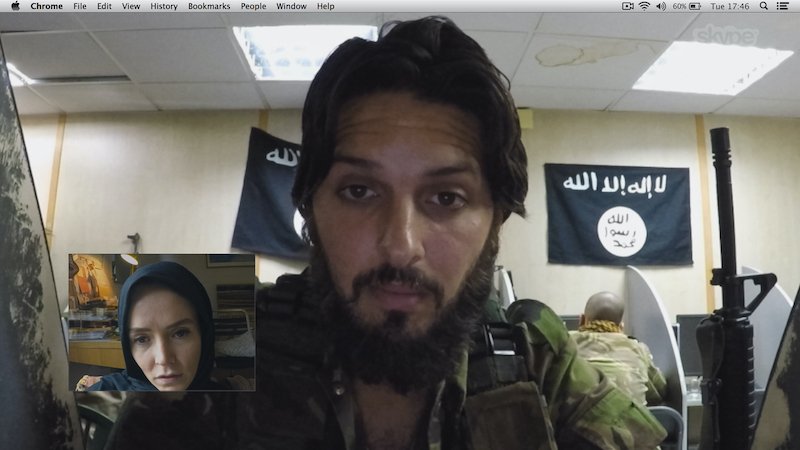 Seven years ago, when working on Unfriended, producer Timur Bekmambetov realized the potential for stories that unfold entirely on a computer screen.

“In the editing room, we were missing this scene. And we had a choice to call the actors and to shoot the screen,” Bekmambetov tells MovieMaker over Zoom.

“I asked Leo [Gabriadze], my partner, the director: Can’t they just chat it to each other? And when we did it, we suddenly understood in screenlife, chatting is more emotional than seeing faces, because faces can lie, but your interaction with the screen is very real.”

Screenlife is the software Bekmambetov pioneered, and that his latest thriller Profile employs. But it is also a more general term he uses for an entire genre of films that exist solely within the confines of the computer window.

Profile follows a talented-yet-broke London-based journalist who poses as a new convert to Islam in order to catfish an ISIS bride recruiter for a story. It is based on the remarkable true story which became the non-fiction book In the Skin of a Jihadist: Inside Islamic State’s Recruitment Networks, by French journalist Anna Erelle.

Like all of Bekmambetov’s recent ventures — which includes the Unfriended series and Aneesh Chaganty’s Searching —  the drama unfolds entirely on the character’s computer screen.

Profile takes place in 2014 London, but this did not create the usual problems involving slightly dated background vehicles and wardrobe. Instead, the period details involved Facebook then versus Facebook now. 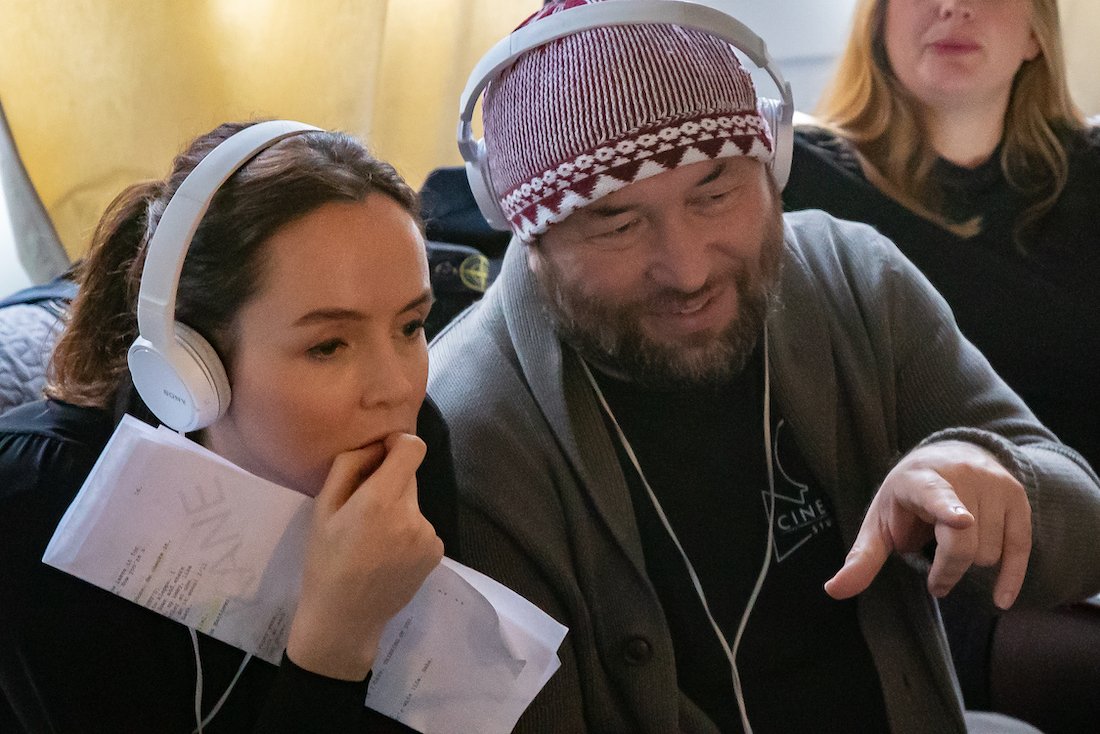 Valene Kane and Timur Bekmambetov on the set of Profile. Photo by Rob Done/Focus Features. Main image (above): Kane and Shazad Latif in Profile. Courtesy of BEZELEVS/Focus Features

What does it mean for directors leading a screenlife film? Are they running through takes but instead, asking actors to click on this internet tab first, or to try moving their cursor a little faster this time?

It’s slightly more complicated. On Unfriended, the on-screen computer movements were all designed.

“The first movies were almost like animated movies, because all these motion designers created the rhythm and the choreography,” Bekmambetov explains. But with the Screenlife software that Profile was created within, the actors themselves are performing all of the computer movements — whether executing a Google search or chatting with one another — in real time.

“The uniqueness of Profile is that we created the real folders and real environment and the actors did it themselves,” Bekmambetov says. “And we recorded their faces and their behavior and their manipulation with the screen at the same time. This is what is revolutionary for Screenlife.”

Also read: How Spiral Director Darren Lynn Bousman Went From Fired and Broke to Three No. 1 Movies in a Row

So when actor Valene Kane, as the journalist Amy, Skypes with the terrorist Bilel, while also simultaneously text chatting with her boyfriend or her boss, Kane does not have to pretend to be multitasking. She really is performing those simultaneous actions during the sequence. This leads to more natural performances, and Bekmambetov adds that it also gives space for the actors to improvise.

As Amy rifles through folders on her desktop in search of a video file or frantically downloads spy software before a pivotal Skype conversation with Bilel, Kane chooses how these actions will play out in the moment.

He highlights Profile to illustrate his point: “The whole story happens in the digital space.” A traditional film on this true story would have to “show two people sitting in the rooms and chatting with each other” — an unfeasible pitch.

But it works in Screenlife, he adds, “as soon as you see the screens,  then it’s a drama, then it’s a thriller, it’s a romance.”

Profile, directed by Timur Bekmambetov, opens in theaters on Friday.