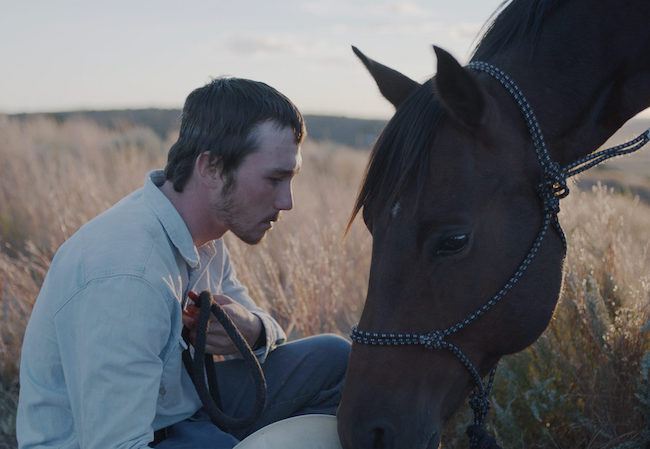 Living in Portland, Oregon has its advantages if you’re a film geek. Plenty of beautiful scenery, delicious food, incredible beer, legal weed and most importantly, an outstanding array of cinematic opportunities. The Rose City has more independent and neighborhood theaters operating per capita than most American cities, a world-class video store/museum (Movie Madness), and a film scene that is expansive and deep with talent.

Mixed into all of this is the Portland International Film Festival, a local cinema institution that specializes in serving up a vast selection of foreign and domestic, while highlighting new works and reviving old favorites.

With an expected 40,000 attendees over its 14-day run, the 41st Portland International Film Festival pulls together a multi-faceted experience with over 130 films, while presenting a full spectrum of fiction, documentaries, and shorts – and featuring works by both returning masters and emerging talents.

PIFF’s biggest event is its opening night screening/party that serves as a excellent opportunity for filmmakers to network and soak up the local hospitality. This year, PIFF selected the dark comedy and Sundance favorite “Death of Stalin” (starring Steve Buscemi) to get the ball rolling on festivities. The opening night party that follows is traditionally a great mixer of regional and international filmmakers, with delicious local food and plenty of diversions.

The bulk of the festival is spread throughout the nearby Portland cityscape. Visits to neighborhood theater favorites like Cinemagic, Laurelhurst and Cinema 21 intertwine with screenings at the Whitsell Auditorium (located in the Portland Art Museum), which serves as home base for the festival.

The category set up for PIFF follows a familiar, yet adventurous tact. Along with the sections devoted to directors, documentaries and world cinema, PIFF features an After Dark silo that caters to more genre-bending work and curates Animated Worlds, which celebrates award-winning animation with a decidedly more mature following.

“99.9% of what’s in the festival lineup is a Portland premiere.” mentions Nick Bruno of the Northwest Film Center, which produces the festival. “We’re interested in the audience and giving them an opportunity to see films from around the world, many of which will never have theatrical runs in town.”

Representing the homegrown filmmaking scene, PIFF features Oregon-made films prominently within its Shorts category. Among the locally-made fare you’ll find a dystopian narrative with an eye on women’s rights (We Have Our Ways) and a documentary on a Portland art car creator and prankster (Thou Shall Not Tailgate).

“The Made in Oregon programs at PIFF tend to be some of the most popular shows in the festival, usually selling out.” notes Bruno. “We’re really grateful that Portland audiences trust us enough to take a chance on work that isn’t driven by the kind of marketing that your average Hollywood product takes for granted.”

Won’t You Be My Neighbor?, one of PIFF’s documentary selections

Among the highlights from this years schedule include screenings of Oscar-nominated films in the foreign language (On Body and Soul), documentary short (Edith and Eddie), and short film (Dekalb Elementary) categories. Also in the spotlight is Won’t You Be My Neighbor, a documentary on Mr. Rogers from Morgan Neville (20 Feet from Stardom), Lean on Pete, an Oregon-made story of a boy and his horse from Andrew Haigh (45 Years) and 24 Frames, the final film from the late Palme d’Or-winning Iranian filmmaker Abbas Kiarostami (A Taste of Cherry).