Postcards from Colombia: The Next Location for Your Indie? 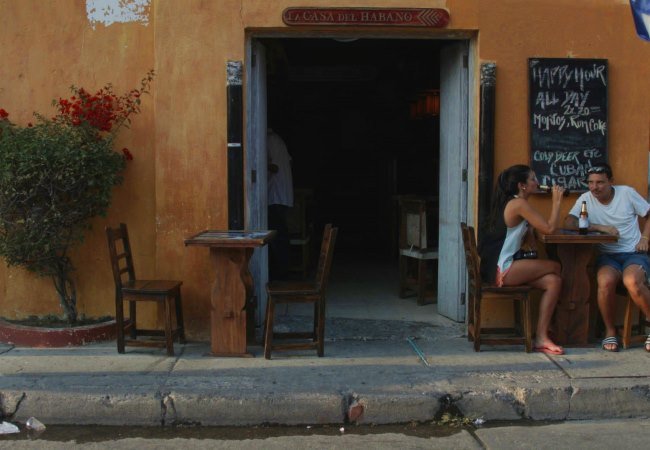 Put down a tripod anywhere in Los Angeles, and you may find yourself with expenses in the four-figure range by the time the permits and required insurance are covered.

And the paperwork systems in big cities such as L.A., New York and London often seem to cater to the next Transformers sequel than to projects of more modest means.

Well, these days there’s a whole country that is particularly keen to welcome filmmakers to its shores: Colombia. The headline offering right now is a generous 40 percent refund on certain production expenses, which naturally is subject to a few conditions: The minimum in-country spend required to qualify comes out to about half a million U.S. dollars (with a $12 million annual budget); the services of an experienced producer and legal and accountancy professionals are required in order to get paperwork through.

The cityscape of Medellín, Colombia

So far, so good. But as my own friends’ unanimous reactions to the idea of visiting the country illustrate, Colombia remains the poster child of the 1980s and 1990s for the trafficking of illegal narcotics and guerrilla warfare. Yet my visit convinced me that the reputation is horribly outdated. I was sponsored by a government organisation, Proimágenes Colombia, that took pains to show everything in the best possible light. And even with the most cynical eye, Medellín, Bogotá or Cartagena today possess no more than the usual danger of any big city or popular tourist spot in the world.

The terrain of the country is mountainous, and as ever in the tropics, climate is controlled principally by altitude. The capital, Bogotá, sits ringed by mountains, at a high enough altitude for the effects to be felt by people who aren’t used to it. It’s a bustling, modern city that, with careful location scouting, could conveniently act as a double for many of the cities of North America or Europe.

A shoot takes place at the Caracol studios in Bogotá

Bogotá is complete with glass-and-steel corporate structures of a type that’s quite unexpected in a country that the locals freely refer to as “emerging”. There’s a lot of red brick, which is a reflection of the raw materials available locally, and the weather is cool and wet year-round (quite a familiar experience for a London-based moviemaker like myself).

Locals call Medellín, which is much closer to sea level, the “city of the eternal spring,” though in early March it felt a lot more like a particularly enthusiastic British summer. The city offers its own filmmaking tax incentive of an additional 15 percent, meaning that qualifying productions could receive an even bigger discount on locally-hired production services. Without the big TV production companies of Bogotá, the production scene in Medellín is more subdued. Yet rental facilities exist that could facilitate both large and small productions, in a way that would qualify them for the financial incentives. There is talk of building sound stages here, although it might be too early to count on that just yet.

Cartagena (properly Cartagena de Indias based on early explorers’ misguided ideas that they’d found a fast way to India) is possibly the best-known part of Colombia because of its popularity as a tourist destination. As a colonial Spanish city, it’s amazingly well preserved, with nine of the 11 kilometers of city wall—built to keep pirates out of the rich colony – still extant. The biggest question is why Pirates of the Caribbean never shot here.

Coconuts for sale off a cart on the streets of Cartagena

That said, the narrow, winding streets of the old city probably aren’t the easiest place to bring a large-scale production. The Rosario Islands, about 40 minutes away by boat, offer more or less everything one could wish for in terms of a tropical experience: white sand, palm trees and high-factor sunscreen.

Overall, the likelihood of Colombia as a major international filmmaking destination has grown, thanks to massive efforts to clean the country up in the ’90s and ’00s (according to locals, the problems in that department peaked 20 or 30 years ago.) The big-money incentives will apply best to productions of a fairly specific size, but the savings in cost of doing business in most Colombian cities might outweigh the cost of travel and lodgings for all but the tiniest projects. And I haven’t even mentioned the beauty of all those palm trees… MM

All photographs by Phil Rhodes.