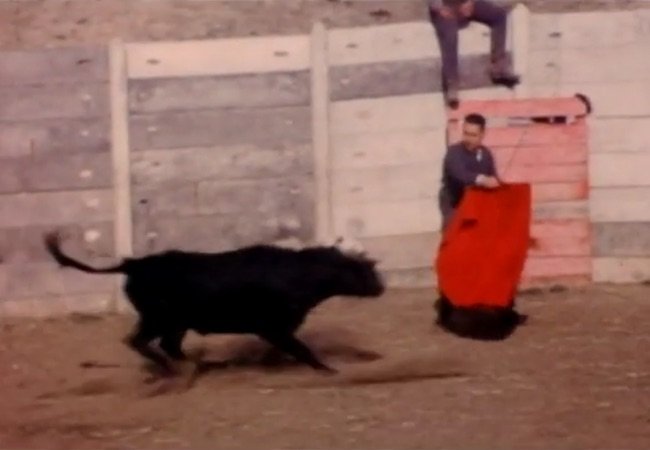 Possessor, the new film from Brandon Cronenberg, was born from the director’s discomfort with self-promotion. But the film is also inspired by real-life mind-control experiments that inspired decades of fascination and fear.

“The film was rooted in my own kind of trivial experiences with identity, and being on the road with Antiviral, my first feature, for a long time, and the first time you do that, having to build a public persona — and having this weird alternate self that you’re performing,” he tells Eric Steuer on the latest MovieMaker Interviews podcast.

In Possessor, Andrea Riseborough plays Tasya Vos, a corporate assassin who uses brain-implant technology to take control of other people’s bodies to carry out executions of high-profile targets. Cronenberg says he didn’t intend for the technology in the film to be rooted in reality – but as he researched, he found that to some degree, it was.

Cronenberg learned of a scientist skilled enough in brain manipulation to stop a charging bull in its tracks.

“Especially in the 1950s and 60s, a Spanish doctor, Jose Delgado, did some very interesting and unsettling experiments, putting wires into people’s brains and stimulating parts of the brains electrically, and found he could control an alarming range of emotions and other behavioral functions,” Cronenberg says.

“And in fact, in the film, there’s a kind of documentary on the TV at one point where you’re watching a bull in a bull fight. And it’s implanted with this brain implant. And that’s actually Delgado in the ring with the bull. That was a sort of a famous experiment that he did.”

You can listen to the full interview on Apple or Spotify or above.

As this Scientific American post explains, Delgado “pioneered that most unnerving of technologies, the brain chip, which manipulates the mind by electrically stimulating neural tissue with implanted electrodes.” The post adds that he implanted “radio-equipped electrode arrays” he called “stimoceivers,” in dogs, cats, primates, and humans. “With the push of a button, he could evoke smiles, snarls, bliss, terror, hunger, garrulousness, lust, and other responses,” Scientific American wrote.

The bull experiment occurred in 1964. As The New York Times reported a year later, Delgado implanted “fine wire electrodes” in the brain of a bull bred for ferocity. When the bull charged him, he pressed a button on a remote control “and the bull braked to a halt.”

As you can imagine, Delgado’s research has fired the minds of many sci-fi and horror writers, well before Possessor.

It also struck fear in conspiracy theorists. The Wiki for Alex Jones’ InfoWars, for example, has a section about Delgado under the category of “mind control,” and a 2013 Infowars article argued that experiments like Delgado’s could be used to turn psychiatrists into “policemen.”

If you enjoy the MovieMaker Interviews episode with Brandon Cronenberg, we invite you to subscribe and review us on Apple or Spotify or wherever you get your podcasts. We talk to fantastic directors, writers, actors and other moviemakers every week, often multiple times a week. You can find all of our MovieMaker podcasts here.

Possessor, directed by Brandon Cronenberg, is now in select theaters and is available on-demand Nov. 6.