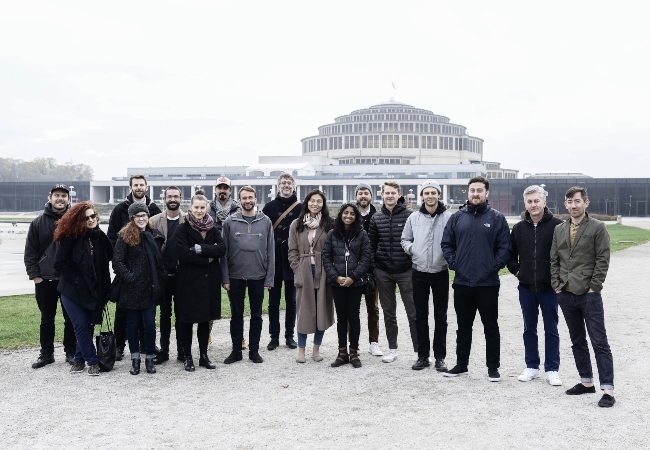 Calling all North American filmmakers interested in working in Poland!

This year’s 12th annual U.S. in Progress event at the American Film Festival in Wroclaw, Poland, is marked with a unique opportunity — for the first year ever, Canadians are invited to apply to the festival’s signature film industry event. U.S. (and now Canada) in Progress is designed to connect European buyers and Polish post-producers with American and Canadian independent filmmakers who are seeking funds to finish their film and get it exposure and distribution in Europe.

The 2021 event will take place from November 10-12 in Wroclaw, Poland. The goal is for participants to sign distribution and post-production deals to help distribute American and Canadian films in Europe.

The requirements to apply include that your film project is in the final production stages, with at least 30 minutes of footage edited. Films that have already premiered or that already have European sales representation are not eligible. Submissions will remain open until Sept. 9. You can apply here.

Seven to 10 film projects will be selected, from which a professional jury will award some projects with post-production and distribution packages from the festival’s sponsors. One film will receive a Polish post-production package with a value of $10,000 on behalf of the Polish Film Institute. However, all accepted films will have invite-only screenings attended by a group of top European buyers, such as sales agents, distributors, and festival programmers, as well as post-production houses and investors.

“U.S. in Progress Wroclaw is a first-time filmmakers fairytale,” said USiP alum Edson Jean, who entered his film Ludi. “They offer a tremendous opportunity to support filmmakers in the post-production phase and also open a pathway to the real potential of Polish/American collaboration for current and future projects. I’d say it’s Indie film’s best-kept secret…but they want everyone to know they are here to collaborate!” 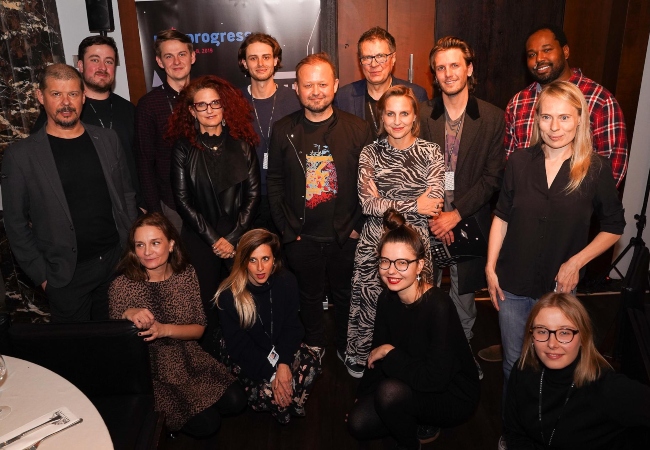 The 2019 US in Progress group, courtesy of USiP

Fellow alum Jonathan Cuartas, who entered his film My Heart Can’t Beat Unless You Tell It To, said the event “opened my eyes to the bridge of creativity between European and US markets. I had the chance to meet industry professionals and filmmakers alike, from all around the globe. It was an enlightening experience that also allowed us to collaborate with the highly coveted Polish post-production house, Fixafilm. For low-budget films like ours, winning a post-production prize was amazing, and the team at Fixafilm really showed how much they’re willing to champion new filmmakers.”

In addition to U.S. in Progress, the American Film Festival also offers several less-formal networking opportunities like lunches, dinners, happy hours, one-to-one meetings with film professionals, and excursions in Wroclaw to help attendees develop a sense of the city. There will also be excursions hosted by the Wroclaw Film Commission that will go outside of the city to historical sites, including charming castles.

The networking opportunities are to encourage connections between Polish producers seeking U.S. and Canadian partners — and vice versa. The Polish Film Institute will also present panels about film incentives in Poland.

“U.S. in Progress is an incredible resource for us for discovery as we are planning the Tribeca program each year,” said Cara Cusumano, festival director of the Tribeca Film Festival. “The selection is reliably excellent, and having the opportunity to connect directly with the filmmakers as they are strategizing their festival launch is invaluable. I have programmed close to 20 films from USiP over the years, and met filmmakers who have continued to return to the festival year after year.”