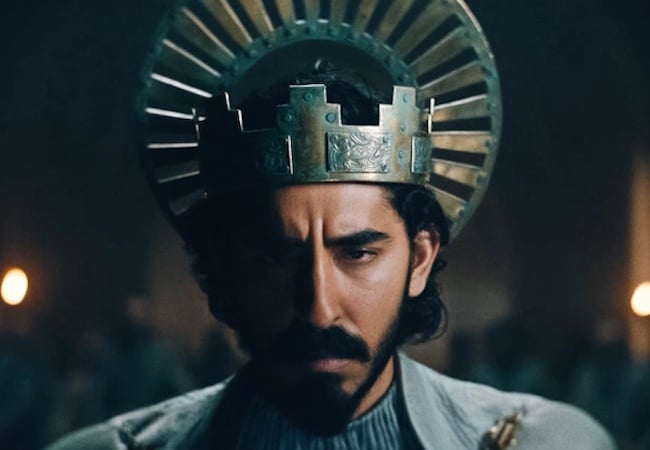 How director David Lowery re-edited and changed the visuals of The Green Knight in lockdown; a new Exorcist trilogy will soon possess more than $400 million; the virtues of Calgary, one of the best places in the world for moviemakers. Plus: The first trailer for The Card Counter, starring Oscar Isaac as a gambler with a wrenching past.

David Lowery: When the pandemic delayed the release of his Arthurian epic The Green Knight, director David Lowery reopened the edit and added 60 visual effects shots with the aid of The Wanting Mare director Nicholas Ashe Bateman. He describes that quest in this first-person account from our latest issue.

Was It Worth It? The film, which stars Dev Patel as a knight going to meet his fate at the hands of the jade-skinned titular character, is getting splendid reviews. It’s out Thursday.

Stampede: The film business in booming in Calgary, one of the top 10 cities on our list of the Best Places to Live and Work as a MovieMaker, and I talked with Calgary film commissioner Luke Azevedo about all the reasons why — and the fact that the Canadian city is welcoming newcomers with open arms. You can listen here:

Matt Damon: The New York Times has a good profile of the Stillwater star, which opens with an interesting anecdote about Jack Nicholson and closes with a funny one about Gene Hackman.

The Card Counter: The latest from Paul Schrader looks to have solid odds of becoming one of my favorite movies. Here’s the trailer.

Exorcist: Universal Pictures and its streaming corporate cousin, Peacock, have made a roughly $465 million deal for a new Exorcist trilogy that will star Leslie Odom Jr. and Oscar winner Ellen Burstyn, who will return to the franchise for the first time since the original Exorcist, The New York Times reported. It will be written and directed by David Gordon Green, who also rebooted Universal’s Halloween franchise. The Times cited sources who said the deal was “in the vicinity of the $465 million that Netflix paid in March for two sequels to the 2019 whodunit Knives Out.” Creative Artists agent Bryan Lourd negotiated both deals.

But I Thought Movies Were Doomed? The Times also notes that the “eye-popping talent paydays of 2017 and 2018,” when Netflix scooped up TV creators like Shonda Rhimes and Ryan Murphy, “have migrated to the film world.”

Well, Yeah: The Writers Guild of America recommends that “everyone on-site in a writers’ room be fully vaccinated.” This recommendation comes a week after the main Hollywood guilds agreed on a policy that allows producers to require vaccinations for certain cast and crew. The Hollywood Reporter has details.

Tell Me More About This “Nicholas Ashe Bateman”: He has a pretty incredible story, and tells it in this Demystfied interview with our friends at StudioFest.