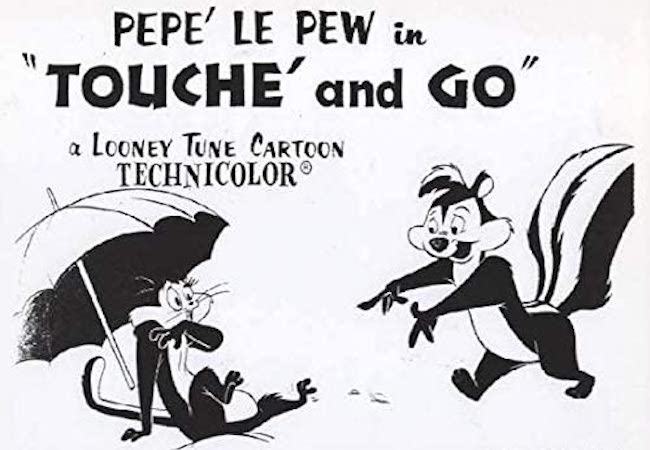 In today’s Movie News Rundown: The Pepe Le Pew saga gets dumber; let’s compare and contrast Nomadland and Borat Subsequent Moviefilm; Nomadland finds that China is “no land to rely on,” we’ll always have Zamunda.

But First: The Queen’s Gambit, the Netflix hit starring Anya Taylor-Joy as a troubled chess genius, may become a musical,  Variety reports.

Zamunda Conquers All: Coming 2 America had the highest opening-weekend streaming viewership of the past year, The Hollywood Reporter says.

No Land to Rely On: The Associated Press reports that Chinese censors have removed some social media posts about Nomadland, directed by Beijing-born Chloe Zhao. “Even as some celebrated her win, others dug up two interviews where Zhao said things that they considered an ‘insult to China,’ The AP says. The film’s Chinese title is “No land to rely on.”

Charles Blowback: Yesterday we wrote about how Space Jam 2 decided to cut a scene last year featuring the handsy, boundary-breaking skunk Pepe Le Pew — and how last week, unrelatedly, New York Times columnist Charles Blow offhandedly opined (in three words, total) that Pepe Le Pew “normalized rape culture.” Anti-PC people looking for a reason to be aggrieved conflated the two things, littering the Internet with complaints that the left had gone Looney Tunes and was out to cancel cartoon characters.

But Surprise! Now Deadline reports that in the scene Space Jam 2 cut, LeBron James gave Pepe Le Pew a lecture on consent, and that the smelly skunk learned a valuable lesson.

Eh, What’s Up Doc?: Isn’t that exactly the kind of thing the anti-PC folks are always getting mad at? Cartoons pushing a so-called progressive agenda? You would think they’d be happy about the Pepe Le Pew scene getting cut, since they would probably see it as “performative wokeness.” But no, performative outrage is just as popular.

Okay: I’m sorry to write so much about Pepe Le Pew, but honestly, it’s really fun to say or type the words “Pepe Le Pew.”

More Cartoons: Some users who attempted to watch Tom & Jerry on HBO Max instead got Zack Snyder’s four-hour Justice League, ten days before it is scheduled to debut.

Here to Bring It All Together: Is this tweet.

Pepe Le Pew was cut from Space Jam 2. Not for the sex stuff. He just said the word "Taiwan" in an interview.