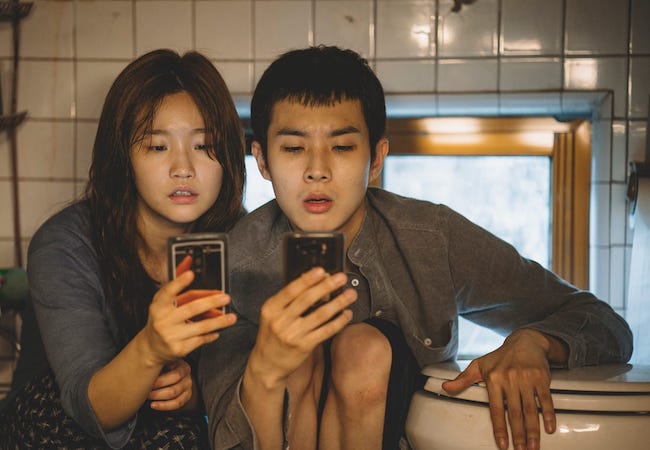 Parasite, Bong Joon-ho’s Oscar-nominated thriller, challenges our sympathies throughout: Do we sympathize with the destitute Kim family? Or the wealthy Parks?

It may seem obvious to you — but it’s probably a given that not everyone sees Parasite the way you do. In the latest Low Key podcast, we talk about how our sympathies shifted, or didn’t, throughout the masterful film.

Consider: We’re always inclined to root for underdogs, and the film begins by focusing on the predicament of the hungry and internet-challenged Kim family, who live in a grubby subterranean apartment that is periodically poisoned by street-level insecticide spray. Of course we want them to succeed.

When they begin to con the wealthy and largely clueless Parks, we’re mostly on their side. But they begin harder to root for as they screw other working-class people out of jobs and even turn to violence to hang on to their newly acquired success.

The film highlights the calamitous lack of any middle ground — in the form of a middle class.

It’s also intriguing to wonder how privileged Oscar voters will feel about the Park and Kim families. Do they follow the natural inclination to support underdogs, trying to break through? Or will the notion of being suckered by hangers-on hit too close to home?

Listen on your favorite podcasting platform:

Here are some highlights, with time stamps (and spoilers galore):

7:15: How the Kims screw over other working-class people.

8:00: Are we mad at the Kims for letting insecticide get on the pizza boxes?

45:10: Thoughts on the Adam McKay adapatation of Parasite.

46:30: Is Tyler Perry’s Fall From Grace the “African-American Parasite“?