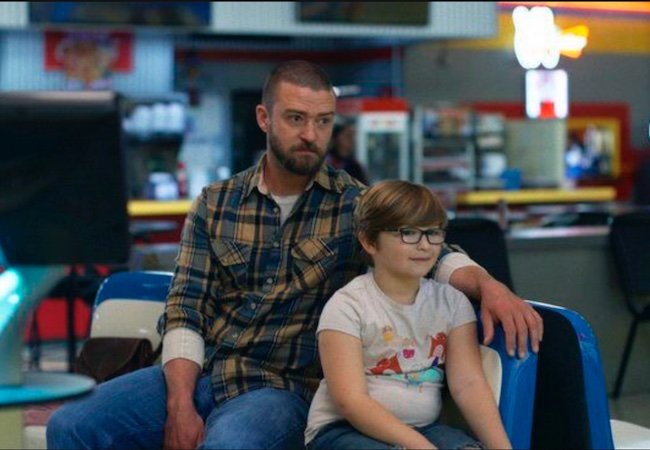 Palmer, the new film from Fisher Stevens, hangs completely on the performances of its two leads: Justin Timberlake, who plays Palmer, an ex-con returning to his small Louisiana town, and Ryder Allen, who plays Sam, a 7-year-old boy bullied for liking princesses, dresses, and dolls.

Timberlake was the easy part: Stevens said the singer-actor was a committed, collaborative pro. But 120 boys auditioned for the challenging role of Sam, and once Stevens found Allen, he  called up Peter Bogdanovich, whose 1973 film Paper Moon contains one of the best performances ever by a child.

“I had Ryder watch that movie, and I was blown away by the performance that Tatum O’Neal gave in that film,” Stevens says in the latest MovieMaker podcast, which you can hear on Apple or Spotify or above.

“And I even called the director Peter Bogdanovich, who I knew a little bit, and asked him how he directed her, and how difficult it was. And it was like Peter directed the film yesterday. He was so clear in remembering how he directed: talking to her like an adult, getting down on her level, looking in her eyes, giving her confidence. And he just gave me those words of advice that really kind of helped me direct Ryder.”

O’Neal became the youngest person ever to win an Oscar for her Paper Moon performance, opposite her dad, Ryan O’Neal.

“We did not have a lot of time to shoot — it was 25 days to make the whole film,” Stevens said. “And when you have a 7-year-old, you only get him for a certain amount of hours. So it was quite a tricky schedule and Ryder had to really have his act together on the set every day before we started shooting.”

Meanwhile, Timberlake: How not difficult was he? He rehearsed with Stevens for several weeks, and took on a weight-training regimen to better inhabit his rough-and-tumble Palmer. Stevens, an actor himself whose long resume runs from 1986’s Short Circuit to his current role on Succession, was impressed.

“One of the reasons I think he wanted to make the film and that I think we really gel is that he’s from the South. He knows these guys like Eddie Palmer. And I think he really could relate to them and lose the pop star self easily, because he could go into that space of who these people are.

“You know, some days, we’d shoot four different scenes from four different days. So you’d have to constantly be changing his outfits. And he would just go in a car and change, go into the bathroom and change,” Fisher said. “He was super cool like that.”

The film seems to be a huge success — Apple TV+ just announced that Palmer powered it to its best weekend ever.

You can see Palmer now in select theaters and on Apple TV+.