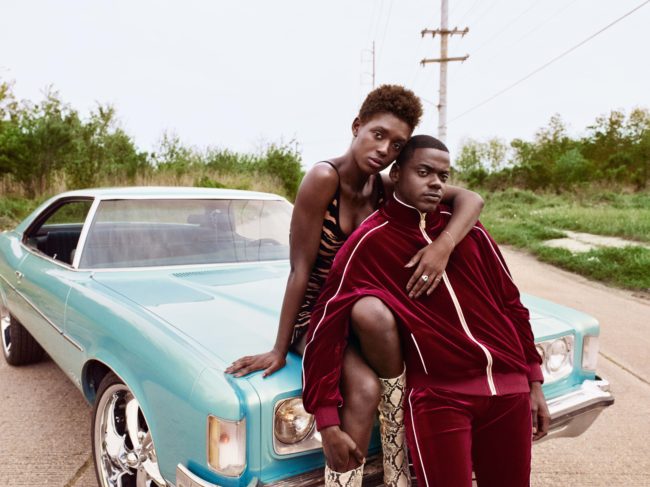 Janelle Monáe’s warmly received Oscars intro paid tribute to a few films that weren’t nominated for anything — including Us, Queen & Slim, and Midsommar.

Monáe said she was “so proud to stand here as a black, queer artist” and pointedly celebrated “all the women who directed phenomenal films.” If you detected some constructive criticism there, it’s because no women were nominated this year for best director — and only one female-directed film, Greta Gerwig’s Little Women, was nominated for Best Picture.

That fact also came up in Steve Martin and Chris Rock’s opening jokes, when Martin mentioned that something seemed to be missing from the best director category.

Monáe celebrated Us and Queen & Slim — two films by black writers and directors, with largely black casts — by including backup dancers dressed as characters in the films. It was a subtle but pointed reminder of their absence from the nominees. Other backup dancers portrayed characters from the passed-over horror film Midsommar. The Academy has historically overlooked horror films, and Monáe’s next film, Antebellum, will be in the horror genre.

Rock more overtly noted the lack of black nominees, pointing out that Cynthia Erivo, who played Harriet Tubman in Harriet, did such a good job hiding escaped slaves that “the Academy got her to hide all the nominees.”

Of course, some of Monáe’s backup dancers just reflected the films that were nominated — we spotted a couple of Jokers. “Rocketman,” which earned one nomination, also got some recognition, thanks to a short solo by Billy Porter.

And Monáe opened the show by singing “It’s a Beautiful Day in the Neighborhood.”

The film of the same title was another film directed by a woman — Marielle Heller — who wasn’t nominated.

Spirit Awards Nominees Tell Us What They Learned While Making Their Films
Chris Rock Explains Why Oscars Don’t Have Hosts Anymore: ‘Twitter’