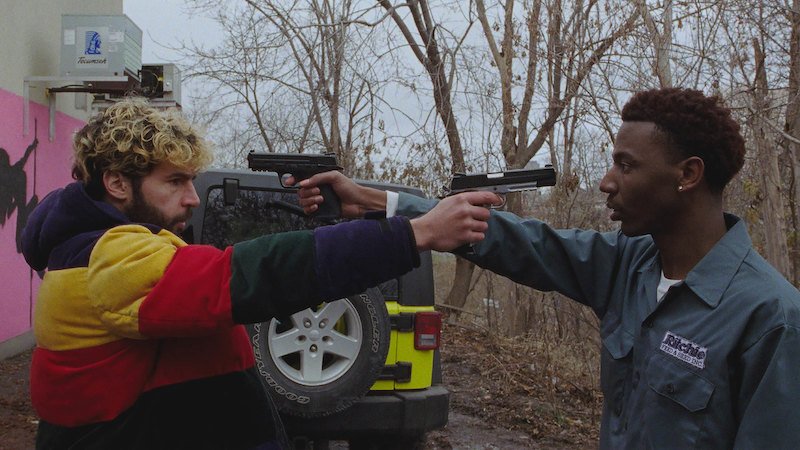 The subject matter of On the Count Three, which follows two longtime friends who make a suicide pact, might surprise those who know actor-comedian Jerrod Carmichael from more accessible work like his ABC sitcom The Carmichael Show.

In a Q&A following the film’s Sundance premiere Saturday, Carmichael said that he has “always been infatuated with getting more complicated thoughts to broader audiences…  I think ‘broad’ gets a bad wrap. I love broad things.”

The Carmichael Show, he explained, was a “family sitcom that I used to trojan-horse these topics that I found interesting.”

On the Count of Three is Carmichael’s feature directorial debut. Along with directing, Carmichael acts opposite Christopher Abbott. They play two perpetually down-on-their-luck friends who make a pact to kill each other. 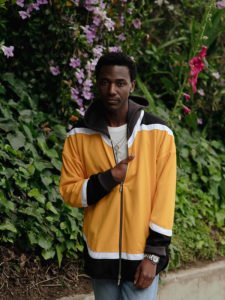 On the Count of Three director and star Jerrod Carmichael

The subject matter is pitch black, and there is plenty of moments of gallows humor, along with a palpable current of anger that drives many of the friends’ interactions.

“Things can still have a true weight to them and deal with honest gut-wrenching things, and still be humorous, entertaining and interesting,” Carmichael said.

He praised the film’s “brilliant” screenwriters, Ari Katcher and Ryan Welch, with whom he works on Hulu’s Ramy.

“They came to me with this concept. It felt right. It was something that we were all able to pour a bit of ourselves into,” Carmichael said. “We could all unite on a common goal, because we all united on that feeling, that emptiness that you’re running from — that’s what we connected on. And we just couldn’t stop talking about it. It was on our minds and it just felt right and true to all of us.”

(Warning: Spoilers follow about the ending of On the Count of Three.)

Near the end of the Q&A, one festival-goer asked Carmichael an important question: “Was there any fear that the ending in some way justified or gloried suicide, and how did you guys discuss that to make sure that it was right?”

Carmichael responded: “I’m really big on trusting the intelligence of the audience and their ability to interpret from an ending their own emotion. And we played the story out to its logical conclusion, for that story. [Abbot’s character] was satisfied, it was enough for him. It’s not an easy place to go to, but it just felt like the logical conclusion of his story. As a director, my job is to try to see the story through and tell it completely. And I just trust that people will take that, take the work and extract whatever emotion that feels resonant to them, from it. But we just told the story.”

On the Count of Three, directed by Jerrod Carmichael, premiered in Sundance’s U.S. Dramatic Competition. The Sundance Film Festival runs through February 3.