On Press, and Pressing On: While Promoting A Ghost Story, David Lowery Takes Stock of Life as an Indie Auteur

1. I’m a big fan of routines. I don’t like sticking to them, or setting my clock by them, but I like having them, losing them and then finding them once again.

In 2011 I made a short illustrated film about how I spent my days (which contains the first appearance of my sheet-ghost friend), and last fall I found with no shortage of satisfaction my day-to-day existence falling back into those old patterns. There’s great comfort in familiarity for me. I like revisiting, returning, resting easy on the same-old-same-olds, sinking into nostalgia. A daily routine allows that nostalgia to accumulate like mold in the nooks and crannies of every 24-hour period.

2. Letting go of nostalgia is a large part of what my new film, A Ghost Story, is about. It’s also something I’ve had to get used to because making movies is a lifestyle (not just a craft, not only a career, but a way of living) that is anti-routine. Or rather, that regularly upends one routine in favor of another. The process of making a film is surprisingly rote, but it’s always occurring at a different place, at a different time. You walk past the same fleet of trucks (or vans, or one van, or just a few cars) you walked past last year, but now you’re on another continent. The Fisher dolly your camera is mounted on is the same model you used six months ago, but now you’re pushing it yourself.

3. I write this from an aisle seat somewhere above Seattle, en route back to Texas. This time last week I was in London; in another week’s time I’ll be packing for New York and Los Angeles. A month from now I’ll be getting ready to head home from a zig-zag tour of the Western continents. This is the part of filmmaking you don’t think about when you’re making your movie, that you don’t realize you’re embarking upon until you’re in the middle of it, and which you look back on fondly once the film has receded and no one wants to talk about it anymore. The questions, answers, faces, voices, cameras, microphones, tape recorders and hotel rooms all blur together and fade, and what you’re left with are snippets of cities, strolls across cold cobblestones, detours down winding alleys in towns and burgs you never knew and still don’t, foreign currency jingling in your pocket. At some point on each stop you find yourself standing in the same place at the front of the same theater, in front of what seems to be the same audience, all waiting to hear what you have to say after just having just spent 90 minutes hearing everything you thought you had to say. All of this leaves you worn out and talked out but never not grateful.

4. Here are the questions you can count on while doing press:

Where did the idea come from?

What it was it like working with so and so?

Why was this story important to you?

Tell me about that scene.

What were some of your influences?

What do you hope audiences take away from the film?

What are you making next?

These are all fine questions. There will be others mixed amongst them, a few curveballs here and there, some deeper digging and critical points of discussion and pleasant surprises and occasional stumpers, but the consistency of these core queries is hard to ignore: As you answer them you wonder if you’re putting too much of the same thing out into the world, and yet you want to be truthful and earnest in your response. You want to preserve some sense of mystery but you don’t want to be vague or, even worse, dismissive. You figure out ways to make each answer unique, to make each interview feel like a conversation, but there are certain phrases that just work. They become your bedrock on these long days, and they slip out almost unconsciously after a while.

5. I saw The Lost City of Z on the weekend while shooting my most recent film, The Old Man and The Gun. When I’m not working on a film, I generally watch a movie a day, and when that number has to dwindle while I’m in production, I start to get anxious. Though when I’m not making a film I get anxious too. I enjoy watching movies more than I enjoy making them, but if I don’t make them I feel like I’m not keeping up with the conversation. No one is asking for my participation and my arguments may not hold muster, but interject I must.

7. It’s been almost a year since I quit Twitter. June 18, I think. That was my last post. I didn’t want to delete my account (nostalgia!) but I also didn’t want to access it again, so I changed my log-in setting to a random series of numbers that I would never in a million years remember or be able to reverse-engineer, and that was that. Except that it wasn’t. I still find myself visiting the site frequently enough that if I type the letter t into my browser it will automatically pop up. Muscle memory, I tell myself. Except that then I take the next step and enter my own name into the Twitter search bar. I stalk myself. 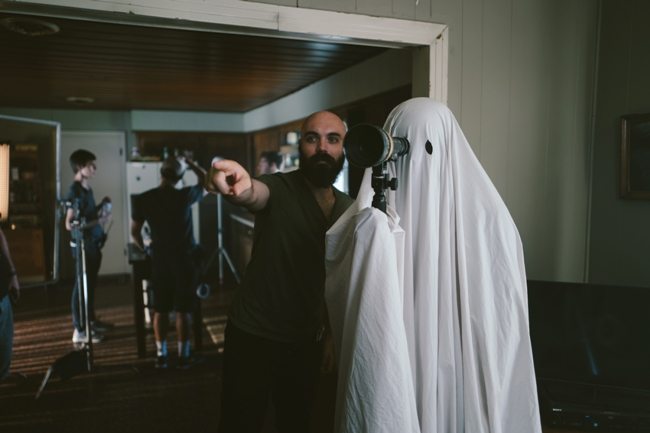 8. Now I’ve landed back in Dallas. I got home from the airport, changed my clothes and went for a run. Next to movies, this is the one thing I maintain some consistency with. When I’m not shooting, I try to run almost every day. While in production, it dwindles to the weekends, and sometimes not even then. This, like going a week without seeing a film on the big screen, is a sadness. I read about Steven Soderbergh spending no more than six to eight hours on set and having time for leisure activity in the evening (after editing the day’s work no less!) and I think: This guy’s got it figured out.

9. I’m supposed to be editing that new film now but I’ve abdicated the cutting room for press duties. It was perfect timing. I watched the first assembly from beginning to end last Tuesday and had just enough time to decide the film was a disaster before grabbing my suitcase and heading to the airport. Now I’m not thinking about it (although of course it’s all I’m thinking about) and not dealing with it (this much, at least, is true) and putting off the process of making it better until I’m done talking about A Ghost Story. And in this context, there is a certain safety in the knowledge that I’ll be talking about it for the rest of the summer. At some point I’m sure I’ll even talk about how that first cut also felt like a disaster and I very nearly buried it in my backyard.

10. Sometimes I freak out and feel overexposed and just want to shut up for a while. I want to let the movie speak for itself. Even that sometimes feels like too much. But then I meet someone who’s just seen it and is excited about it and wants to understand it, and their excitement is vicarious and to them I feel like I’m opening up about it for the first time. Then maybe they ask me what I’m working on next and my exclamation points turn into ellipses. It is very hard to think about nexts at this point in the process. I can imagine myself writing, because I’m doing that, and I can envision myself on some distant and future set. But all the necessary, physical, pragmatic steps between those two points feel not just impossibly far away, but impossible. The idea of getting in a van and scouting locations or casting or walking the racks with my costume designer is downright overwhelming. So I say I don’t know what I’m doing next. For the first time in a long time, that is the honest truth. MM

A Ghost Story opened in theaters July 7, 2017, courtesy of A24. Top photograph by Bret Curry. This article appears in MovieMaker‘s Summer 2017 issue.

Book Review: Shooting Better Movies: The Student Filmmakers’ Guide Should Be a Rookie’s Go-To Reference
Of Bad Apes and Twisted Revenge: Matt Reeves, Steve Zahn, Weta Digital and Others on War for the Planet of the Apes