Here we keep tabs on some ready-to-roll indie features being made from summer of this year ’til fall of next.

Project Description: A harrowing family drama that explores eugenics through the eyes of a Swedish doctor, August Persson, who performed the procedures. When his estranged wife dies in childbirth, leaving behind a half-Roma baby girl, August’s life is turned upside down by his decision to raise her himself. The fact that Soul Searching is set in 1938 Sweden belies the fact that it tells a universal story that resonates powerfully in 2017. The protagonist, August Persson, is everyman, which is precisely what makes this story so timely and important: he is us, right now.

Given the chaos and the state of uncertainty we live in today, I believe the time is right to bring this story to the screen. We may not be any closer to understanding one another in 2017 than we were in 1938, when Soul Searching begins, but as artists it is still our responsibility to tell stories that matter, that make viewers reflect, and perhaps even persuade them to look at the world through a different light. As a Cuban-American filmmaker, it is more vital than ever for me to show that our country remains relevant and continues to concern itself with the world at large.

Principal Photography: We will begin our 25-day shoot no later than June of 2018.

A scene from Soul Searching

Location: Lund, Sweden. Post will be in the US, and we will be wrapped by mid-October 2018, in time to submit to the 2019 winter film festivals.

Seeking: This project will be by funded by regional entities such as Film i Skåne and Film i Ystad, with some possible assistance from the neighboring countries of Denmark and Norway, along with private Swedish financiers. Additionally, we have American investors on board and would welcome more in order to give the project a greater American presence, as this is an American-Swedish (and possibly Norwegian and Danish) co-production.

Project Description: For 15-year-old Abby Avila, home is the last place she wants to be. As her small town trappings and her Mother’s unlived dreams close in on her, Abby seeks refuge in music. When she befriends a traveling punk rock band, she discovers the freedom in making her voice heard and sees home through new eyes.

Coast is inspired by the real life experiences of our writer, Cindy Kitagawa, a native of Santa Maria, CA. She was mentored by Academy Award Nominated actor Bruce Dern and encouraged to tell her story of growing up in a part of the country that isn’t often shared on screen.  Bruce Dern has also come aboard to Executive produce and star in the film.

Principal Photography: Start Date for this 21-day shoot is September 18, 2017. 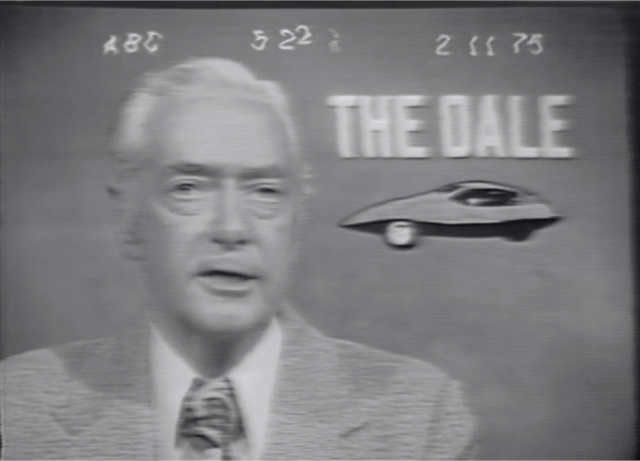 A scene from The Rose Lady

Project Description: In 1974, transgender auto promoter Liz Carmichael rose to prominence in Los Angeles, sweeping the nation in the belief she alone could solve the energy crisis with a revolutionary three-wheeled car called the Dale. After taking in almost $20M, she was revealed to be a male con artist, fraud, and gunrunner for the pre-Castro Cuban government. Soon locked in a court battle for the ages, it was revealed that this fake car was actually on the verge of becoming real.

Project Description: The heartbroken Derek, two years out of college with a music degree, travels to Tuscany in an attempt to understand how life back home in the US fell apart. While in Italy he meets Rach, whose honesty and humor in the face of devastation poses more questions than answers. They spend one day together at a picturesque castle and vineyard that will test the strength of their ties to home and to their futures. The other guests and staff of the castle come into play, painting a diverse picture of the universal reason we travel to the remote heart of a beautiful countryside: to search for, or escape from, challenging truths. Other Plans asks you to decide just how far you are willing to go to accept, or change, the cards you’ve been dealt.

Project Description: Nanay Ko is currently being produced as a full-length musical feature about a Filipino-American girl named Christine. She is left responsible to save her parents’ restaurant from eviction after her father’s unexpected death. Torn between her life’s dream and fulfilling her family’s expectations, Christine struggles to find the balance in her two cultures.

A scene from Nanay Ko

Project Description: Disciples of Dr. D is a narrative feature inspired by the late Dr. John Alfred Dennis Jr. who from 1988 to 2003 was the director of the High Potential Program at St. Mary’s College of California. This program seeks to accept students who wouldn’t normally meet admission standards, but who are either first generation college applicants, participated in various high school extra curricular activities, or worked a part time job to support their family, thus showing their potential to successful college students.

Dr. D, as he was commonly called, dished out tough love to his students by grilling them during a three-week summer orientation which could be better described as an academic boot camp. Students would come to St. Mary’s a month before the regular school year began and lived on campus for three weeks. During this period students attended classes, workshops, went on field trips, met professors and learned about resources, all while researching and writing their first college papers in preparation for being successful college students.

This feature is four stories molded into one. We follow three generation of High Potential students and learn how Dr. D saved them from quitting on themselves. We also follow the hardship Dr. D faced while being the director and a professor at St. Mary’s College as well as an ambiguously gay man working at a Catholic institution without tenure.

This is a story about mentorship and how the best mentors spawn other mentors and help create a cycle of success for their culture regardless of one’s background or hurdles in life.

To be considered for future editions of this department, email jessica@moviemaker.com with the subject line “Features in Development.”

Dream-Come-True Scenario: Scenarios USA Pairs Students with Big-Name Professional Talent
Getting Lucky in Nevada: With a Restored Tax Incentive and Plenty of Locations, There’s More to Nevada Than Casinos