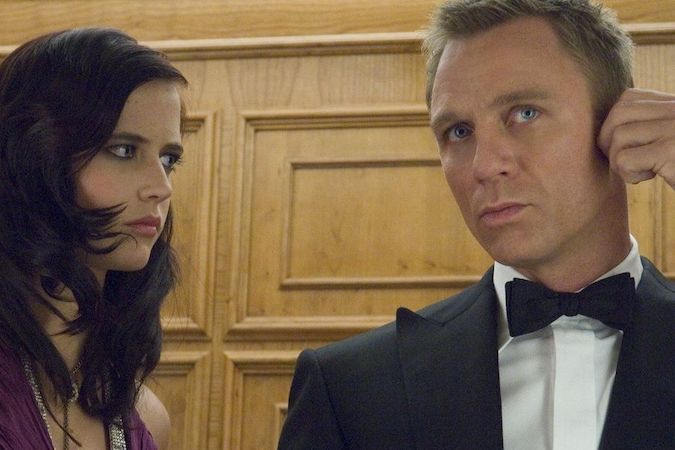 Dear Evan Hansen: It opened to a quite-disappointing $7.5 million this weekend, though IndieWire suggests that it could have been a better fit on streaming. IndieWire also notes that this was the weakest box office weekend in four months. Shang-Chi remained the top film for the fourth straight week, and this coming weekend could be a big week thanks to the James Bond film No Time to Die and the killer-parasitic-costume sequel Venom: Let There Be Carnage.

Bond: James Bond producers Barbara Broccoli and Michael G. Wilson say they won’t even consider who should replace outgoing James Bond Daniel Craig until 2022. “Oh God no,” Broccoli said this morning on BBC Radio 4’s Today. “We’re not thinking about it at all. We want Daniel to have his time of celebration. Next year we’ll start thinking about the future.”

James Bond Will Remain a Man: But one thing is certain, Broccoli told the PA news agency: James Bond will remain a man. ““James Bond is a male character,” she said. “I hope that there will be many, many films made with women, for women, by women, about women. I don’t think we have to take a male character and have a woman portray him. So yes, I see him as male. And I’m sort of in denial, I would love for Daniel to continue forever.”

Who Is Your Favorite Bond?: Let us know in the comments. Mine’s Sean Connery, but I think Timothy Dalton is underrated — he was the first Bond who wasn’t a casually promiscuous player. (I know, George Lazenby’s Bond got married, but look what happened.) Dalton ended up building a Bond who seemed more like a vulnerable, real person who could be both physically and emotionally wounded. Anyway, feel free to disagree.

Netflix’s British Invasion: Variety has this detailed look at all of the UK-based talent, productions and IP recently wedded to Netflix. It took me a moment to realize that this is by a London-based reporter — when she mentions “this side of the Atlantic” she means that side of the Atlantic. (I am writing this in the colonies.)

Evan Hansen: You know that Saturday Night Live fake gameshow “What Is Burn Notice“? That’s how Dear Evan Hansen is for me. Even though I knew it was a beloved Broadway musical, the idea behind it and plot completely escaped me until I watched the film trailer for the purposes of writing this newsletter. It seems like a very hard film to market because of both the complicated plot and difficult themes involved. This isn’t a knock on the film or musical, it’s just odd how some cultural phenomena can pass you by. I’ve also never seen or read a Harry Potter.

Woodstock and Watergate: The Woodstock Film Festival runs from Wednesday through Oct. 3, and among the films is the world premiere of Slamdance co-creator Dan Mirvish’s 18½, a new Watergate-era thriller and dark comedy. The very strong cast includes Willa Fitzgerald (MTV’s Scream) and John Magaro, who is very good in The Many Saints of Newark. Mirvish recently wrote this great piece for us about how to survive financially as an indie filmmaker. As you may have guessed from the title, 18½ gets a little Felliniesque. Here’s the trailer:

Conjuring House (and Ghosts) for Sale; Ex-X-Men Nonsense; Festival News
007 Gets 002 Thumbs Up; What Licorice Pizza Means; In Praise of Body-Swap Movies