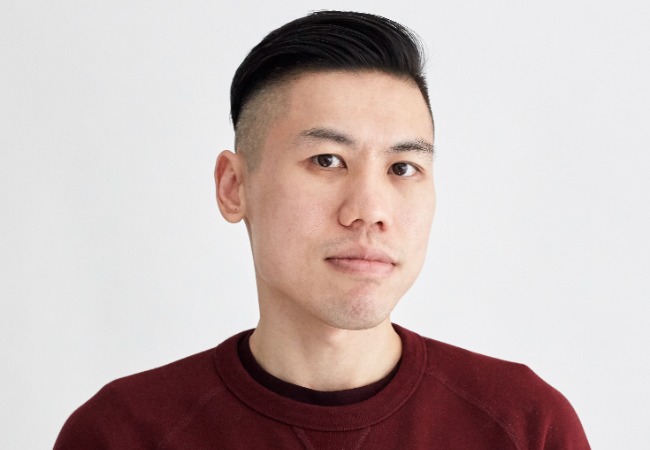 A girl’s crush, a complicated change at the prom and a hex on a coworker are among the subjects of films celebrated at the New Filmmakers Los Angeles’ salute to Canadian cinema.

Here is some info on the filmmakers and their films as well as their video interviews with NFMLA Board Chair Danny De Lillo (Twitter/Instagram: @dannydelillo).

About Polly: Polly is a Eurasian Australian/Canadian dual citizen, who is currently in development on a feature-length documentary about the BC Crown Counsel’s poor handling of Domestic Violence cases and a short dramedy, “Slump.”

About “Wytch Craft”: A fed-up Millennial faces the hilarious realities of casting a hex against her work nemesis.

About Samir: Samir’s career began in documentary at the National Film Board of Canada, where he co-directed three films: “Discordia,” “Bombay Calling” and “Nollywood Babylon,” screening in competition at Sundance. He also wrote and directed the short film “Vest” and co-created “Black Taj.” His awards include a Cannes Gold Lion, a Gold Clio, a Webby, and a D&D. TIFF chose his Arctic Sun as its top commercial on the 150th list.

About “Vest”: When Ali runs away, he gets caught in a case of mistaken identity with perilous consequences.

Watch the NFMLA interview with Samir Mallal, director of “Vest”:

About Richard: Richard B. Pierre is an award-winning multiracial Black filmmaker who has written and directed over a dozen shorts that have been broadcast globally and screened in festivals worldwide. His work tackles a range of genres and subject matter; most recently focussing on race. His first documentary, “What Are You?,” was nominated for a 2020 Golden Sheaf Award, and his latest short, “An Uninvited Guest,” won Best Thriller at the 2020 HollyShorts Film Festival.

About “An Uninvited Guest”: When a Black man is assaulted by police, guests at a dinner party consider the attack unremarkable —except for one.

Watch the NFMLA interview with Richard Pierre, director of “An Uninvited Guest”:

About Alice: Alice is a Korean filmmaker who received her formal film training at Nihon University, Japan. Since then, she has been working in Japan, Korea, the U.S. and Canada as a director, producer and editor. She has lived in Canada as a permanent resident since 2017.

About “Signal Fire”: At a loss for communication, a young man accompanies his stoic traditional Chinese grandfather-in-law to visit a loved one’s grave.

About Cavan: Cavan was raised on Prince Edward Island, Canada. His Island father was a painter and his Sri Lankan mother was a writer. His films have screened and won awards on four continents. Working for nearly 20 years in film production, Cavan has contributed to international feature films, series television, and numerous commercials. Cavan makes his home in Toronto.

About Luke: Luke is a writer, director, and picture editor. His primary focus is storytelling through structure. Most recently, he co-wrote “Receiver” with director Cavan Campbell, and the feature film Reunion with actor Zachary Bennett. As a picture editor, Luke has cut eight feature films as well as dozens of shorts and music videos.

About Tahirih: Tahirih is an actor, singer, conductor, vocal instructor, music director, video editor and arts administrator. She is passionate about storytelling and musical expression and shares that love through her work as a performer and educator.

About “Receiver”: Isolated on the night shift, an idealistic telephone counsellor is confronted by an insidious caller with the power to control her mind.

“Under Pressure,” directed by David Labrecque

About David: Originally from Quebec City, David Labrecque is a writer and director. After studying literature and philosophy, he devoted himself to film and directed “A Matter of Taste” and “Spring Cleanup,” both of which were selected by the Quebec City Film Festival. With “Under Pressure,” he continues his critical approach, but this time venturing into the realm of comedy.

About “Under Pressure”: In the bathroom, Marc, an anxious young marketing director, finally finds relief from his existential crisis when the concierge, his Marxist cabin neighbor, reveals the inner workings of capital to him.

Watch the NFMLA interview with David Labrecque, director of “Under Pressure”:

About Nancy: Nancy is a Canadian writer, director and comedian based in Montreal. Her debut short film “Becca” has been screened at the Toronto Sketch Comedy Festival, Wicked Queer (Boston) and Connecticut LGBTQ Film Festival. She also recently directed the music video for “Birthday” by Lenny and is the co-producer and co-host of “Stand Back,” a monthly feminist and LGBTQ+ live comedy show.

About “Becca”: Strangers Max and Daphne share a lovestruck evening while a bizarre secret looms.

Watch the NFMLA interview with Nancy Webb, director of “Becca”:

About Zahra: Zahra Golafshani is a Los Angeles-based, Iranian-Canadian writer and director currently prepping to direct a TV movie for a Canadian national television channel. Accolades include several consecutive nominations and wins for her short films in film festivals. She holds a BFA degree in Motion Picture Arts and has recently completed her MFA in Directing at the American Film Institute.

About “Veil”: Muslim teenager Leila’s beliefs, religion and culture are tested when she conspires with her friend to change from her modest dress into a more typical “American” dress at her senior prom.

Watch the NFMLA interview with Zahra Golafshani, director of “Veil”:

About Andrew: Andrew is a writer-director based in Toronto. His films, “Ma,” “Lovebites” and White Elephant have screened internationally, and have been broadcast on Air Canada, CBC, Shorts TV, and the Super Channel. His critically acclaimed digital series, “Millions,” won him Best Director at the Marseille Web Fest in France. White Elephant won Outstanding Feature Film, Standout Director, and Standout Writer at the Reelworld Film Festival, and Best Canadian Feature and Best Overall Performance at the Vancouver Asian Film Festival.

About White Elephant: In 1996, in a majority-minority neighborhood in Scarborough, 16-year-old Pooja finds herself torn between her crush on a white boy and her Brown and Black friends. Her relentless pursuit takes a violent turn, ultimately making her quest for love a question of self-love.

NFMLA Celebrates LGBTQ+ Films About Family, a Deadly Journey and a Cat Named Mister President
Sundance Cancels All In-Person Events Due to Omicron