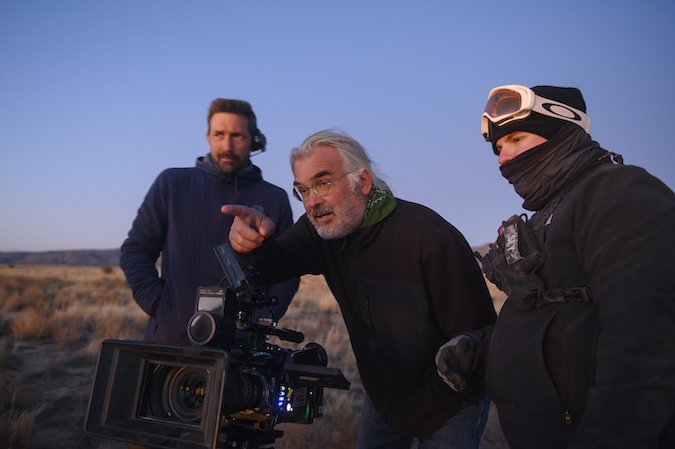 William Goldenberg is an Academy-award winning editor who has worked with Michael Bay, Michael Mann, Ben Affleck, Kathryn Bigelow, among others. In this feature, he goes over how he worked with director Paul Greengrass from the start in discovering a unique vision for the edit of the new Tom Hanks western News of the World.

Editing News of the World brought many challenges, some big, some small and one that no one could have imagined. I was very happy to have previously worked with the film’s director, Paul Greengrass, on 22 July, a gripping and powerful film about a terror attack. So I jumped at the chance to work with Paul again.

But this time would be different: News of the World is a Western, a genre we had never done before, and one of the stars was 10 years old. Additionally, it wouldn’t use Paul’s usual style of handheld first-person footage, familiar to fans of Captain Phillips and the Jason Bourne films. We would need to adapt — and we embraced the challenge.

News of the World is a road film in which Tom Hanks’ character, Captain Jefferson Kidd, must escort an orphan girl (Helena Zengel) across Texas to return her to her last living relatives. Besides the challenges that can be inherent to working with a child actor, we had a tight schedule, unpredictable weather and way more visual effects than you would expect.

The key to making it all work was collaboration — on Paul’s part, and on the part of his team. Paul involved me in News of the World from the beginning of screenwriting all the way to the end of post-production. It is rare for me to be so involved, and I loved the opportunity to give feedback when the script was still coming together — when the time came to edit, I was much more entrenched in the intention of each scene. Paul’s openness with me about his process continued when I arrived on-location in Santa Fe, New Mexico, where we would speak about what he had shot that day and was going to shoot the next. I learned from his ability to process opinions from everybody on set, and decide what was right for the film. This meant he gave me free rein to try anything I felt strongly about, and put it right in the cut. Paul likes to keep his distance during the editing process, so that he can be fresher for internal screenings, and he trusted me to make decisions so he could focus on the film as a whole. 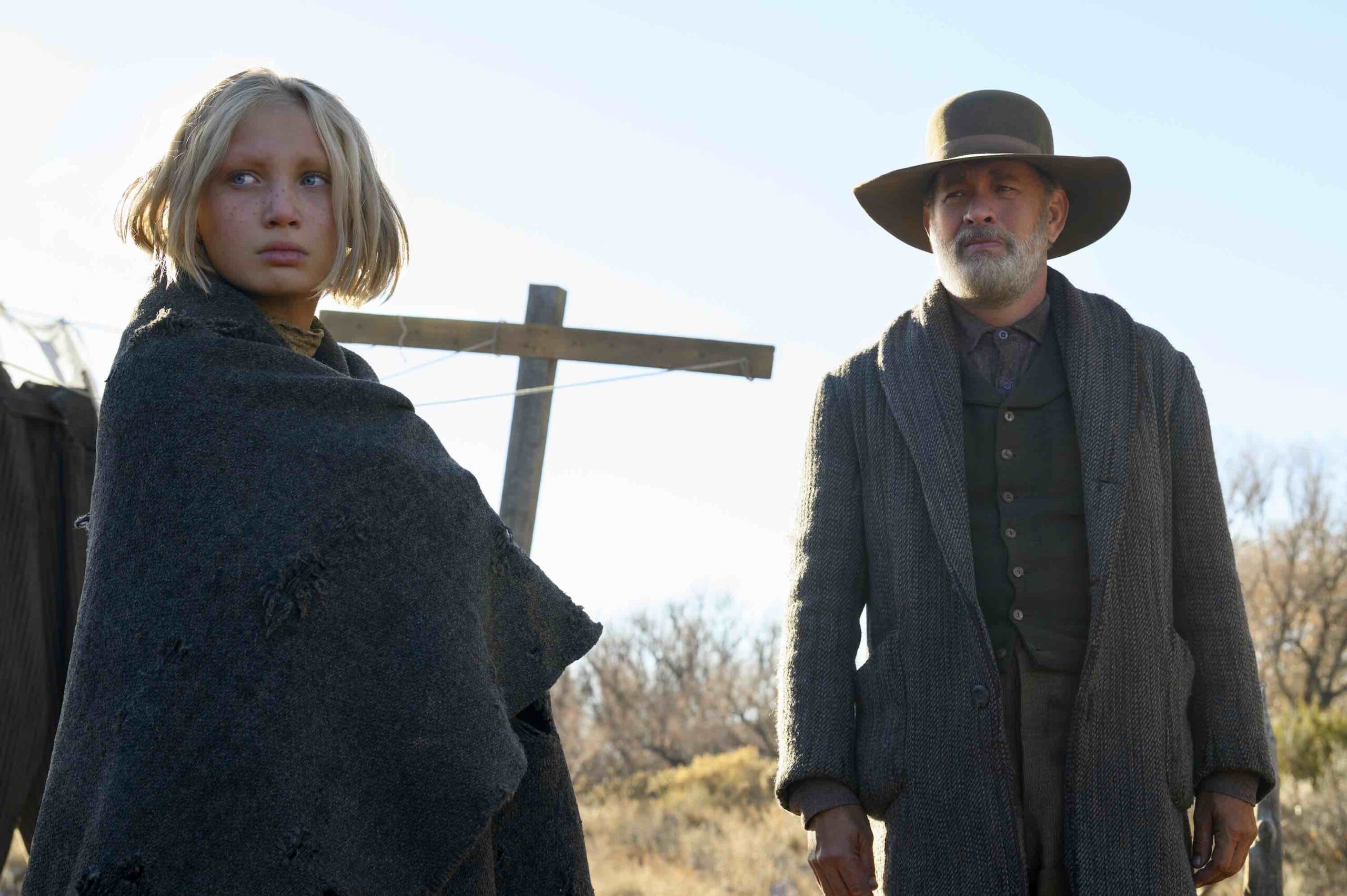 Helena Zengel and Tom Hanks in News of the World, which marks the second collaboration between director Paul Greengrass and editor William Goldenberg

Speaking of the film as a whole: Making a road film feel like one whole story and not episodic was another challenge. The solution turned out to be simple: focus on the internal story of the characters, and let the subtext of the scenes lead the way. We trusted that the plot was strong enough to take care of itself.

Helena was nine years old at the start of shooting, and had only done one prior movie, in German. Her grasp on English was shaky, and she also needed to speak some Kiowa. When a performance isn’t strong, you can cut around it, but the style of this film lies in its sustained shots.

We never needed to. 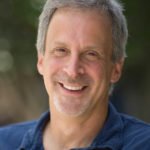 To my pleasant surprise, Zengel held her own with everyone, charmed the entire set and had a pretty good grasp of English and Kiowa when it was all done. She is truly one of the most gifted actors I have had the pleasure to edit, and she dispelled my fears on day one. There is a great amount of power in the held take: Letting the audience look into a character’s eyes and sit with the emotion of a scene raises the subtext of a film, and both Tom Hanks and Helena Zengel delivered.

Since Paul’s normal shooting style didn’t feel appropriate for all elements of a Western, he and director of photography Dariusz Wolski worked out a more traditional style of shooting. This style helped us to make the environment a character in the film, because the rich beauty in wider shots allows the audience to really live in the world of the film.

Also read: Small Theaters Get Billions in Stimulus Relief; Big Chains Get Nothing

We shot a big action sequence that is a centerpiece of the film over many, many days with two different units. Normally, in cases like this, the second unit shoots the big action parts that need stunt doubles, and then I cut it together to see what specific shots the first unit needs to shoot with the main actors. But because of logistical issues, we had to shoot the first unit first. I worked closely with the second unit to make sure they shot everything we needed, which was a lot of pressure. But that made the success all the more rewarding. 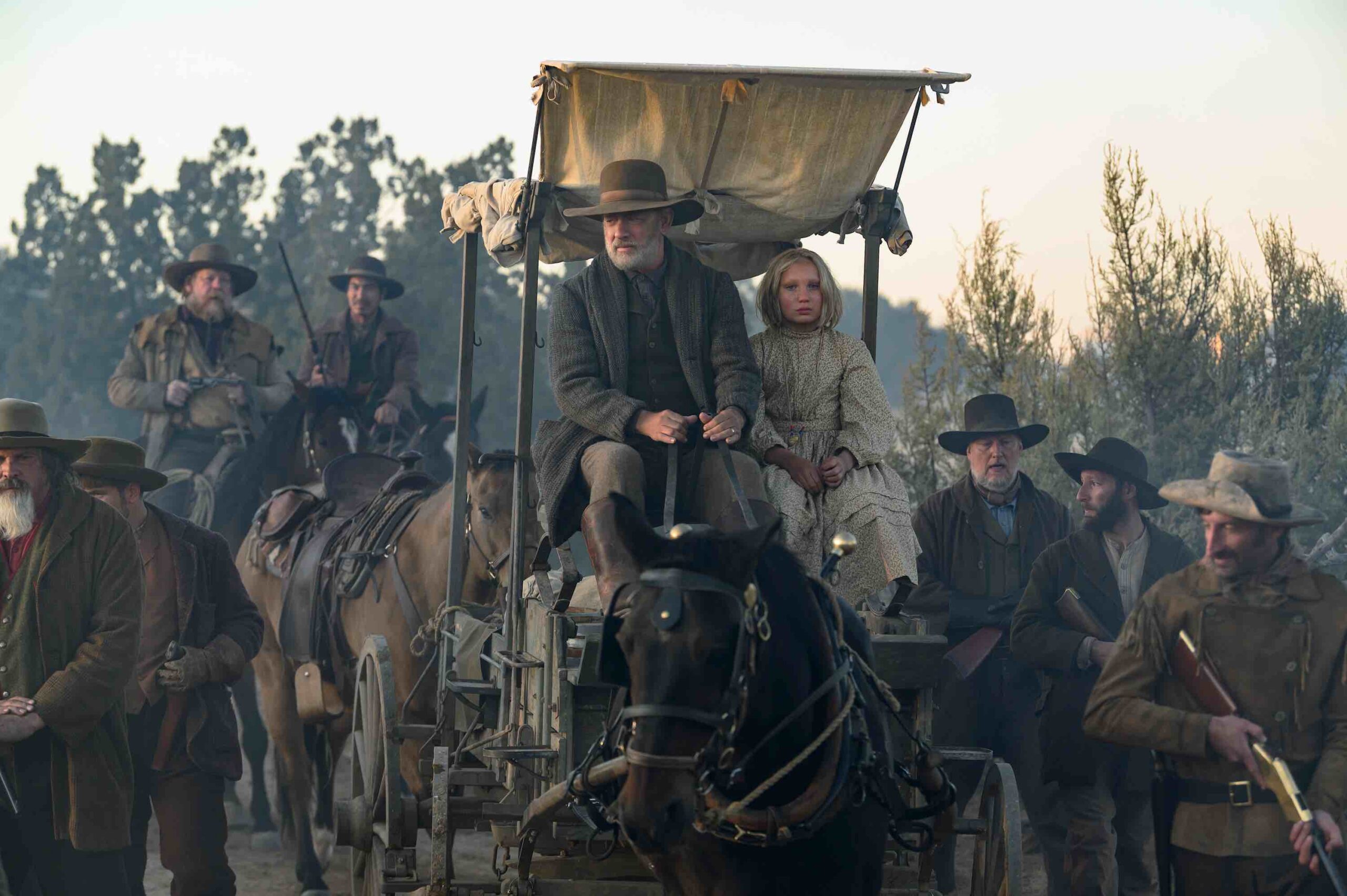 In News of the World, directed by Paul Greengrass and edited by William Goldenberg, Captain Jefferson Kidd (Tom Hanks) must escort an orphan (Helena Zengel) across a treacherous terrain

Of course, the biggest unexpected challenge was the pandemic. We were about to show the director’s cut to the studio in mid-March when the world shut down. I had two assistants in Los Angeles, and two assistants along with a music editor and a visual effects editor in London. Everyone was working from home, which made sharing material much more complicated. Despite our new complications, we were all so grateful to still be working, and grateful that the technology allowed us to still collaborate, that the new hurdles seemed small.

I love the working relationship I have with Paul, and I have been lucky enough to have a great relationship with all the directors I work with. I think that has to do with being open to new ideas and criticism. One-on-one time with a director makes all the difference. Sitting down together gives me a chance to get into the director’s head and understand his or her vision. You always want directors to feel that their vision is in good hands. My job is to adapt to their vision and make them feel comfortable to speak and think freely. An editor needs to be able to cut film well, but also to be an expert politician, and part-time therapist. Every voice needs to be heard, and the editor has to distill the right choices for the film without ruffling feathers. I need an original voice, but not to make the film all about me — the film’s agenda comes first.

News of the World, directed by Paul Greengrass and edited by William Goldenberg, opens in theaters on Christmas.