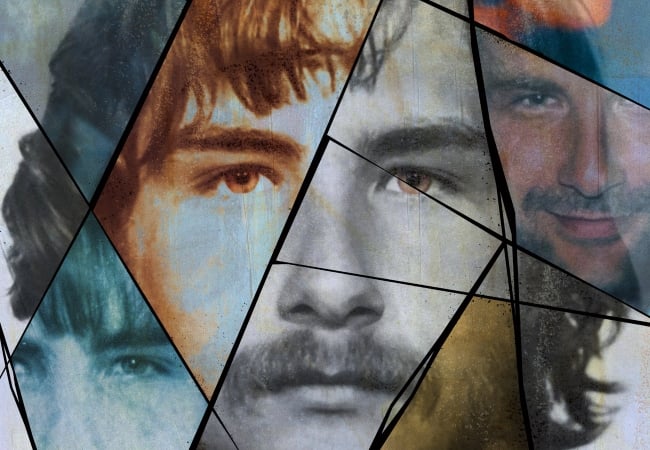 Netflix’s Monsters Inside: The 24 Faces of Billy Milligan follows the story of a Billy Miligan, a man charged with sexually assaulting four women on the Ohio State University campus in the late 1970s. Milligan gained wide attention because his lawyers argued that he suffered from multiple personality disorder, and he was subsequently ruled not guilty by reason of insanity.

Olivier Megaton, the director of the four-part docuseries, says he set out not just to tell Milligan’s story, but to honor the victims whose stories were overshadowed by Milligan’s very unusual legal defense.

“I didn’t want to begin the series with his life being a kid,” Megaton, whose credits include Columbiana and Taken 2, told MovieMaker. “I decided to begin with the rapes just to have the audience keeping in mind that he raped, from what we know, four girls in 10 days.”

He added: “I wanted to talk about his social and his trauma condition and so on for sure, but at the very beginning, I just wanted to have everybody thinking, ‘What about the victims?'”

He said that Milligan didn’t seem to regret his crimes, because in Milligan’s mind, he didn’t commit them — one of his alternate personalities did. What was called multiple personality disorder in the late 1970s is now more commonly known as dissociative identity disorder.

Milligan died of cancer in 2014, but appears through extensive interview footage. Doctors treating Milligan concluded that Milligan’s frequent switching between accents and personalities meant that he was not in control at the time of the attacks. He said he had 24 personalities in all.  Milligan explains in the Monsters Inside footage that when one of his many alters would come forward, his true self would go to sleep.

Also Read: St. Vincent Pokes Fun at Her Own Ego in The Nowhere Inn

After being ruled not guilty, Milligan spent a decade in mental institutions, where he underwent extensive psychiatric treatment designed to fuse all his personalities into one. During this time, author Daniel Keyes wrote a best-selling book called The Minds of Billy Milligan. At one point, James Cameron considered making a movie about him, but the project fell through.

The docuseries explains that Milligan says he suffered severe abuse at the hands of his stepfather, Chalmer Milligan. The doctors who treated Billy Milligan say he formed the alternate personalities to cope.

Chalmer Milligan, who died in 1988, denied that he ever abused his children, though friends of the Milligan children who are interviewed in the docuseries say they witnessed the abuse.

Megaton said the production was only able to find contact information for two of Milligan’s victims, and that neither  responded to requests to be interviewed for Monsters Inside.

“The thing is that it’s very hard to try to reach people with that kind of experience 20 or 40 years after,” Megaton said. “I couldn’t imagine saying on the phone, ‘Are you the woman that was raped by Billy Milligan forty years ago?'”

Megaton wanted to make it clear that although Milligan may deserve some sympathy for the abuse he experienced as a child, he is not the victim of this story.

“During the fourth episode, we needed to be… aware about him not being the victim of all this,” Megaton said. “For sure he was a victim, for sure we needed to have empathy about it, but the thing is that he committed a couple of crimes.”

Milligan’s sister, Kathy, was adamant that no mental illness should excuse her brother’s crimes.

“The interesting thing is that his sister, the first time we met, the first thing that she told me was that she was caring about the victims all the time, every day,” Megaton said.

If you or someone you know has experienced sexual assault, RAINN’s free and confidential National Sexual Assault Hotline is available to call 24 hours a day at 800-656-4673.

Monsters Inside: The 24 Faces of Billy Milligan begins streaming on Netflix Sept. 22.