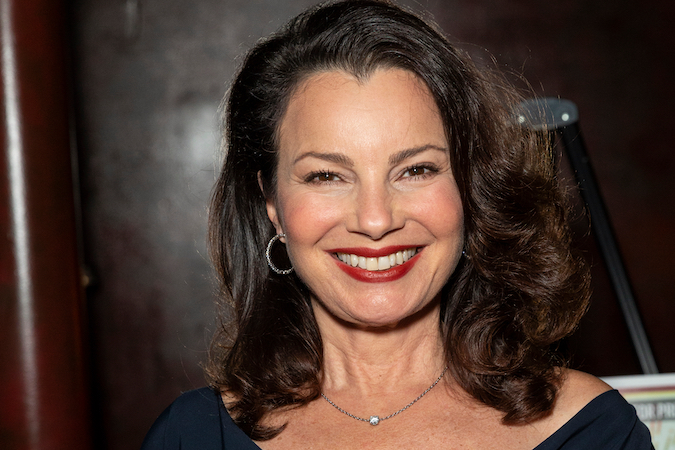 The Nanny star Fran Drescher and ‘Til Death star Joely Fisher won the SAG-AFTRA national election to become the new president and secretary-treasurer, respectively, of the union representing Hollywood actors.

Drescher beat Full Metal Jacket star Matthew Modine after a contentious election. Her and Fischer’s two-year terms will begin immediately, upon the certification of the ballot count today.

The Drescher-Fischer win is a split ticket: Drescher ran alongside secretary-treasurer candidate Anthony Rapp (Star Trek: Discovery) as part of USAN (United Screen Actors Nationwide) coalition, while Modine and Fisher belong to another coalition within the union, Membership First.

“I am honored to serve my union in this capacity. Together we will navigate through these troubled times of global health crisis and together we will rise up out of the melee to do what we do best, entertain and inform,” Drescher stated. “We must never forget the important contribution we make to many millions of people each and every day when they buy a ticket to sit in a dark theater or turn on their TVs or streaming devices.”

Drescher, 63, was endorsed by actors including Tom Hanks and Rosie O’Donnell, while Modine’s backers included Whoopi Goldberg and Diane Keaton. At one point last week, Modine threatened to sue Drescher for defamation, accusing her of misrepresenting facts to make it falsely appear that he had broken election rules.

“On The Nanny I wore many hats which prepared me to deal with studios and networks,” Drescher said in her ballot statement. “I know the entry portal for maximum results. I founded the Cancer Schmancer Movement. I passed a bill in DC by unanimous consent. I am Public Diplomacy Envoy for Health at the US State Dept. I can reach across the aisle and get the job done! I will reunite our dysfunctional and divided union. We must reduce infrastructure expenses, go virtual to reappropriate for member needs. Streaming must be redefined. Diversity is a priority. I will challenge the status quo.”

Modine, meanwhile, said in his statement: “I have been here, working our Union issues on the National and Local Boards for four years and have served on over 16 philanthropic and civic boards. {ModineLegacy.com} My goal: Protect the cornerstones of our Union; a thriving Health Plan, preserving our residuals, enforcing contracts, safeguarding our pensions and as an original Member of the LA Local-Sexual Harassment Committee, ensuring safe working conditions for all. Accomplishing this requires greater inclusion, global leadership, transparency, truthfulness and sustainable prosperity. Joely Fisher and I are prepared to fulfill these goals and respectfully ask for your vote.”

Monica Lewinsky Hopes Impeachment: American Crime Story Is the Last Time She Has to Talk About This
How We Shot Edge of the World Amid Jungle, Floods and Crocodiles