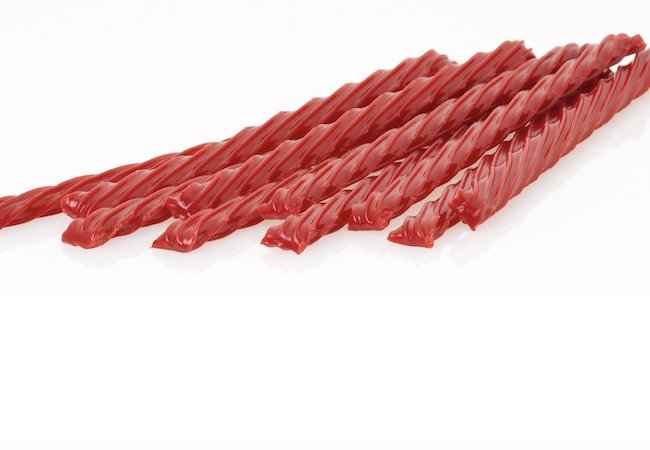 Welcome to our Movie News Roundup. We’re truly grateful to you for reading us. Lots of movie news today, including Cannes delayed; theater owners seeking taxpayer help, theater stocks opening higher, and some theaters in China already re-opening. Also: Edgar Wright has some good ideas to save cinema, and some TV shows that just don’t feel that dramatic anymore.

Cannes Delayed: Just in: “Due to the health crisis and the development of the French and international situation, the Festival de Cannes will no longer be able to take place on the dates planned, from May 12 to 23,” the festival announced. It is exploring dates at the end of June or later.

Theater Owners Turn to Congress: Since theaters are pretty much all dark, the National Association of Theater Owners is asking Congress for emergency relief, The Hollywood Reporter says. You know what that means: Congress will finally demand answers from these people about the difference between Red Vines and Twizzlers.

Theater Stocks Pop: Well this is interesting: Deadline notes that stocks for IMAX, Cinemark and Cinemedia all opened higher this morning, a response to that request for aid, and also perhaps to the news that theaters in China may reopen by the end of next month. (A few Chinese theaters have already reopened, Variety reports.) Other entertainment stocks are up, too. Of course these gains come after major losses, but it’s a potential reason for hope.

Chinese Theaters Did What? I was also surprised to read that some theaters in China have already reopened. As much as I’d love to go out to a movie again, no one here in the U.S. should be advocating for an end to social distancing until we see its positive impact take effect. China says it hit a milestone Thursday by reporting no new local infections for the first time since the coronavirus crisis began three months ago. Big grain of salt here: China’s government isn’t known for openness and honesty about coronavirus. (Both of those links go to the New York Times, which is letting everyone read its excellent coronavirus coverage for free.)

Save Cinema: Baby Driver director Edgar Wright wrote a charming piece for Empire about how we can help indie movie theaters get through this. Key passage: “Consider, if you can afford to, not asking for your unlimited subscription to be refunded. Yes, you may not be able to go back in the coming months, but you’ll feel better for having helped now than if you later found your local church of cinema had been forced to close for good.” (It’s a great way to spend that money you don’t have to give the New York Times.) 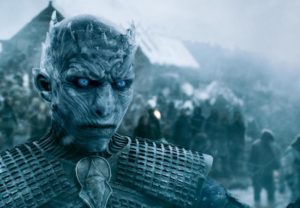 Game of Thrones, a show that no longer feels even the slightest bit scary.

TV Shows That Don’t Seem That Dramatic Anymore: Recent days have recalibrated our ideas about what seems “dramatic” and what constitutes a “problem.” I wrote this short silly thing to amuse myself, and perhaps you.

How Can We Be Useful?: Here in our West Hollywood compound, surrounded by a fleet of robo-dobermans, we may not be as in touch as usual about how MovieMaker can be useful in these times. Feel free to email me  at Tim.molloy@moviemaker.com with suggestions.

We Cannes Do It: Deadline exclusively reports that top film companies and talent agencies are working on a way to devise a virtual market for Cannes Film Festival films if the event is canceled. CAA has been leading the effort, “which also has buy-in from Endeavor Content, UTA and ICM Partners,” Deadline says. It also lists  sales companies that have signed up for the online plan.

Below the Line ‘Disaster’: The Hollywood Reporter has a good look at the toll the coronavirus is taking on below-the-line workers who don’t receive health care or typically get paid sick leave. Some companies doing the right thing are UTV and Comcast, which are giving two weeks’ pay to Chicago Fire crewmembers, and WarnerMedia, which is giving two weeks’ pay on Righteous Gemstones (pictured). There are relief funds for pages, Hollywood support staff and musicians; and the union IATSE committed $2.5 million to several funds. Deadline reports that 120,000 IATSE members have lost jobs due to delays and shutdowns.

Meanwhile, California and New York have taken emergency steps like offering quicker access to unemployment benefits and stopping evictions, THR notes. And a relief bill is moving through Congress intended to help everyone affected by this, which is basically means everyone except Jared Leto.

One Grim Opinion: Variety quotes Rob Gabel, CEO of video measurement firm Tubular Labs, with a grim prediction for industry-related events. “When there’s a recession, you get a thinning of the herd. If you’re not a tentpole event, or No. 1 or 2 in your niche, you’re in trouble. It comes to the question, ‘Are a you a must-attend – or a nice-to-attend event?’ It’s survival of the fittest.”

Another Opinion, From Me: I realize you’re getting a lot of bad news right now, but as a person who has spent the last several days emailing with film festivals planning optimistically for the future, I think it’s important to remember that economies thrive or collapse based on the collective decisions we all make. Panic helps no one. Struggle fuels innovation. Many things may change, but some change can be good. Maybe your boss will finally understand, for example, that some people are more productive working from home. That’s a small example.

MCU Musings: You know how when you’re dealing with a big problem, it can be nice to distract yourself with a very, very small problem? Variety considers how the delay of Black Widow could futz up the once-flawless continuity of the Marvel Cinematic Universe.

Vanessa Hudgens Is Sorry: A day after her poorly received comment that “people are gonna die. Which is terrible. But, like, inevitable?,” the Spring Breakers star said that those comments — initially delivered by her, straight into camera, with no apparent editing, were “taken out of context.” That was also poorly received, so she issued an actual apology, saying her words were “insensitive and not at all appropriate for the the situation our country and the world are in right now.” Variety has some additional context.

Your Life Is on Pause. Time to Write That Screenplay
Paul Scheer Knows Watching Movies and Talking Will Help Us Get Through This (Podcast)