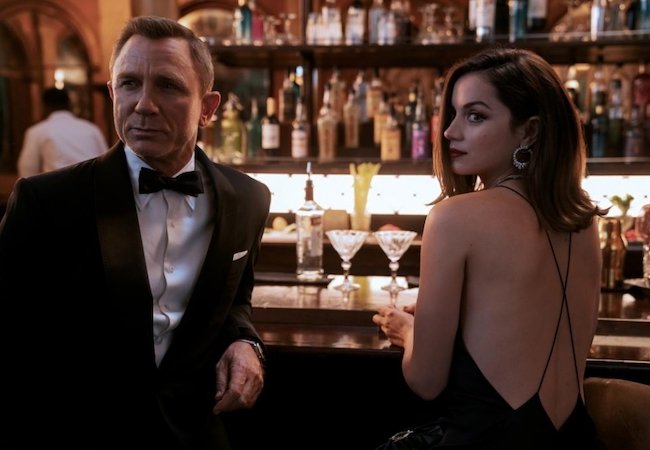 Stirred Not Shaken: Metro-Goldwyn-Mayer Inc. held discussions with Apple and Netflix about selling its new James Bond film, No Time to Die, to one of the streaming services, but opted to continue plans for a theatrical release, Bloomberg reported Friday. Later, Variety reported that MGM was seeking $600 million, but an MGM rep said the film was not for sale and would be out in theaters in April 2021, about a year later than originally planned.

New Bond Villain Will Not Be Good and/or Kind: Rami Malek provided some insight into his No Time to Die villain, Safin, in an interview with British (of course) GQ: “I think you start asking questions about what evil is. And with this character especially I find him fascinating because he can detach from empathy in order to meticulously carry out his will and I start to wrap myself up in who that person is psychologically.”

‘Creep’ v. ‘Buffoon’: Because there’s nothing else going on in the world, Donald Trump fielded a question over the weekend about Sacha Baron Cohen after the Borat star snared Trump’s lawyer, Rudy Giuliani, in an awkward hotel room situation in the new Borat Subsequent Moviefilm. Trump called Cohen a “creep.” Cohen replied on Twitter by thanking Trump for the free publicity and offering him a job: “I’m always looking for people to play racist buffoons, and you’ll need a job after Jan. 20. Let’s talk!”

[Borat Voice] My Wife /[/Borat Voice]: Dan Delgado, host of The Industry podcast, is married to a wonderful woman from Kazakhstan, Aigul Kaparova, who has spent years fielding questions about Borat without seeing him on TV or watching the original Borat. But over the weekend, she watched Borat Subsequent Moviefilm, and spoke with Dan about her reaction. You can hear it on this special 10-minute episode of The Industry on Apple or Spotify or here:

Trailers!: Tonight at 7:3o PT, Portland film archivist Greg Hamilton presents Trailermania, “a mind-blowing program of vintage movie trailers full of horror, sci-fi and over-the-top cinema.” You can join him on Facebook Live for an hour of “16mm madness,” streaming from his basement.