Sell Subscriptions, Save a Theater: Movie Heroes and the New Audience-Theater Relationship 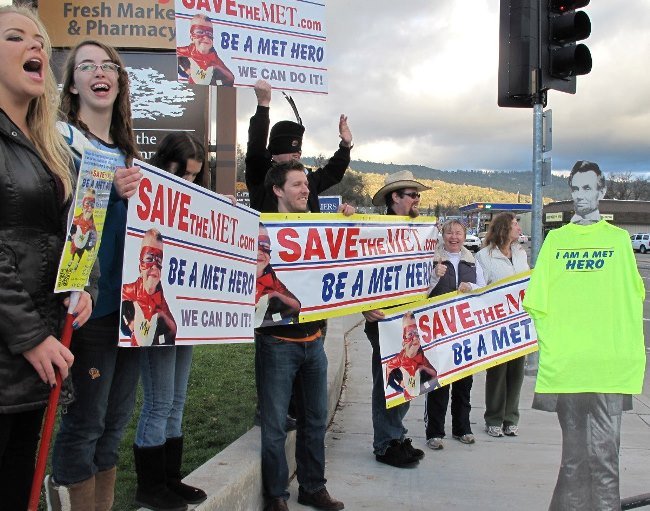 It’s no secret that the state of theatrical distribution currently leaves something to be desired, with multiplexes struggling to perform as audiences migrate to the Internet, video games, VOD, and other entertainment options for a Saturday night.

Of course, one of the brightest silver linings in the current cloud over domestic movie box office has been the explosive popularity of Netflix and its cohorts. The streaming platform has given the U.S. a new major TV network and movie studio, beamed straight into the comfort of one’s own home.

It’s a model a few film-loving friends from Northern California have taken to heart. Matt Sconce and Keith Walker formed Movie Heroes, an innovative theater chain, when they decided that they wanted to save their local movie theater. The theater had closed in November 2012 due to slow business, but, armed with a bright idea, the friends decided to reopen it. The plan? A Netflix-esque subscription model.

Movie Heroes charges $19.95 a month for individuals to see as many films as they want that month. These members are also able to buy tickets for friends who aren’t members of the service. The result? The local theater is back in business, grossing double the revenue it was pulling in before the makeover, and Movie Heroes has expanded its holdings to three other theaters in the area—which are reporting revenue increases of 120 percent, 69 percent and 57 percent. The service has about 4,000 members and is currently looking to build out the model on a national scale.

Convincing movie studios across the country to go along with this may not be the easiest task in the world, though the current Movie Heroes theaters do play first-run studio fare, as well as independent films. Hollywood, however, might be wise to consider the importance of maintaining market share. Clearly, a subscription model has significant appeal to viewers looking to capitalize on value, whether those viewers are situated at home or going out to the movies. And in an environment where the studios’ grip on weekend entertainment seems increasingly slippery, capturing eyeballs becomes the priority over revenue concerns.

A new generation’s apparent lack of interest in theater-going is more a reflection of structural factors—the relative ease of going on the Internet or playing video games at home—than it is a reflection of movie quality. Structural factors, however, have sunk industries before. (Vaudeville, RIP!) If studios embrace the popularity that subscription models seem to exert, they may find themselves winning back a larger share of the general entertainment landscape. From that position, they’ll be able to negotiate the terms of viewership more strongly. For now, it’s a matter of simply keeping a seat at the table. MM

For more information on Movie Heroes, visit its website here.

Top photograph: Keith Walker and Matt Sconce (center) campaign to save the Met Cinema in Oakhurst, CA. Photograph by Carmen George. This article appears in the Callboard department of MovieMaker‘s Winter 2015 issue, on newsstands now.

Independent TV’s New High: Vimeo’s High Maintenance and the Future of Series-Makers
Reclaiming Rewards From Rip-Offs: How to Live with Piracy