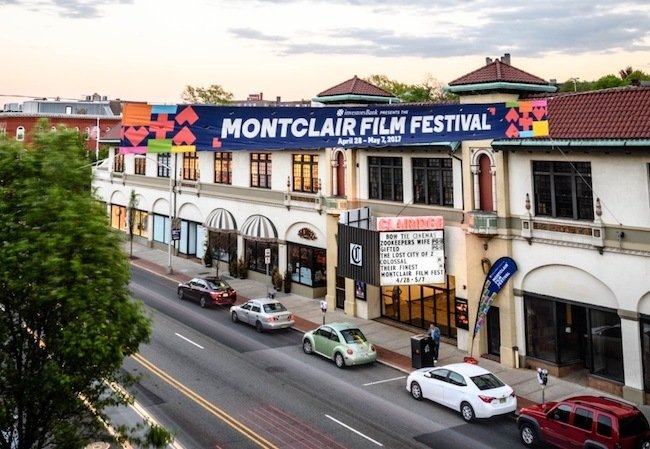 Like a waiter out to eat at a restaurant, I get an annual opportunity to experience a regional festival from the other side (i.e. the local side) at Montclair Film Festival.

I was born and raised in, and currently reside just miles from, Montclair, and to say I have a sweet spot for all things Jersey would be a massive understatement. (I’ve lost track of how many times I’ve seen the Boss.) Growing up it was common knowledge how many incredible artists came from New Jersey, but the one trait they all shared besides their origin was that they all left the Garden State. So when Montclair Film Festival laid its roots six years ago, I was ecstatic. Great films were coming to New Jersey! All I could think about was how lucky the teenagers and college kids were to have this now, because I would have gone nuts for it growing up.

Now comes the “full disclosure” part. I’ve had films at the festival three different years, covered the festival for Hammer to Nail another, and was a juror during this year’s fest. I’m not the “general public.” But does it matter? From the time the banners go up in April until the festival concludes, you’ll find a spring in my step.

This year’s festival started off with a bang—I missed the opening night film, Step, because my 14-month-old decided he didn’t want to go to bed. Dad life. But I made it over for the Q&A and subsequent party, which, as always, was fully loaded with food, sweets, booze, and the best of the Jersey suburban adult scene (I say this with all sincerity as I am now fully a part of this). Then I missed the next two days, for a wedding (I’m not bitter, I swear), and jumped back in Monday night.

Fittingly, my first film of the festival was The Cinema Travellers, a gem of a documentary about traveling cinemas in India. Afterwards I settled in for the SXSW award-winning The Strange Ones, a 180-degree turn. The young star of the film, James Freedson-Jackson, is from Jersey and came for the Q&A. The next night was special for me: I brought two of my best friends from high school to see the Suzanne Ciani doc A Life in Waves. The film was surprisingly sad, however—Ciani pushed herself so hard she left no time for romance, socializing, and for a while, not even her own music.

For the final weekend I was in juror mode, and cranked out the rest of the strong “NJ Films” category. We picked Swim Team to get the award and gave an honorable mention to Acorn and the Firestorm, though I also thoroughly enjoyed All We Need is Another Chance, a doc about The Escorts (an R&B group formed in an NJ prison in the ’70s)—DIY with a lot of heart.

The thing that sticks out to me the most about the 2017 Montclair Film Festival is how many films I missed: Whose Streets, City of Ghosts, The Reagan Show, Casting JonBenet. I missed them because there were so many strong films in this year’s program. Now it’s time to wait 11 months and do it all again. MM

Continue Reading
Advertisement
Related Topics:A Life in Waves, Acorn and the Firestorm, All We Need is Another Chance, Casting JonBenet, City of Ghosts, Montclair Film Festival, Swim Team, The Escorts, The Reagan Show, Whose Streets

Animation is Film: This New LA Animation Festival is on a Mission
Crested Butte Film Festival 2017: Strong Shorts, Doc Blocks, and Beer-Slinging Round Out This Rocky Mountain Hub