Monica Lewinsky Hopes Impeachment: American Crime Story Is the Last Time She Has to Talk About This 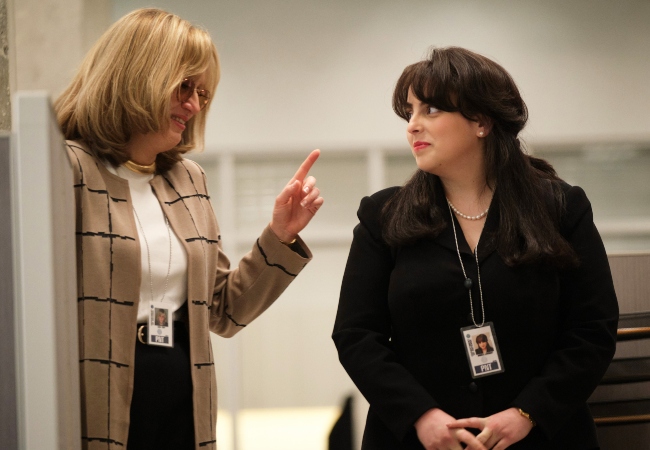 For a change, Monica Lewinsky is behind the wheel of her own story. Her infamous affair with former president Bill Clinton is at the heart of Ryan Murphy’s most recent installment of his FX series American Crime Story. This one is called Impeachment, and Lewinsky herself is among its producers.

In an interview with the New York Times ahead of the limited series’ premiere on Sept. 7, Lewinsky expressed the long-held hope that this time, finally, will be the last time she ever has to talk about the darkest period of her life.

“The reality is that this story has been part of a collective conversation for 20 years, and as I evolve, as the world evolves, it comes to have different meanings,” she told the Times. “So I don’t know. It might be the last time. I hope it’s the last time. But I have no idea.”

Lewinsky is played in the series by Booksmart actress Beanie Feldstein, who the Times notes spent months carrying Lewinsky’s biography in her backpack. Linda Tripp, Lewinsky’s former co-worker who secretly recorded their phone conversations and first exposed her affair with Clinton, is played by American Horror Story actress (and longtime collaborator of Murphy’s) Sarah Paulson. Bill Clinton is played by Lisey’s Story star Clive Owen, while Hillary Clinton is played by The Sopranos star Edie Falco.

Impeachment: American Crime Story jumps around to different times throughout the story, but it begins on the day that would define the next few decades of Lewinsky’s life: January 16, 1998. A day Lewinsky now calls “the most terrifying day of my life,” competing for “worst day with the release of the Starr Report,” she told the Times.

For those who don’t know — or are not old enough to remember — the Starr Report is a U.S. federal government report of Independent Counsel Ken Starr’s investigation into President Clinton.

Lewinsky told the Times that if it were up to her, there would be no television show at all. But Murphy had optioned the rights to Jeffrey Toobin’s (yes, that Jeffrey Toobin) book on the Clinton scandal A Vast Conspiracy, and Lewinsky knew that if Murphy didn’t make a show about her, someone else would. So she signed on as a producer, which gave her a say in Felstein’s wardrobe, dialogue, and yes, even the infamous moment when she revealed a sliver of her thong while the president was watching.

“I just felt I shouldn’t get a pass,” she told the Times.

Although she remarked that being at the center of attention in a positive light surrounding the premiere of Impeachment felt “surreal,” she’s glad to have real influence over the way her story is told. Now, she doesn’t have to watch from the sidelines as others tell her story.

“It’s much better to be going through this as part of something,” she said, “than to be desperately trying to find out what’s on the show.”