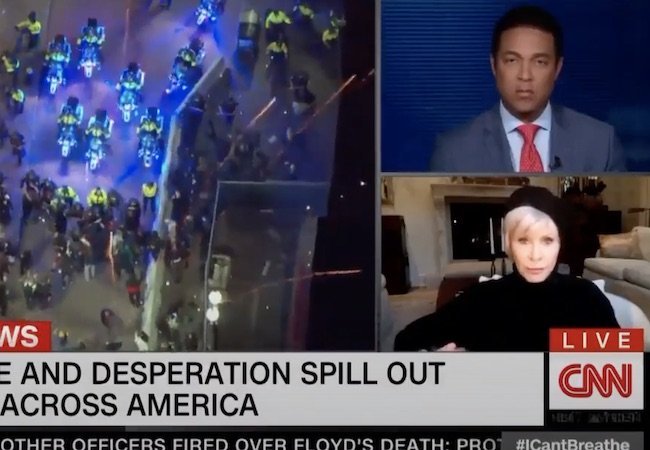 In today’s movie news: How Hollywood is supporting peaceful demonstrators, and you can too; corporations embrace Black Lives Matter; and Jane Fonda gives a primer on white privilege.

Minnesota Freedom Fund: Variety notes that Hollywood stars including Don Cheadle, Seth Rogen, Steve Carell and the Safdie Brothers are raising money for the Minnesota Freedom Fund and/or matching others’ donations. The fund supports and bails out people jailed for demonstrating for justice for George Floyd. You can give here. I also think Colin Kaepernick’s charity is doing important work.

Jane Fonda: After CNN’s Don Lemon accused celebrities of “sitting in your mansions and doing nothing,” Jane Fonda, a supporter of the Black Panthers since way back in the early 1970s, went on his show to talk about white privilege. “Because we’re white, we have had privilege,” Fonda said. “Even the poorest of us have had privilege. And we need to recognize that, and we have to understand what it is that keeps racism in place — the policies, redlining, banking policies, mortgage policies. All of the things that are really making it very, very difficult for black people to lift themselves up. The policies have to be changed, and then white people have to understand the history that has led to this and we have to try to change within ourselves.” (If you’re about to say “but Hanoi Jane!” please read this.)

Congratulations Elon Musk On the SpaceX launch this weekend: