A hefty slate of international films, both crowd-pleasers and more intellectually challenging fare, is the signature of the Minneapolis St. Paul International Film Festival’s comprehensive program.

In its 36th edition (April 13-29, 2017), the event continued to showcase a balanced blend of regional premieres of acclaimed features, world premieres of Minnesota-made projects, and even a few U.S. Premieres of anticipated titles. Eager local audiences got served a 16-day platter of the world’s best cinema in a casual environment at the St. Anthony Main Theatre, just across the river from Downtown Minneapolis.

Opening night this year brought James Gray’s The Lost City of Z to the Midwest in two packed houses, setting the stage for the well-attended event, where even the most obscure and experimental narratives are enjoyed by numerous eyeballs. Terrence Davies’ marvelously progressive and entertaining biopic A Quiet Passion (starring Cynthia Nixon as Emily Dickinson in an award-worthy performance) and the Welsh-Irish spiritual horror film A Dark Song by Liam Gavin were among the English-language highlights. The latter, because of its genre components, attracted a younger crowd seeking late-night thrills on a Saturday. A special screening of Wings, the first Best Picture Academy Award winner in 1927, transported viewers to a bygone era with a live musical accompaniment.

Greek moviemaker Sofia Exarchou’s Park, which was part of the Sundance Screenwriters Lab in 2014 and premiered at TIFF last year, had its U.S. Premiere at the festival. The naturalistic debut follows a group of disenfranchised young people who have transformed the Olympic village from the 2004 Athens games into a decaying playground with its own animalistic rules. Confronting the afflictions of Greek society through some of its most vulnerable members with the remnants of capitalism in its most voracious form, Exarchou’s delves into an unknown subject without sugarcoating its ramifications.

A scene from Park, one of the films that received its US premiere at the Minneapolis St. Paul International Film Festival

Even more demanding of the spectator’s willingness to be immersed was the Chinese supernatural drama Life After Life by first-timer Zhang Hanyi, in which a boy is possessed by his mother’s spirit in order to carry out her wishes in the physical world. No special effects of any kind are used in the film, but the notion of a community for which the idea of an entity from the hereafter is met with complete acceptance is affecting. Hyperrealist in its approach, the piece is fascinating, but may prove inaccessible for many.

Oscar-shortlisted foreign-language films like Xavier Dolan’s It’s Only the End of the World and Norway’s The King’s Choice continue to make the festival rounds, despite failing to secure U.S. distribution yet. The latter, Erik Poppe’s drama about the WWII Scandinavian monarch King Haakon VII, fits within the festival’s annual sidebar dedicated to films from the region. The Happiest in the Life of Olli Mäki (Finland) and Thomas Vinterberg’s The Commune (Denmark) were other selections.

Although Minneapolis’ Film Society programs another showcase exclusively dedicated to highlighting Latin American cinema in November, the region was well represented for the April occasion. Radically inventive features such as Gaston Solnicki’s Kékszakállú and Jodorowsky’s latest colorful vision, Endless Poetry, shared space with more traditional structured stories such as The Distinguished Citizen, Tesoros and Everything Else.

Chavela, a documentary by Catherine Gund and Daresha Kyi about the late Costa Rican-born Mexican singer Chavela Vargas, screened following its Berlinale premiere. Already scooped by Music Box Films for an October release, this portrait of a troubled artist features interviews with Spanish master Pedro Almodóvar, who was instrumental in revitalizing the singer’s career in her final years. The filmmaker has used several of Chavela’s songs in his films, including one in his most recent drama, Julieta.

Minnesotan moviemaker Joe Maggio presented his new film, Supermoto, surrounded by the cast and crew, as well as an audience of proud locals. Maggio previously directed Milk and Honey, which won the Special Jury Price for Best Screenplay at Sundance 2003. 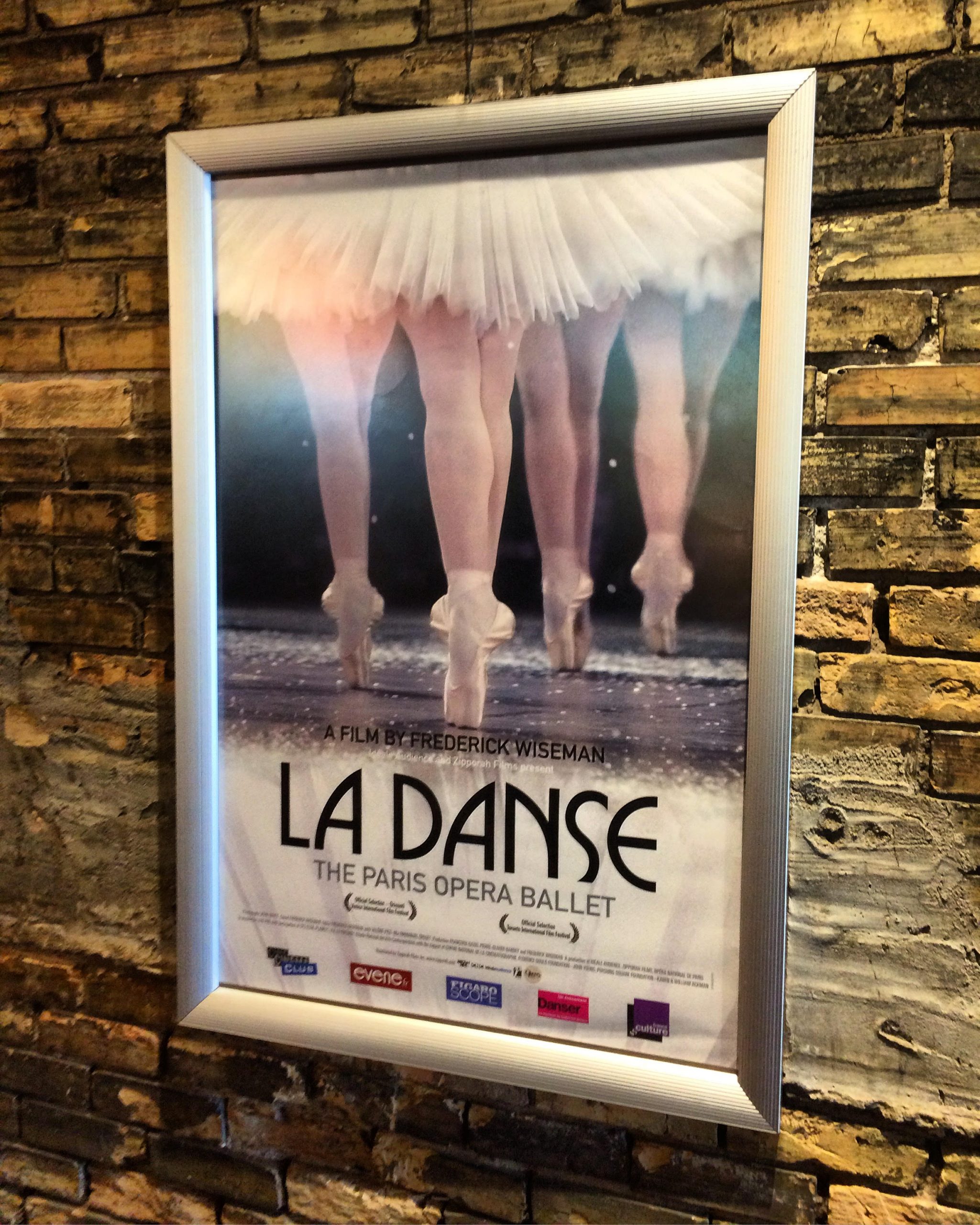 MSPFF distinguished itself this year by programming a superb trio of animated features. Produced by Universal, the bittersweet historical romance Ethel and Ernest, directed by Roger Mainwood and based on English illustrator Raymond Briggs’ graphic novel about his parents, dissects life in the United Kingdom for the larger part of the 20th century through the eyes of a working class couple. Insightful about a different part of the globe, Anne Marie Fleming’s Window Horses follows, Rosie, a young Canadian girl of Asian descent who travels to Iran for a poetry competition. Focusing on the cultural heft of the Middle Eastern country, rather than its politics, the hand-drawn movie aims to build bridges. Actress Sandra Oh was involved both as the voice of the protagonist and as a producer. On a completely different wavelength, Nick DiLiberto’s Nova Seed is a sci-fi adventure with anthropomorphic animals animated entirely by him. An idiosyncratic world emerges from his artistic feat, and even if it’s not as polished as studio-animated content, it’s still impressive.

Each year the festival selects an honoree of international prominence and adorns the program with his or her work. Documentarian Frederick Wiseman was the artist recognized in this occasion, and though he was not able to attend, he shared his wisdom via Skype during a Q&A after the screening of his 2009 documentary La Danse.

“If you hang around a place long enough, you’re going to find events that are as tragic, as sad, and as and funny as things you see in plays or novels in your life. It’s an opportunity to have a close look at ordinary experiences, and structure those experiences in a dramatic, narrative form,” he explained about his approach, one that has produced some of the most astonishing nonfiction films ever made.

Wiseman often chooses to make films about rather specific worlds, and in that narrow focus, he finds universality. “The idea of restricting the filming to one place serves the same function as the net and the lines on a tennis court. Everything takes place in the building, or group of buildings, or relatively small geographical location, and anything that takes place outside of that is another film—or certainly not suitable to be placed in the film. It provides a limit for me, and within that choice of place, I try to examine what’s going on, what are the dominant rules, how do people function in relation to those rules, and how do those rules apply. At the same time, it provides me an opportunity to have a close look at a wide variety of human experiences. What I’m trying to do in the films, generally, is to register in film terms as wide a range of human experiences as I can.”

While documentaries are oftentimes equated with factual truth, the seasoned observer noted that even if he doesn’t manipulate what happens in front of the camera, his process to render the footage into a cohesive story is in itself manipulation. “There’s no such thing as objectivity. What I believe is that it’s important to be fair to the people who have given you permission. That’s not the same thing as objectivity, because I don’t know how you could be objective. Would you use 360 cameras, one for every possible angle, for however long a period you shoot? My movies are made up of literally hundreds of thousands of decisions, and what I hope the end result will be is a movie that is fair to the experience that I’ve had in being at a place for a period of time, and then spending a year of editing the material into a film, which has a point of view. The point of view is expressed indirectly through structure, and the choice of sequences. I try to avoid imposing an ideological perspective on the material. The film emerges from the experience of making the film; it doesn’t emerge from what I think about the subject matter in advance of making the film.”

When asked about whether or not he has ever asked any of his subjects to perform, Wiseman emphatically replied,”I never ask anybody to repeat anything. Absolutely nothing in the films is staged. Occasionally people will look at the camera, but it happens so rarely that as to not be a problem. If they do, I try not to use it by going to another shot, which is called a cutaway, a shot of somebody else, and then back to the person who may have momentarily looked into the camera. It’s very rare that I lose something because somebody looks into the camera. It’s rare that people refused to being photographed, and it’s equally rare that people look in the camera.”

The ability to discern between what’s natural and what’s staged is something that has been developed over his many years behind the camera. “Whether you’re a doctor, a lawyer, a filmmaker, a used car salesman, a gasoline station attendant or you work in a grocery store, anybody who meets a lot of people all the time, in order to survive, you have to develop a good bullshit-meter. It’s the same with these films. If you think somebody’s putting it on for the camera, you don’t use it, but it happens so rarely that when it happens, it’s very obvious and you simply stop shooting. And if you don’t realize it until you get to the editing room, I don’t use it. It’s not a problem, because if people could suddenly change their behavior because they’re being filmed, then the choice of actors for Hollywood and Broadway would be much greater than it is, because everybody would be a potential candidate, and that’s not true.”

Regarding his relationship with new technology and how it has affected the way he makes films, the director voiced both sides of the argument. “It hasn’t changed [my work] at all. Maybe we shoot five percent more, but that’s all. One major place that it has changed it is in the color grading, where you’re assigning light values to the various colors when the film is completely edited. You can do a lot more in digital color grading than you ever could in film color grading. You can do a lot in film color grading, but now in digital color grading, for example—though I’ve never done this—if I wanted to change the costume of a dancer from blue to red, I could do it. What you can do is heighten the contrast. You can bring up the richness of the natural color, which is much easier to do than it was on film. For the rest, I still like to look at film, and if the labs that I used hadn’t all folded, and if Kodak hadn’t stopped making film except occasionally on demand, I would still be shooting on film. I shot on film and I edited on film for over 40 years, so I didn’t particularly like the transition to digital.”

With a week of “Best of Fest” screenings through May 4, the 2017 Minneapolis St. Paul International Film Festival concludes another year of Midwestern friendliness and happy movie buffs visiting unexpected places through the screen. MM