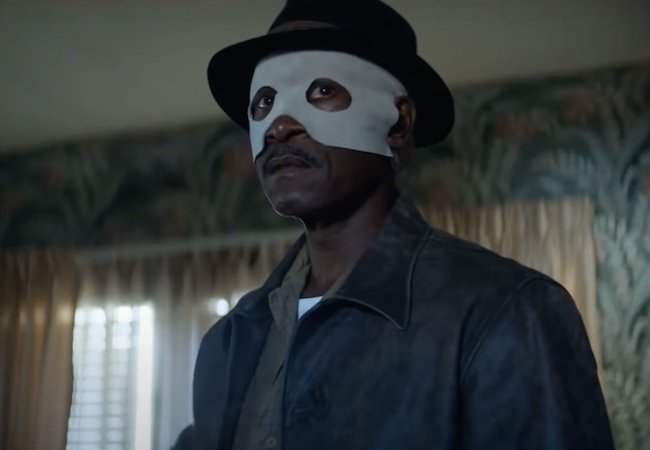 Mike Myers’ New Castmates: The Wayne’s World star has added six actors to the cast of his new Netflix series The Pentaverate, in which he himself will play seven characters, Variety reports. His new castmates are Ken Jeong, Keegan-Michael Key, Debi Mazar, Richard McCabe, Jennifer Saunders and and Lydia West. The six-episode show is about “five men have been working to influence world events for the greater good since the Black Plague of 1347,” according to Variety.

Zola: The latest Hollywood Reporter cover story explains the wild origins of Zola, an “absurdist thriller” about strippers on a road trip inspired by A’Ziah “Zola” Wells King, who detailed her experience in a viral Twitter thread. The film, directed by Janicza Bravo and starring Taylour Paige, Riley Keough, Nicholas Braun and Colman Domingo, is out July 30.

Enter Sandman: Neil Gaiman, creator of the dark, ethereal Sandman comic book series about “the place that we go when we close our eyes at night,” narrates this behind-the-scenes featurette about Netflix’s upcoming adaptation. It’s worth it for the sets, which are “like walking around inside your own dream,” says Gaiman.

Wawa: The Pennsylvania convenience store where my family goes a lot will honor Delaware County-set Mare of Easttown with “Mare of Easttown Day” this Thursday. “Customers of the relocated Upper Darby store will get to enjoy that coffee Thursday free of charge, and the first 100 customers will get a ‘Wawa Delco’ t-shirt,” explains The Hollywood Reporter.

‘Spielberg’s Worst Movie’: Here’s a CNN reporter erroneously claiming Indiana Jones and the Temple of Doom (great movie) is Steven Spielberg’s worst movie, and then issuing an immediate retraction that contains yet another error.

I had blotted that from memory.

I revise my remarks and regret the error.

This Is Why Everyone Should Stay in Their Lanes: As everyone knows, 1941 is Steven Spielberg’s worst movie.

Decide For Yourself: You can enter to win a Blu-Ray set of all four Indiana Jones movies by subscribing to this very newsletter. If you’re already signed up, maybe someone else in your household would like to sign up and you can watch Crystal Skull while they watch Temple of Doom.

No Sudden Move: Here’s the new trailer for Steven Soderbergh’s 1950s-set drama starring Don Cheadle as a babysitter. Doesn’t that sound nice! Oh wait: Apparently he uses a gun to babysit. But seriously, folks, this looks fantastic and will be on HBO Max July 1, after its Tribeca premiere.