Meet Safin, the No Time to Die Bond Villain in a Porcelain-Looking Mask 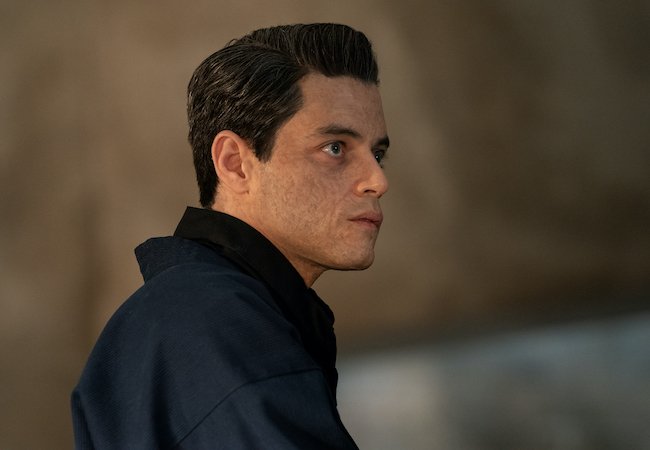 Safin is the name of the new No Time to Die James Bond villain played by Rami Malek, who says his hope was to make the character “unsettling.” A cracked porcelain-looking mask does a lot of the work for him.

In No Time To Die, due out in November after a delay in the spring, Bond (Daniel Craig) has retired to a tranquil life in beautiful Jamaica. You know it isn’t going to last, right? Because here comes Safin, with his mysteriously injured face and knack for making threats and shooting up ice, all of which are on display in the new promo for the film. You can watch here:

Bond’s CIA pal Felix Leiter (Jeffrey Wright), heads to Jamaica to ask for Bond’s help rescuing a kidnapped scientist, but things get weird when a mysterious new villain — yep, you guessed it — turns out to have some dangerous new technology.

The promo fills in some other details. Safin thinks he’s doing good, but his plans involve killing lots of people, which he thinks will make the world “tidier.” It may be months before Bond gets to return to his relaxing Jamaican hammock.

“Safin is a formidable adversary. James Bond has to adapt to him,” Malek says, not giving away too much.

Playing Safin gives Malek a chance to have a little fun after his Best Actor Oscar win for playing Freddie Mercury in Bohemian Rhapsody, a role in which, truth be told, he also seemed to be having fun. No Time to Die is also expected to mark Craig’s final film as James Bond.

No Time to Die, directed by Cary Fukunaga, is scheduled to arrive in theaters in November.