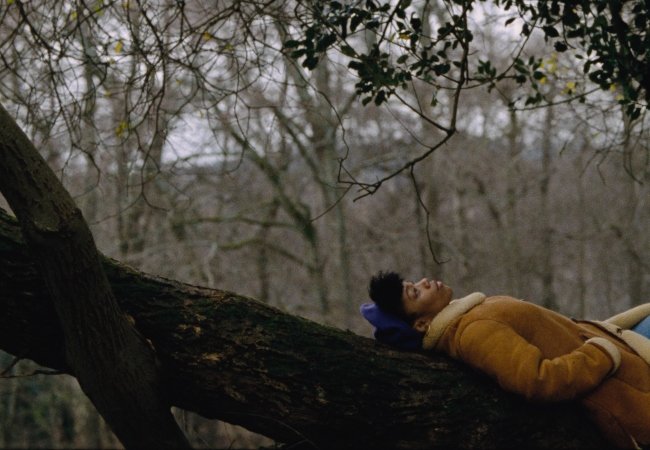 If you’ve seen Season 3 of Netflix’s Master of None and you haven’t personally experienced in vitro fertilization (IVF), you may be surprised at the emotional, physical, and financial struggle involved in the fertility treatment that Naomi Ackie’s character, Alicia, goes through to get pregnant. But if you are familiar with IVF, you may not be surprised at all.

For those who don’t know, IVF is a form of assisted reproductive technology used by women who have had a hard time getting pregnant naturally. It involves a complex series of procedures during which, as the according to the Mayo Clinic explains, “mature eggs are collected (retrieved) from ovaries and fertilized by sperm in a lab. Then the fertilized egg (embryo) or eggs (embryos) are transferred to a uterus.”

According to the Los Angeles Times, Aziz Ansari and Lena Waithe consulted with doctors and patients who have undergone IVF to make sure the show was as accurate as possible. (Ansari also briefly revives his character, Dev, in addition to being the show’s writer and director, and Waithe writes and stars opposite Ackie as Alicia’s ex-wife Denise.)

Ansari said he got the idea for the episode from a friend who was going through the treatment herself, and who just so happens to also be named Alicia.

“I was working on the scripts in a coffee shop in London and I stepped outside and called my friend,” he told the Times. “I ended up being on the phone for about an hour and a half as she went through her whole ordeal and I quickly realized this was an incredibly compelling story and a perfect area for an episode.” 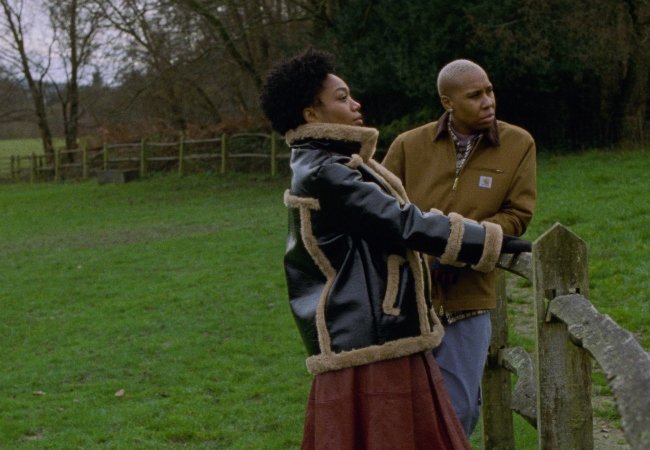 Naomi Ackie as Alicia and Lena Waithe as Denise in Master of None, courtesy of Netflix

The show is also quite realistic about how costly IVF is. There’s a very moving scene in which Alicia consults with her doctor about how much her insurance will cover, only to learn that there is no policy for lesbian women seeking pregnancy — and that she may have to pay out of pocket for costs that would have been covered if she were conceiving with a male partner rather than a sperm donor.

“Millions in our community want to be parents too and we shouldn’t have to feel anxious or othered every time we go to a doctor’s appointment,” Waithe told the Times.

According to a personal essay by a woman who underwent IVF herself, published in Forbes, IVF cost “altogether, conservatively speaking, about $20,000 … for each attempt to have a healthy child utilizing a procedure that is successful (most optimistically) about 40% of the time, depending upon factors such as maternal age and the specific medical circumstances of the parents.”

In Moments in Love, Alicia, who is meant to be in her late 30s, is told by her doctor that her chances of getting pregnant through IVF are 30-40%. It’s a daunting statistic, considering the cost of the treatment coupled with the stress it will cause her, both mentally and physically. And according to WebMD, it’s a pretty accurate estimate: “A woman who is under age 35 and undergoes IVF has a 39.6% chance of having a baby, while a woman over age 40 has an 11.5% chance.”

As an extra measure of accuracy, Master of None employed an on-set IVF consultant. Francisca Steyn told the Times that as a fertility nurse working closely with LGBTQ patients,  she sees the emotional strain that Ackie’s character grapples with in the series “every day.”

“Life has a way of pushing the reality of your situation right in front of your face, so you can’t ignore it,” she told the Times.