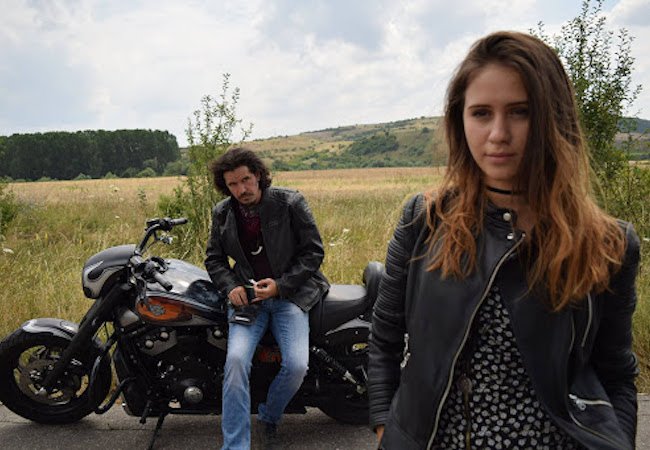 Before she starred in Borat Subsequent Moviefilm, Maria Bakalova played a teenager in a relationship with an older man in the 2018 Bulgarian film Transgression — a role that won her best actress at the 2018 at Toronto’s AltFF Alternative Film Festival.

This week, Bakalova gained international attention for a scene in which her character, Tutar Sagdiyev, aka Sandra Jessica Parker Drummond, lures Rudy Giuliani into a compromising situation in a hotel bedroom while posing as a starstruck young reporter. Now that the film is streaming on Amazon Prime, audiences can see that her role goes far beyond that scene: Almost all of the Borat sequel centers around her and her father’s journey through the United States, and the lessons they learn about gender equality.

Todorov has updated the tagline of Transgression (available on-demand here) to note that Bakalova is now starring in Borat Subsequent Moviefilm. You can watch the trailer here (story continues after the video):

“I discovered Maria in 2016 when we auditioned for the lead in the movie,” Todorov said in an email to MovieMaker. “From the first moment she struck me as fearless, talented and very versatile. This was her film debut and her only leading role. Like in Borat, we did a mixture of scripted scenes with improvised ones often in an environment with people who didn’t even know we were shooting a movie.”

In Transgression, Bakalova plays Yana, an 18-year-old who confesses an affair with an older man on a television talk show. (The older man is a rock star, not a former New York City mayor and current attorney for the president of the United States.)

“Maria Bakalova’s role as Yana in the 2018 Bulgarian film Transgression was memorable to me personally as she brought passion and displayed mastery over a broad range of emotions,” Toronto’s AltFF Alternative Film Festival director Jenell Diegor, one of the judges, told MovieMaker. “We are very happy that more people will now get a chance to see her perform in the new Borat film!”

Cohen said in a Good Morning America interview on Friday that Bakalova, who is Bulgarian, beat out 600 other actresses for the role. She self-taped her first audition, then continued through further rounds that included traveling to London for in-person auditions. From the start, she and Cohen said, she interacted with unsuspecting people who thought her and Cohen’s characters were real. 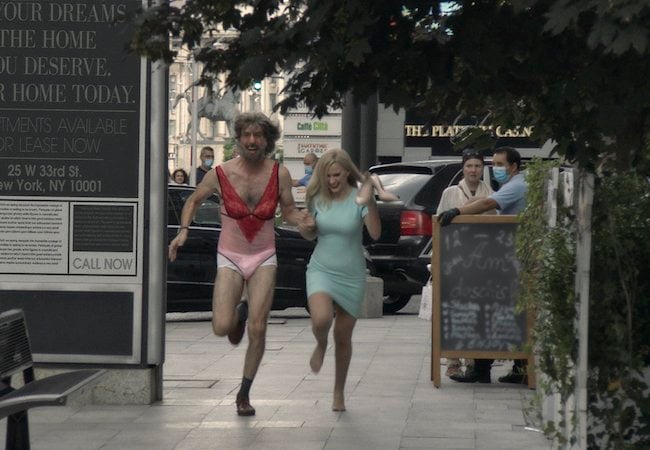 “We started with self-tape. It was an open call. I sent another one and then I went to London, England a few times and we even started with real people in the first audition. It was crazy,” she told GMA. “The most important part was that people would believe in me — that I’m real.”

“She’s hilarious, she’s one of the most courageous actors in history. If she doesn’t get nominated for an Oscar, that’s a travesty,” Cohen added. “And she has the capacity to deliver a scene and make you cry, which is what finally got her the part.”

Bakalova has revisited the Tutar/Sandra Jessica Parker character since filming wrapped — this week Cohen shared a video in which she was able to gain entry to the White House while pretending to be a conservative journalist. The video concludes with Bakalova asking a reporter for a conservative news outlet, “Why is all the fake journalists for the left, and not on the right?”

Trump very careful who he let into his events and house. No Covid test necessary – High 5! pic.twitter.com/Kf5gGk3n2M

Borat Subsequent Moviefilm, starring Sacha Baron Cohen as Borat Sagdiyev and Maria Bakalova as Sandra Jessica Parker Sagdiyev, is now streaming on Amazon Prime. This story was first published on Oct. 23, and has been updated with new details .

How Does Baby Yoda Already Have Jedi Powers in The Mandalorian?
Heath Ledger Almost Made The Queen’s Gambit With Ellen Page Before He Died