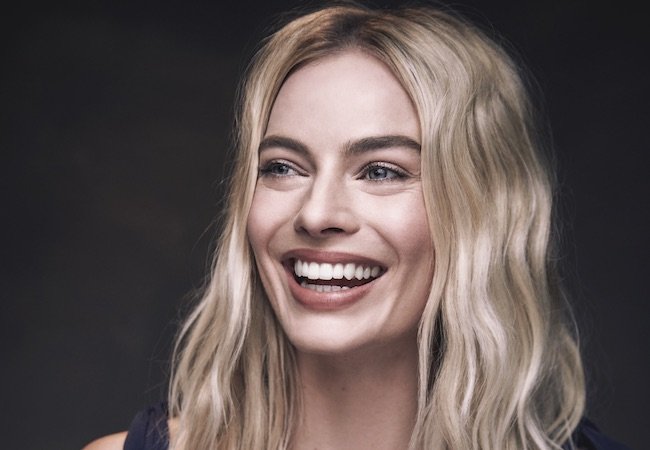 “I just started a fake Twitter account and started following a lot of young Millennial conservative Republican girls,” Robbie, who earned a Best Supporting Actress Oscar nomination for the role, told the MovieMaker Interviews podcast. “There’s a lot of young conservative Millennial women out there who are extremely vocal on their social media. And that was very helpful.”

As quickly becomes apparent on the podcast (see below), Margot Robbie commits to her work, and not just by doing social media recon on young women who parallel her character: She’s so good at accents that we sometimes collectively forget she’s Australian. She went all in on smallpox and white makeup for Mary Queen of Scots. And then there’s the time she smacked Leonardo Di Caprio during her Wolf of Wall Street audition, and jumpstarted her career in the process.

Robbie, who also received an Oscar nomination for 2017’s I, Tonya, is earning accolades galore for her role in Bombshell as Kayla, whose TV ambitions draw the attention of super-predator Roger Ailes. She talks with us about playing a character with whom she has almost noting in common, and how research helps her shape characters.

She also talks about how she used to work at Subway.

You can listen on:

If you enjoy this interview, be sure to check out the next issue of MovieMaker Magazine, featuring a look at Robbie’s Lucky Chap Productions and their upcoming slate of female-focused films, from Birds of Prey to Promising Young Woman to Barbie.

Our second guest, Charles Randolph, talks about how his religious upbringing — including a plot to take Bibles behind the Iron Curtain — informed his script for Bombshell. He talks about why he likes writing conservative characters, his own intense research for Bombshell, and his upcoming scripts about John D. Rockefeller and Hulk Hogan v. Gawker.

14:34: Could Charles Randolph have written Bombshell when Roger Ailes was still alive?

Martin Scorsese’s Biggest Oscar Competition? Joker, a Movie He Inspired
Watching 1917 in 2020, When Our Lives Are More Edited Than Ever