Postcards from Colombia: The Making of Josef Wladyka’s Manos Sucias 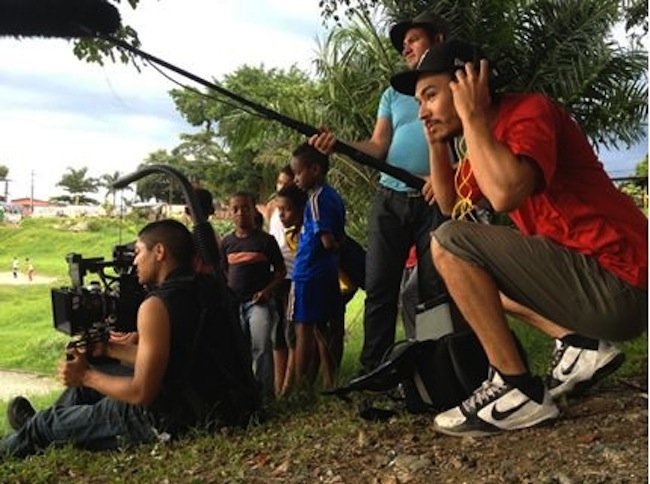 When Josef Wladyka, director of Manos Sucias, arrived in Buenaventura, Colombia to shoot his feature about that country’s notorious drug trade, he found a community of locals eager to accommodate the needs of his film, and learn filmmaking themselves.

Opening up the film to enterprising locals, Wladyka and team cast from Buenaventura’s pool of talented actors, and even held a digital filmmaking workshop during pre-production to train 25 participants in basic camera techniques (Manos Sucias was shot on the Canon Cinema EOS C300 and Canon EOS 7D). The team even hired some of the workshop’s graduates as PAs and camera assistants for the eventual shoot.

We asked Wladyka to compile a photo diary of snapshots from the project’s beginnings (including discovering abandoned cocaine kitchens while location-scouting) to its end, premiering at the 2014 Tribeca Film Festival and opening in select theaters through April and May.

I had been to Buenaventura several times, but November 2012 was the first time I was bringing along my DP, Alan Blanco, and producer, Elena Greenlee, for an official location scout for Manos Sucias. I was a little nervous because Buenaventura can be pretty intense if you have never been there before. I was worried they were both thinking, “What has Joe gotten us into?”

In this picture, our driver pulled over on the side of the road to buy some guama fruit for us to try. Alan’s hair (right) was on-point.