How Does Baby Yoda Already Have Jedi Powers in The Mandalorian? 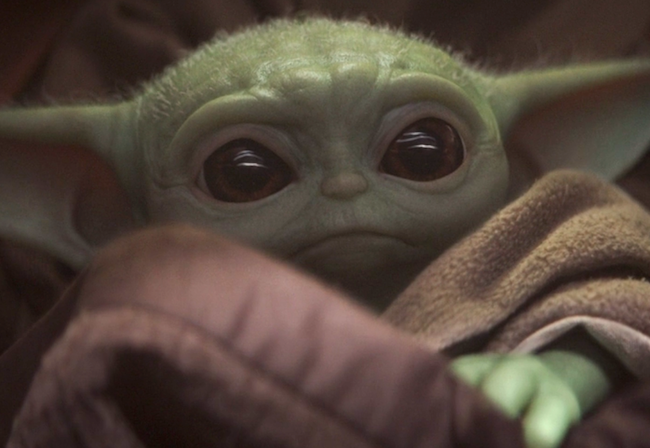 The Mandalorian dropped a proton bomb in its second episode by revealing that Baby Yoda has pretty formidable Jedi powers for a child who is merely 50 years old. Later episodes only added to the intrigue, and the Mandalorian season finale, entitled “The Redemption,” included perhaps the most impressive display of Baby Yoda’s Jedi powers.

A lot of people are rewatching The Mandalorian now, or discovering it for the first time in light of the show’s 15 Emmy nominations. Casual Star Wars fans and Mandalorian die-hards alike may be curious why Baby Yoda already has Jedi powers, given his relative youth. We’ve done our best to make sure this explanation makes sense to everyone.

One great joke in The Mandalorian is that in the aging process of whatever species Baby Yoda is, 50 years old is very young. Hence the Baby Yoda nickname, and many characters referring to him as “The Child.” Remember that when the original Yoda died in Return of the Jedi, he was about 900.

Also Read: The Mandalorian Is on a Mission to Unite the Best and Worst Parts of Star Wars

Given that Baby Yoda can walk a little but not quite talk, Baby Yoda has the physical capabilities of a human who is about two years old. It’s probably safe to guess that at no time in his first 50 years, which we can assume were mostly spent resting inside a floating oval bassinet, did he undergo the kind of Jedi training that Yoda administered to Luke Skywalker on Dagobah in The Empire Strikes Back.

And yet, in the second episode of The Mandalorian, Baby Yoda was able to use his mind to stop and levitate a hulking monster called a Mudhorn. And in “The Reckoning,” Baby Yoda displayed healing powers that were previously unseen in any Star Wars film. (These powers also popped up in the last of the new trilogy, The Rise of Skywalker.)

Baby Yoda has also demonstrated a Darth Vader-like gift for choking people without touching them. Yow. And the season finale, “The Redemption,” shows The Child using his Force powers to save himself and his friends from a flamethrower.

In the Mandalorian season finale, The Mandalorian (whose name, we learned in the episode, is Din Djarin) explains that Baby Yoda’s “species” has special powers. It’s an interesting thing for him to observe, because up until this point, it seemed as if Baby Yoda might be the only one of his species that Din Djardin had ever met. (We soon learn that a past Mandalorian once did battle with a race of wizards who had the same powers as Baby Yoda.)

So how does Baby Yoda already have Jedi powers at the young age of 50? The answers seems clear. But if you’re one of the many Star Wars fans who likes to pretend the prequels don’t exist, you’re not going to like it.

The prequels introduced us to another young character who had unexplained powers, and that character was of course the future Darth Vader, Anakin Skywalker.

The original three Star Wars films never explained the source of the Force, which was perfectly fine. We accepted that the Force was just something that existed, and we liked it that way. Similarly, the original trilogy didn’t give us too much of Vader’s backstory, because the mystery made him more compelling.

With the prequels, Star Wars mastermind George Lucas rethought those good decisions. He decided that Darth Vader needed a deep origin story (he didn’t!) and also that the Force needed more explaining (again, everything was fine!). And so with 1999’s The Phantom Menace, Lucas went deep into both — by introducing the rather exhausting concept of “midichlorians.”

“Midichlorians are a microscopic life form that resides within all living cells. … And we are symbionts with them.”

Anakin, who was obviously a real dummy at this point, asked, “Symbionts?”

Qui-Gon then Jedisplained that symbionts are “life forms, living together for mutual advantage” adding that, “without the midichlorians, life could not exist, and we would have no knowledge of the Force.”

It turns out this is great foreshadowing for The Mandalorian—or, more likely, that The Mandalorian creator Jon Favreau is using the show to very skillfully weave together a lot of forgotten Star Wars history, and redeem some of the less-beloved aspects of Star Wars lore. He’s trying to bring cohesion to everything from the original three films to the prequels to the much-maligned Star Wars Holiday Special.

We’ve never been told what species Yoda was. But given that the movies have only ever introduced us to two characters, prior to Baby Yoda, who look like Yoda, it’s safe to say the Force is strong with whatever species they are. One is Yoda, and the other is his female counterpart, Yaddle. Both Yoda and Yaddle served on the Jedi Council, which means they were among the most powerful and respected Jedi.

Maybe Yoda and Yaddle are Baby Yoda’s parents. Or Baby Yoda is a clone of one of them. We just don’t know.

There are lots of theories that the mysterious Dr. Pershing wants Baby Yoda to clone him for nefarious reasons. The third episode of The Mandalorian, “The Sin,” added fuel to those theories in a brief scene in which Mando eavesdrops on a conversation between the mystery man known as The Client (Werner Herzog) and someone who seems to be Pershing (Omid Abtahi).

“Extract the necessary material and be done with it,” The Client instructs.

“It” is clearly “the child” or “the kid,” better known as Baby Yoda. The “necessary material,” we can reasonably guess, is from within Baby Yoda. And since we know, thanks to boring old Qui-Gon, that midichlorian exists in every living cell, we can reasonably surmise that Pershing has been ordered to extract midichlorian-rich cells. (The presence of an Imperial interrogator droid during Mando’s rescue of Baby Yoda is interesting, but perhaps the droids can extract cells as well as they inflict pain?)

One of the joys of The Mandalorian is that you don’t need to worry about any of this to enjoy the show as a rollicking space Western. Maybe Favreau will never even bring up the midichlorian thing, so that people can enjoy a sense of mystery and wonder. And those who want more information about Baby Yoda can Google things like, oh, I don’t know: “How Does Baby Yoda Already Have Powers?”

Whatever the case, we can bet that Baby Yoda has innate Jedi powers because of an off-the-charts midichlorian count. Maybe even higher than Master Yoda’s.